On August 6th in Cynthiana, Kentucky a scene straight out of The Walking Dead took place amidst quaint downtown streets.  There were crashed cars, a downed plane, lifeless bodies wrapped up in an attempt for preservation, and the undead rose to walk among the living as the town existed in the throws of a post-apocalyptic zombie invasion. 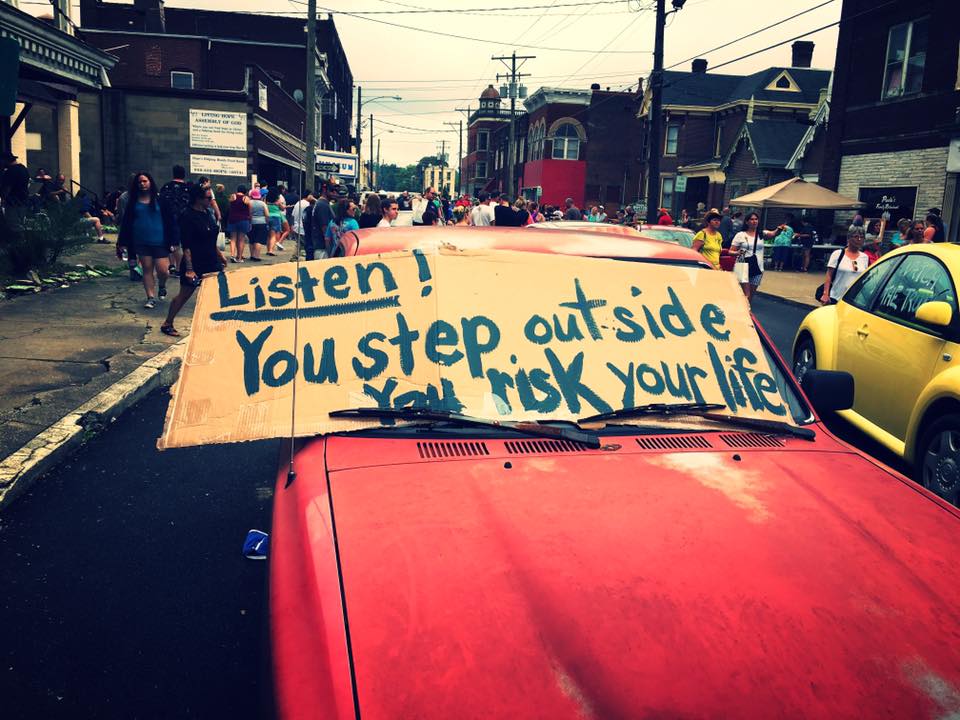 The town, where The Walking Dead mastermind’s Tony Moore and Robert Kirkman were born, proclaimed that August 6th of 2016 was the official Walking Dead Day as it rolled it’s welcome mat out to visitors from all over the country, both living and unliving.

Multiple streets were shut down and buildings closed as all traces of normalcy quickly evacuated and tried to find refuge in Atlanta, Georgia.  There were signs posted in windows saying ‘Zombies, Keep Out’ and others deemed places of refuge for survivors before their own attempts to leave Cynthiana behind.  Cars were abandoned with messages on the windows for family members and friends that couldn’t be located and there was a sense of  terror as you navigated your way through the zombie invasion.

Of course, it wasn’t all scary, as some brave survivors decided to stand in the middle of the ruins and sell snacks, refreshments, memorabilia, and even deserts with brains and body parts to all the living and walking dead who found home in Cynthiana on that warm Saturday afternoon.

If you were particularly lucky, you could have been one of 10,000 who went home with a limited edition comic book by Kirman and Moore just for guests to The Walking Dead Day! 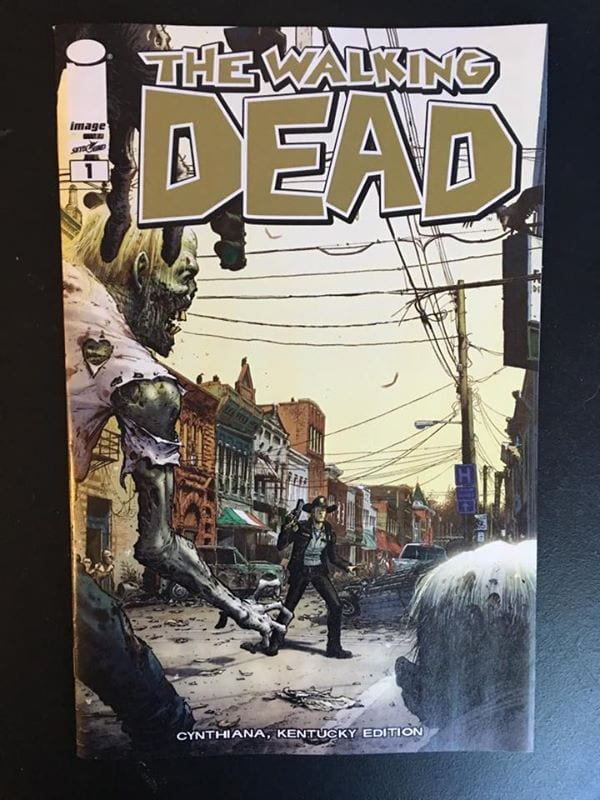 Tony Moore and Robert Kirkman also signed items for survivors and zombies alike as they hosted Q&A’s, meet and greets, and braved the apocalypse themselves.

In addition to the fun activities of the day, as you made your way through the ruin there were zombies hiding under campers and cars, behind planes and buildings, and even in the middle of the streets – playing dead until they found someone walking among them that had a brain ready to be devoured. Trailers brought in hoards of zombies to be released in the middle of the streets and a big place of impact was the mural that recently went up in downtown Cynthiana, where fans saw larger than life portraits of their own Walking Dead heroes. 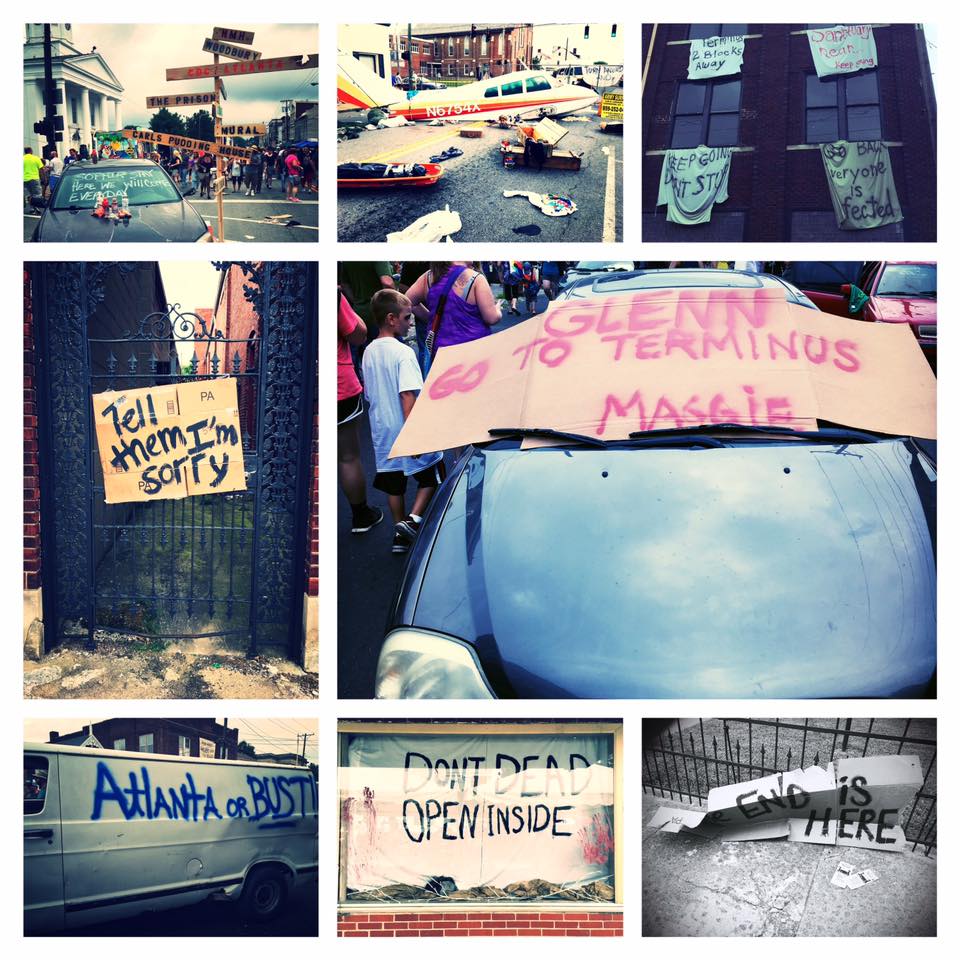 This special day was certainly one of a kind, and while it’s the only proposed day of its kind, we wouldn’t be surprised if Cynthiana makes this something that happens more than once.  It was a special honor to be part of a day when an entire town came together to honor something as awesome as The Walking Dead.

If you want to see more pictures, posts, and videos from Cynthiana, you can check out the official Facebook page of the event so you can catch up with all the undead!