Watching Better Call Saul it is easy to get wrapped up in the love you have for Jimmy McGill and forget the type of slime ball lawyer that he will become as Saul Goodman. That’s the real gift of Saul, presenting us with a character that we know is going to transform into a self serving, selfish, conning, asshat and making him loveable. When I first started watching the show I patiently spent the majority of the first season to see Jimmy turn into Saul. Then something happened, Jimmy won me over. Here is a character filled with moral and family strife wanting to do good but not necisarrily knowing how to walk the straight and narrow. Which usually resulted in his good deeds being clouded by questionable methods. Those were easy to over look because the show creators have done such a terrific job allowing us to fall in love with Jimmy McGill. Sure he’s a mess but he’s well intended and just wants to be loved. This in turn makes the transformation into Saul a bit more heartbreaking, but last nights episode went out of its’ way to show us that Jimmy… well he’s not as loveable as we want him to be.

Opening the show with a flashback was important to the rest of the episode narrative for a number of reasons. For three seasons we heard about Slippin’ Jimmy and his actions and how he took advantage of his father, but last night we actually got a taste of that person… and he was every bit the jerkface that we’ve been trying to ignore. The story Jimmy tells about his father being the nice guy who was constantly pushed over is parallel to the Jimmy we’ve seen post suspension. I think that’s part of the problem here and why we see him reverting back to his old ways. At this moment in time Jimmy has nothing. Nothing. Despite how hard he tries he’s making no progress and it seems that life is spinning out of his grasp at a time where it seemed like he had finally settled down. In a lot of ways I believe that Jimmy is feeling like his father, a push over who will always be taken advantage of and ultimately amount to nothing. Which is his biggest fear. Being average. 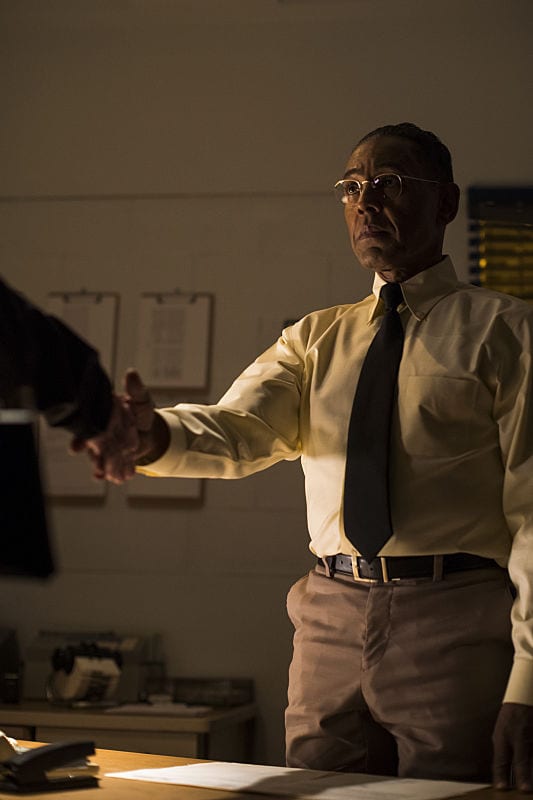 The return of Slippin’ Jimmy is not a surprise but it is still disappointing. For the first time in the tenure of Better Call Saul we see that deplorable slime ball that’s waiting to emerge. The well placed drum stick, the dramatic “back hurting” fall, the challenge of a fake law suit, taking money from a drug dealer, the smug victorious playing of the guitar are all characteristics that bring a tinge of heartbreak with them. Outside of the drum stick gag those other things might have been considered charming a couple of weeks ago, but there is so much anger brewing in Jimmy right now that it’s hard to side with him here. Of course I want to see him get rid of the commercials, find a way to pay his share, but not by comprising his soul. Despite knowing the outcome of this show it still stings watching the transformation. As much as we need Saul Goodman for Breaking Bad, I personally don’t really wish to see him.

Especially when you look at Chuck as the flip side. Here’s a man who has had everything stripped away and has been dealing with a self inflicted medical issue. For the three seasons that we’ve known him, Chuck has slipped further and further from civilization and a life worth leading, and now suddenly he’s play the Jimmy roll. While he’s still struggling with his “disease” Chuck finds himself to be much more carefree with trips to the grocery store, planning parties, and surrounding himself with friends. That’s quite the one eighty for a man who has spent the majority of this series wrapped in space blankets. All it took was letting go of Jimmy. I wouldn’t say forgiving, but just letting go. Understanding that Jimmy is going to be Jimmy and there is nothing he can do to change that. Ever. Both of them proved their points in the courtroom and now one of them is moving on while the other is drowning in the outcome. Who would have thought it would go this way though.

Meanwhile Nacho, Mike, Gus, and Hector have their own drama that’s playing out and man things are getting tense. I think the highlight of this episode was Nacho’s struggle to vanquish Don Hector in order to preserve his father’s innocence. I strongly believed that this plan was screwed since jump street but again the show runners did an amazing job of making it seem not only plausible but possible. I loved how the show tensely showed Nacho filling the pills with his death concoction and practicing throwing it into a sport coat. There were a million ways for this to go wrong and when it came time for Nacho to make the actual switch I sat in my chair fully anticipating the rattling of the prescription bottle as it hit the floor. But my man Steph Curryed the shot in one of the shows most tense moments. Now I don’t know what to think. I thought this plan would go no where and it currently looks like a success. With the existence of Breaking Bad and Hector’s outcome I find myself questioning what’s going to happen next. That’s an incredible feat for a prequel show to pull off and goes to show just how engaging and riveting this story has become. 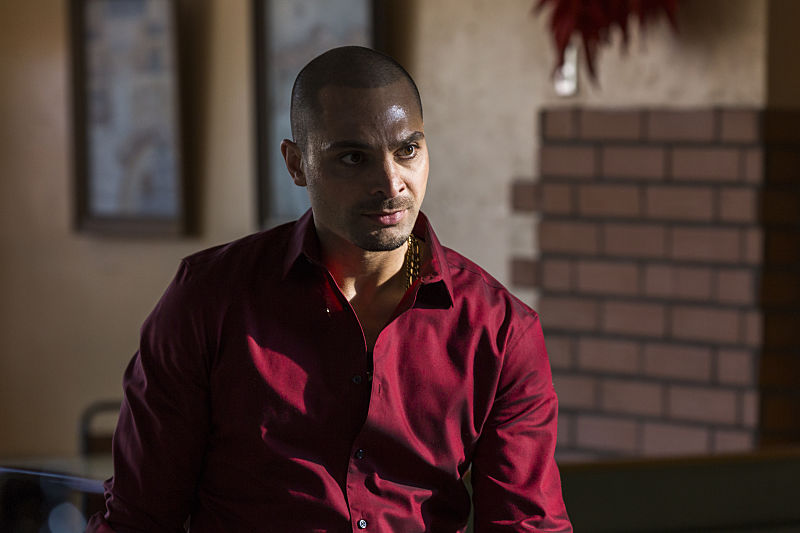 Speaking of Breaking Bad, we got to see the birth of one of the shows strongest relationships with Mike and Gus shaking hands as business partners to close the episode. I couldn’t help but feel angry at Walter White during this scene, especially when Gus tells Mike that he would never take money from his family. Had Walter not been such an egomaniac not only would Gus and Mike still be alive, but there was the hope if anything ever did happen to Mike, then his family would be taken care of opposed to all of that money never reaching it’s intended recipient. Damn it Walter!

There you have it Geeklings. Only two episodes left in the season and it seems that Jimmy is slipping down a darker path (pun intended!). How do you see this season wrapping up? Will Nacho’s plan work? What will Gus and Mike’s first business adventure be? Is there any stopping Jimmy’s decline? Sound off in the comments below. As always if you’d like to talk more Saul or Breaking Bad you can find me on Twitter @iamgeek32. Until next my friends!