Shows that have anti-heroes at their centers are a fickle bunch. We are presented with morally corrupted characters from the start and told to root for them. Granted, as a viewer you have every right to turn against this character, they’re not good people after all, but those of us who stick around to watch don’t leave because sometimes bad is a bit refreshing. Try and think back over the course of your life to every movie, book, or comic you’ve ever read. Now tell me, who was the most interesting character? Usually it’s the villain because they’re the most flawed. Yes the hero is what attracts you because they’re there to save the day and make everything right, but pair them up with a cool villain and that villain is going to steal some of that spotlight. Why do you think the Joker is so popular? It’s not because he dresses like a clown.

I’ve always been a big fan of anti-hero shows, dating way back to The Shield and The Sopranos, which is why I probably review a variety of shows here with a variety of morally corrupted characters leading the charge. Yet, I never hated any of these characters. Sure, it would have been easy to hate Vic Mackey and Tony Soprano but behind their evil deeds there was a character I was rooting for. Maybe it was my love for mafia lore or the idea of a cop who can be both just and unjust, but I never turned on either one of these characters. Not fully any way. There were times where they made it difficult but I stayed true to them. I’m not sure what that means about me as a person but there it is. 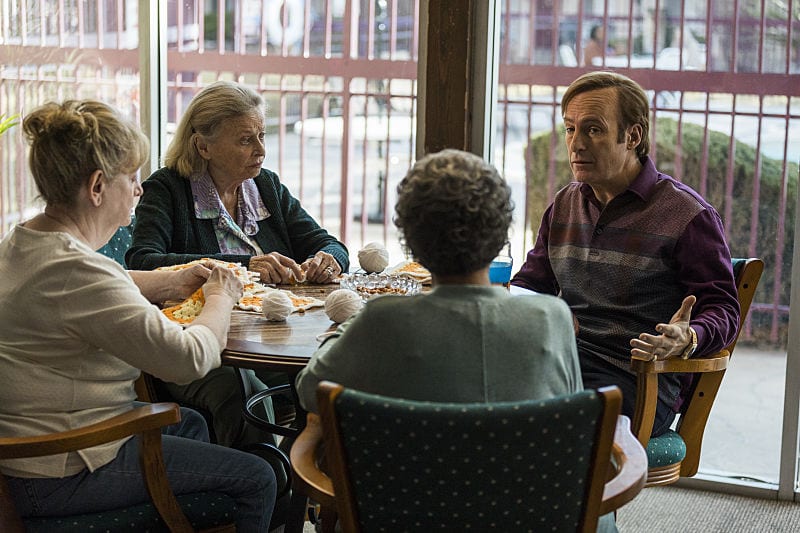 It wasn’t until Breaking Bad where I actually turned on my first anti-hero. It started around season two with the hug in the meth den and it was sealed some where in season three, but I found myself hating Walter White. Everything about him was deplorable to me, but it didn’t stop me from watching the show. The character enthralled me but I hated him so much. There was a large part of me that wanted Walter to get his. If this was a social media movement then I was totally #teamjesse but with each passing episode I watched as Walter White dived deeper and deeper into the darkness that made him whole, and I rejected him. I couldn’t accept him or his actions any more because they weren’t coming from a place of a flawed character, they were rooted in a deep sense of identity. Walter White was always the person we saw transform throughout the course of Breaking Bad. He just needed the outlet for it. It’s hard to root for someone that we know is inherently evil.

That’s what bothered me the most about last night’s episode of Better Call Saul. That was the first time since this series started that I found myself hating Jimmy McGill. I couldn’t rationalize his behavior as cheeky or “shady but mostly harmless” anymore. This was some Walter White like behavior. I’ve said it here a number of times that I believe that Jimmy’s cons are coming from a good place (oxymoron much?). Yes the actions are crappy but he’s mostly doing them for a good cause like helping Kim regain a major client. That’s admirable in it’s shadiness. Last night though Jimmy crossed a line and I don’t expect him to come back from it. 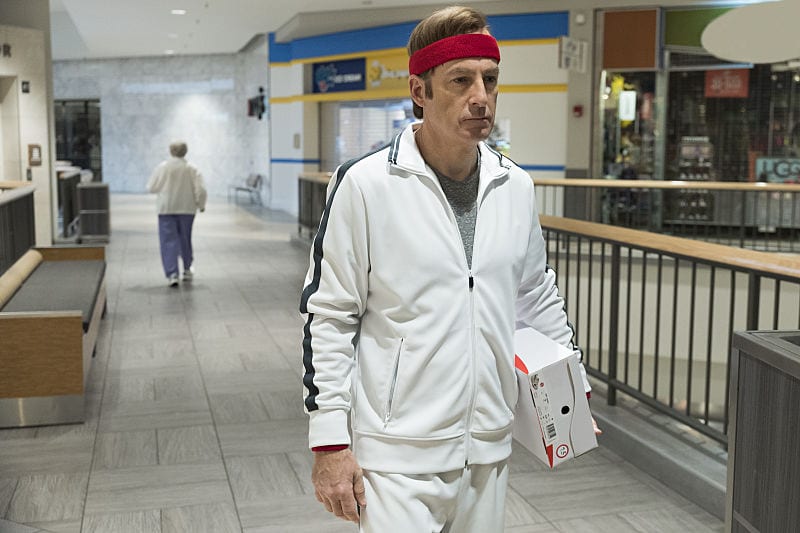 What bothered me the most last night was this was the first time my girlfriend watched Better Call Saul. I know the episode before the season finale of season three isn’t the most ideal jumping on point but she watched Breaking Bad and she’s super smart. She was able to connect the big lines, but that’s besides the point. I sat there watching with her as Jimmy manipulated this poor old woman and turned her community against her and all I kept thinking was how disappointed I was in Jimmy. That this would be my adorable creature’s first experience with him and how she would judge him because of it. Even if she goes back and starts the series from the beginning, this moment will always be the measuring stick for Jimmy McGill, and that bothered me because this isn’t Jimmy McGill. This is Saul Goodman. Maybe even Saul Goodman with the volume turned up to eleven.

I tried thinking back to Breaking Bad if Saul had ever committed an act as heinous as turning an old folks community against one cookie cat loving old lady and I honestly couldn’t. Don’t get me wrong, Saul does some pretty crappy things throughout Breaking Bad but this seemed not only vindictive and cruel but also kind of personal. I get the fact that money is super tight for Jimmy at this point having his license suspended and he’s scrambling to keep his end of the bargain up with Kim, but I naively thought that we would draw the line with assisting drug dealers and conning local businesses. A small part of me believed that the rest of the season would be Jimmy pulling off some small, douchey cons in order to keep making money and I was okay with that because those actions were coming from a good place. Jimmy doesn’t want to ever let down Kim, in fact one could argue that everything Jimmy does is for her, so scratching, clawing, and stealing money becomes almost a forgivable offense because we love Kim also.

You know who doesn’t love Kim? Saul Goodman. If he did then he would have clearly noticed that Kim is stretched thin beyond her means. That as she’s prepping binders and going over notes that his want to celebrate is not only offensive but almost openly mocking her. Kim really is busting her ass while wrestling with guilt over her connection to Jimmy’s actions all while trying to make a name for herself, so when Jimmy asked for “five god damn minutes” I cringed. All it would have taken was five minutes on his part. Just five and maybe he could have prevented Kim’s episode closing car accident cause. But no. That was Saul Goodman at his most childishly selfish behavior, and because of that, holy crap guys, Kim should be dead. Saul Goodman wouldn’t lift the blinders though. All he saw was the dollar signs. All he ever sees is the dollar signs.

Speaking of dollars signs, Saul doesn’t even get all the cash money he could have here. In fact there’s no real proof that this thing is going to be settled yet. He’s going on the feeling that his manipulation and cruelty has done enough damage where everyone’s favorite yoga chair loving old lady will have to give in. Real champion this guy is. The only person who actually calls it straight here is Howard, and you know how I feel about him (#bagofds), but he’s the only one to call Jimmy out on who he is and what he’s doing. If this conversation had happened a couple of weeks ago I’m sure I would’ve been here telling Howard to shut up, but right now I’m finding myself hard pressed to argue with him. 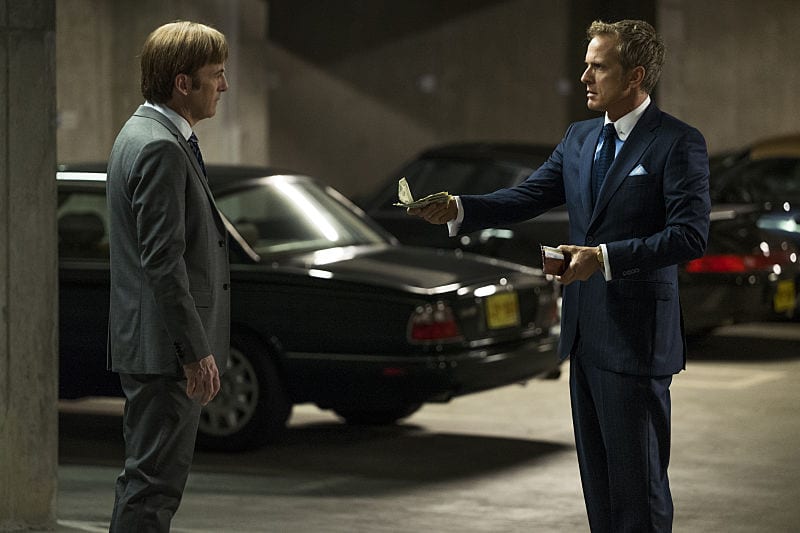 What’s incredible about Better Call Saul, and Breaking Bad as well, is how quickly our perspective on a character can change. Five or six episodes ago I was here talking about how Chuck was an unloving brother who helps create the Saul Goodman character, and here we are now and I find myself rooting for Chuck and his potential lawsuit against the firm. I fully expected the results of the trail to change everything but I didn’t expect it to change my perspective on characters. Suddenly it’s Jimmy who is becoming the selfish, self absorbed, monster and it’s Chuck who has become the under dog story. Who among us saw that coming?

This is something that rings true for the majority of characters on Saul though. My relationship with Nacho started off rocky and now I find him to be one of the most engaging characters on the program. That scene last night with his father was heartbreaking, and the fact that his poison pills don’t seem to be working have me genuinely concerned for Nacho’s future. I’m already hoping that he’s able to patch things up with his father before he goes. Ugh.

The only characters who have stayed consistent for me have been Mike and Gus. We know who these men are and more importantly they know who they are. It seems that no other characters on this show have as solid a grip on their identities as Gus and Mike and that’s why they become the most unwavering. Mike is Mike. I know that ‘s not much of a description but for those of you who watch the show and Breaking Bad it somehow makes complete sense. The same can be said about Gus too. That’s why their partnership is so important. These are probably the only two characters in this entire universe who never change their stripes. Seriously, think about it and get back to me.

With one episode left in this season Better Call Saul really turned on the heartache. I felt for that old woman as her friends were ripped away from her by some crafty, back alley, commercial character. I felt for Kim running her car off the road and almost off that bluff. I felt for Chuck who is fighting to re-establish his identity. I felt for Nacho who fought to protect his father but ultimately loses him in the end. I felt for my girlfriend who will never get to know Jimmy McGill like I did. And most importantly I felt for Jimmy McGill… wherever he is now.

What did you think Geeklings? Be sure to sound off in the comments below or find me on Twitter @iamgeek32. Let’s talk this one out.