“Lizzie Borden took an ax,
and gave her mother forty whacks.
And when she saw what she had done,
she gave her father forty-one.”

Welcome back to my newest ‘A Journey into the Haunted‘ as we visit the ‘Lizzie Borden House‘. This story has been around for many generations and is probably one of the country’s most famous cold cases to ever shock the nation. This story is as old as time that and we even have children singing a nursery rhyme about the murders because we are so intrigued by it. I am sure by now you have all heard the story of Lizzie Borden however just in case I will give you the history of what at the time was considered the most shocking scandal to ever happen and why the now infamous house has claims of being haunted. 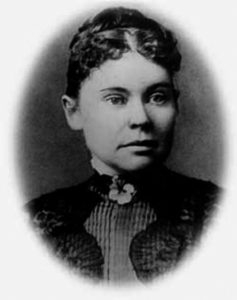 Lizzie Andrew Borden was born July 19th, 1860 to Sarah Anthony and Andrew Borden in the small town of Fall River, Massachusetts. Lizzie had an older sister named Emma Lenora Borden who was three years older than Lizzie. Both young ladies had a religious and strict upbringing and were respectful of their parents.

However, three years after the death of their mother Sarah, Andrew married a woman named Abby Durfee Gray. It was learned that Lizzie referred to her stepmother as “Mrs. Borden” and that she felt that Abby had only married Andrew for his money. Tenison inside the home grew over financial and real estate matters. Then on Thursday, August 4th, 1892 horror erupted throughout the Borden House. 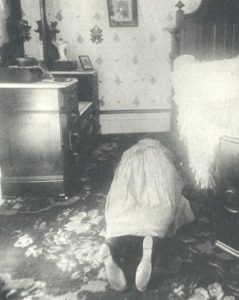 Between 9:00 A.M. and 10:30 A.M. Abby Borden was cleaning the guest room upstairs. Abby was making the bed after a guest Mr. John Morse had slept over the night before. According to the investigators she had been facing her attacker. She was struck on the side of the head many times and then hit 17 times directly to the back of the head once she was down until she was dead. Her body was left on the floor in a bloody mess between the wall and the bed. All that was visible from the door were her legs. The killer then moved on to their next victim as if they did not have a care in the world. 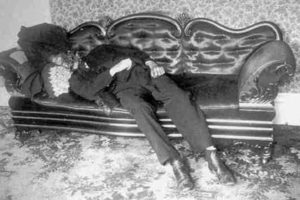 Andrew Borden had finished breakfast with the house guest John Morse who left to visit a relative and Andrew had left for his usual morning walk. He returned to the house around 10:30 A.M. His body was “discovered” by Lizzie on his couch in the downstairs sitting room where he often napped. He had been struck 10 or 11 times with a hatchet. It was described in one source that his eyeballs had been split cleanly into two suggesting he had been asleep when attacked.
From the very beginning, the police began to look at Lizzie Borden as a suspect for many reasons. Her answers were always slightly different when they questioned her, her alibies were not airtight and she had plenty of motive. She even went as far as burning a dress following the murders which she claimed had paint on it which of course the police would claim was blood. So, with these things in their pocket they decided to put Lizzie Borden on trial for the deaths of her father and stepmother on June 5, 1893. 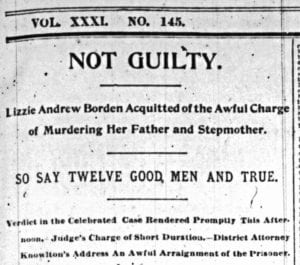 However, each piece of evidence that was brought before the jury was broken down and eventually, Lizzie was found not guilty of the murders. These murders remain unsolved to this day. Many believe that Lizzie was the murderer but managed to lie her way out of a conviction. Some believe it was her sister Emma or even the Borden’s maid Bridget Sullivan or the houseguest, John Morse. As I said it is one of the nation’s oldest cold case on record. For two people to be brutally murdered in their own home during the day with no-one seeing anything is scarier than any ghost story to come out of the Borden House today.

Lizzie Borden eventually died of pneumonia on June 1st, 1927 while still living in Fall River, Massachusetts and her sister Emma which she was estranged at the time died a few days later in Newmarket, New Hampshire. 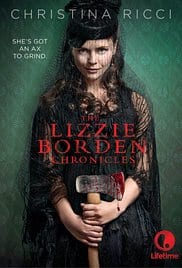 The story of Lizzie Borden has fascinated the world from the moment the murders took place however the fascination is still alive and well in Hollywood. In 1975 ‘The Legend of Lizzie Borden‘ starring the great Elizabeth Montgomery as Lizzie took us by surprise as we learned their version of events were that she committed the murders naked. In 2014 Christina Ricci swung the ax in ‘Lizzie Borden Took an Ax‘ then in a spin-off in the ‘Lizzie Borden Chronicles‘. There are so many other made for T.V. movies and short stories that have made Lizzie a movie star without her even knowing.

Now to the point of this article is the Borden House haunted? As a ghost hunter, I have not been on the property to do my own investigation.  I do know that one cause of a haunting is when a spirit cannot find peace. So, I can imagine that if the spirits of Andrew or Abby Borden are trapped inside the Borden House trying to find peace or trying to bring their killer to justice then I can imagine that their home is haunted. There have been many reports of a woman weeping and crying. There are also reports of footsteps and things being moved around the room. These could be the spirts of Abby and Andrew Borden. Also, if Lizzie was the killer she may be damned to spend her eternity trapped inside the walls with those she murdered as her penance for her crimes. This again is a location I would love to investigate but may never get the chance but if you are ever in the Fall Rivers Massachusetts I urge you to check it out for yourself. I think you can now actually stay the night in the Borden House and find out first hand if it is haunted. If you are interested in more information, go to www.lizzie-borden.com If you do please be sure to let me know how it goes….Happy Haunting

‘A Journey into the Haunted’ Visits ‘Chickamauga Battlefield’