Have you ever realized just how much food is mentioned on the AMC hit series The Walking Dead?  Carl’s pudding, Carol’s cookies, Carol’s casserole, Hershel’s spaghetti Tuesdays and Wednesdays, and the list goes on and on.  Have you ever wanted to actually make one of the dishes that’s been mentioned on the show?  Come one, we’ve all wanted to actually try one of Carol’s Cookies, right?  Well, now you can!

Coming this fall, just in time for you to whip up some delicious dishes in time for the season 8 premiere, The Walking Dead: The Official Cookbook and Survival Guide will be released.  The book, which is currently available for pre-order over on Amazon.com, will contain recipes for all your favorite food treats mentioned on The Walking Dead like Carl’s pudding and Carol’s baked goods and more!

Entertainment Weekly gave us a sneak peek at one of the most prized recipes from the series, Carol’s Beet and Acorn Cookies!  Check it out below: 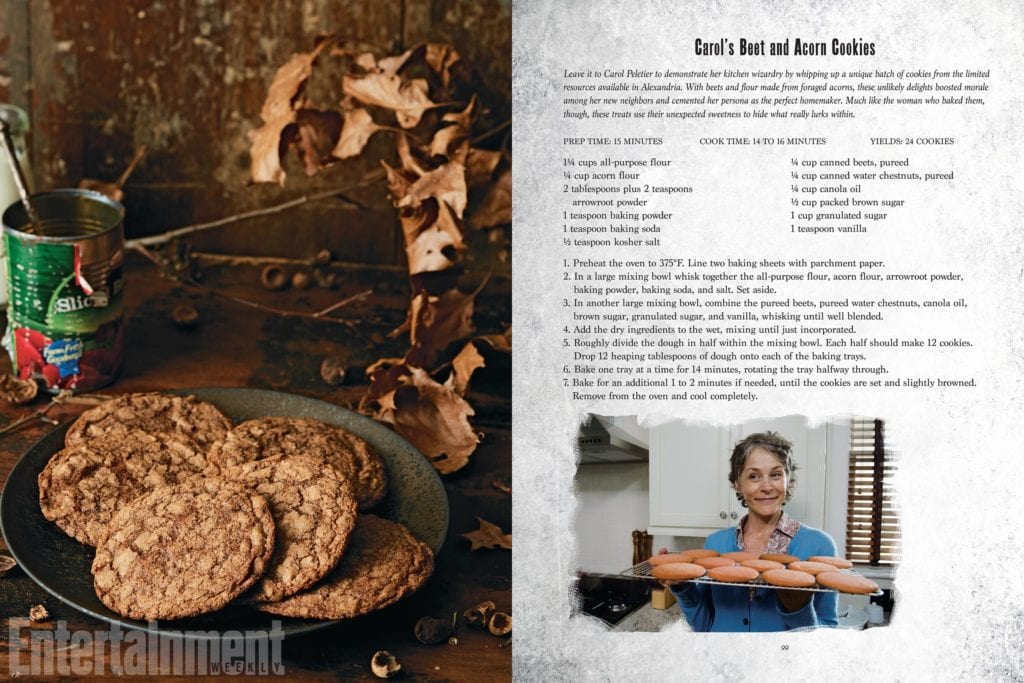 Below is the official description for the cookbook.  We can’t wait to try some of these out for our premiere parties!

Based on the hit AMC television series, this cookbook is packed with life-saving tips and unique recipes inspired by The Walking Dead.

The Walking Dead: The Official Cookbook and Survival Guide details the skills and recipes you need to survive (while avoiding being eaten) during a walker apocalypse. Inspired by the hit AMC television series, the book features recipes for meals featured on the show, plus food and drinks inspired by key characters and locations, along with expert information on foraging, hunting wild game, and outdoor cooking. Featuring familiar treats like Carl’s pudding, Carol Peletier’s baked goods, and Hershel’s spaghetti, this is the ultimate gift for fans and walker-wary survivalists alike.

The Walking Dead: The Official Cookbook and Survival Guide will officially be available to purchase on October 10, 2017.  The Walking Dead will return to AMC on Sunday, October 22nd at 9 pm EST. 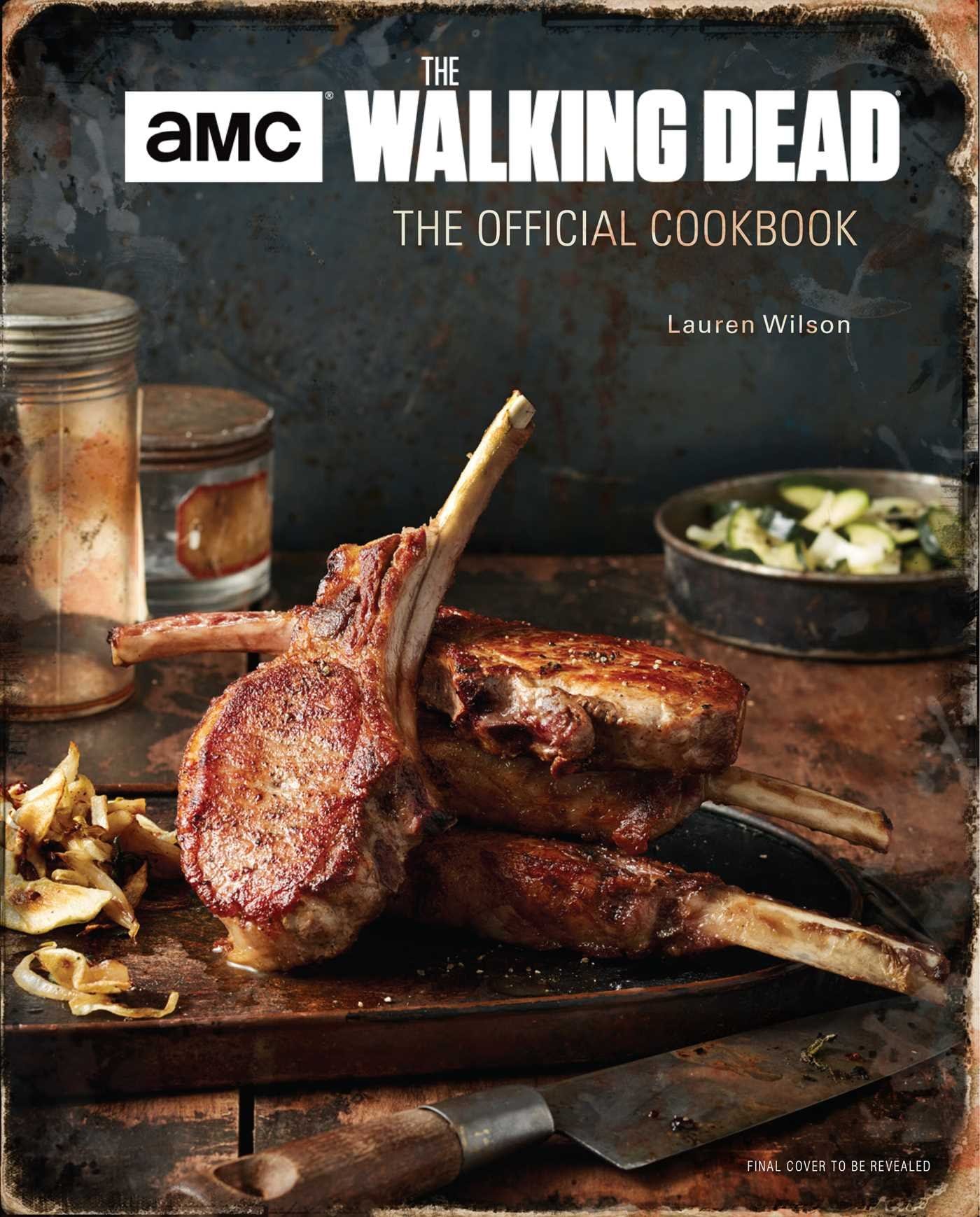 Home » Featured » You Can Bake Carol’s Beet and Acorn Cookies with ‘The Walking Dead: The Official Cookbook and Survival Guide’