Since the season two finale of The Flash everyone has been buzzing about Flashpoint, and with Grant Gustin revealing that the title of season 3 episode 1 would be Flashpoint the fan boys and girls may have reached their breaking point! As we have talked here several times, in the comics during the Flash Point story line Barry alters his time line and that leaves ripples in time, one of those ripples is Bruce being the one to die in the accident outside the theater that faithful night. Martha Wayne loses her mind and becomes the Joker while Thomas Wayne become Batman. A fan asked Jeffery Dean Morgan who played Thomas Wayne in Batman V Superman: Dawn of Justice about how he would feeling playing Batman in a Flashpoint reality, check out our article to see his response.  Today we are going to look into the comics to see a couple others who have worn the cowl. With the recent uptake in Flashpoint talk I am sure if you check back here you will soon learn a little more about Thomas Wayne’s time as the Bat.

Lets start at the weirdest and work our way to my favorite, any guesses who it might be? If you have read Meet the Robins you would know my favorite!! This list isn’t everyone we have seen some straight villains wear the costume such as Dr. Hugo Strange at one point along with Deathstroke. There is also the future Batman, Terry McGinnis who started out on the Batman Beyond TV show and continued on to the comics. This list is going to focus on current characters who were filling Bruce’s pointy ears at his request or because he was not around to do so.

Jean-Paul Valley is an interesting fellow who before becoming Batman went by the name Azrael. He was genetically mortified child grown for the purpose of serving The Sacred Order of St. Dumas. Jean-Paul grew up not knowing about any of his legacy until his fathers death. Valley goes to Switzerland to learn about the Order and Azrael and comes in contact with Batman. Though when they first meet they are not the closest of pals Azrael ends up saving Batman and decides to leave the order and their brutal methods and go fight crime with the Batfamily. Bruce starts to train him as a back up in case something were to ever happen to him which really should have just been a big firework going off saying something bad is going to happen! Which don’t ya know something terrible happens, Batman and Bane go toe to toe and Bane breaks Batman’s back.

He looks like the Bat suit and Spawn had a baby lol. Eventually everyone in Gotham was rather upset with Mr.Valleys ways of dealing with things. Commissioner Gordon and the Robin at the time Tim Drake were fed up, Catwoman wasn’t found of the man and the Joker is never happy without his Batman. With a lot of help they managed to take Jean-Paul down and Bruce with a slightly healed back took back his cowl for a moment. He gives it back up but that is a different section of this post, keep reading!!

Jason Todd and Tim Drake have to be done together, they both assume the Batman identity at the same time, after Final Crisis Bruce is presumed dead and no Bruce no Batman. Gotham starts its decent into unchecked madness. Battle for the Cowl takes place months after Final Crisis and an all out gang war has erupted between Penguin and Two Face, unbeknownst to them Black Mask also throws his hat in the ring. The Bat family lead by Nightwing try to keep things in control. Tim urges Dick to put on the cowl but he refuses. Criminals start being put down using brutal force and notes are left behind saying “I AM BATMAN”. This upsets Tim and he puts on a Bat suit to show Gotham that this impostor isn’t Batman and Batman would never act this way. The brutal Batman turns out to be non other than Jason Todd. Of course all three Batboys fight it out and Tim and Dick successfully take Jason down. Jason does almost kill Tim putting a Batarang in his chest…woops. 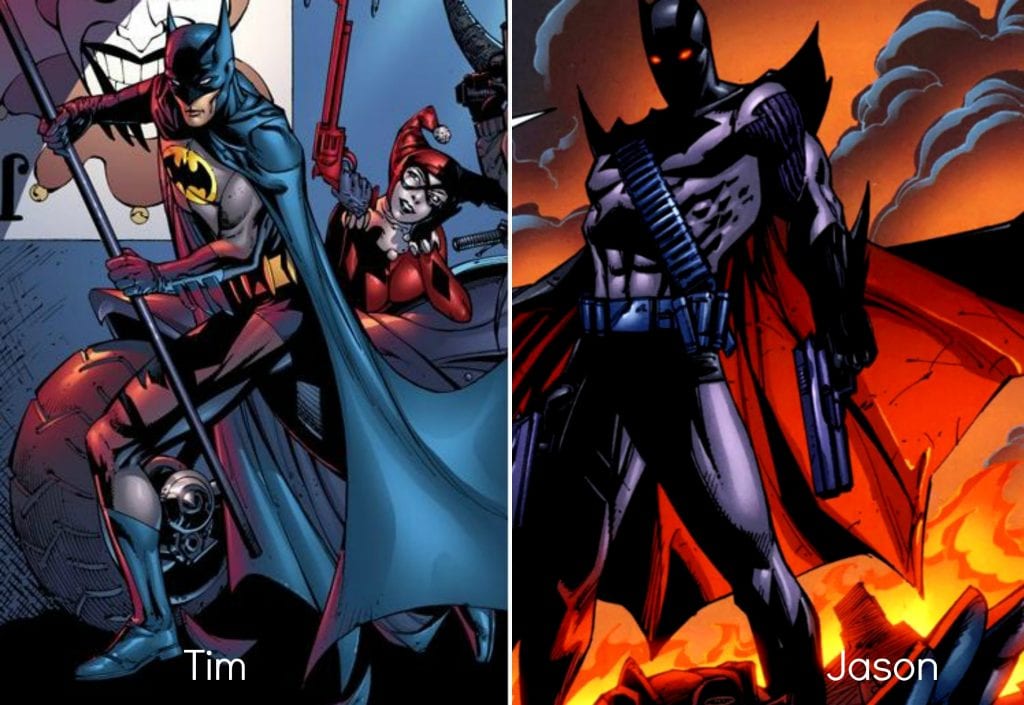 Jim Gordon was the most recent to wear the cowl that other than Bruce. After the events of End Game Bruce is once again presumed dead, until later being found with no memory of who he is or what he does with his nights. To prevent crime from getting out of control the GCPD decided to have a law regulated Robobunny…I mean Batman and Jim is the prime candidate. They discover it isn’t very easy to be Batman and follow the law to the letter, Batman tends to bend and break the law to his liking. His suit does get better, but it is still missing the cape!! 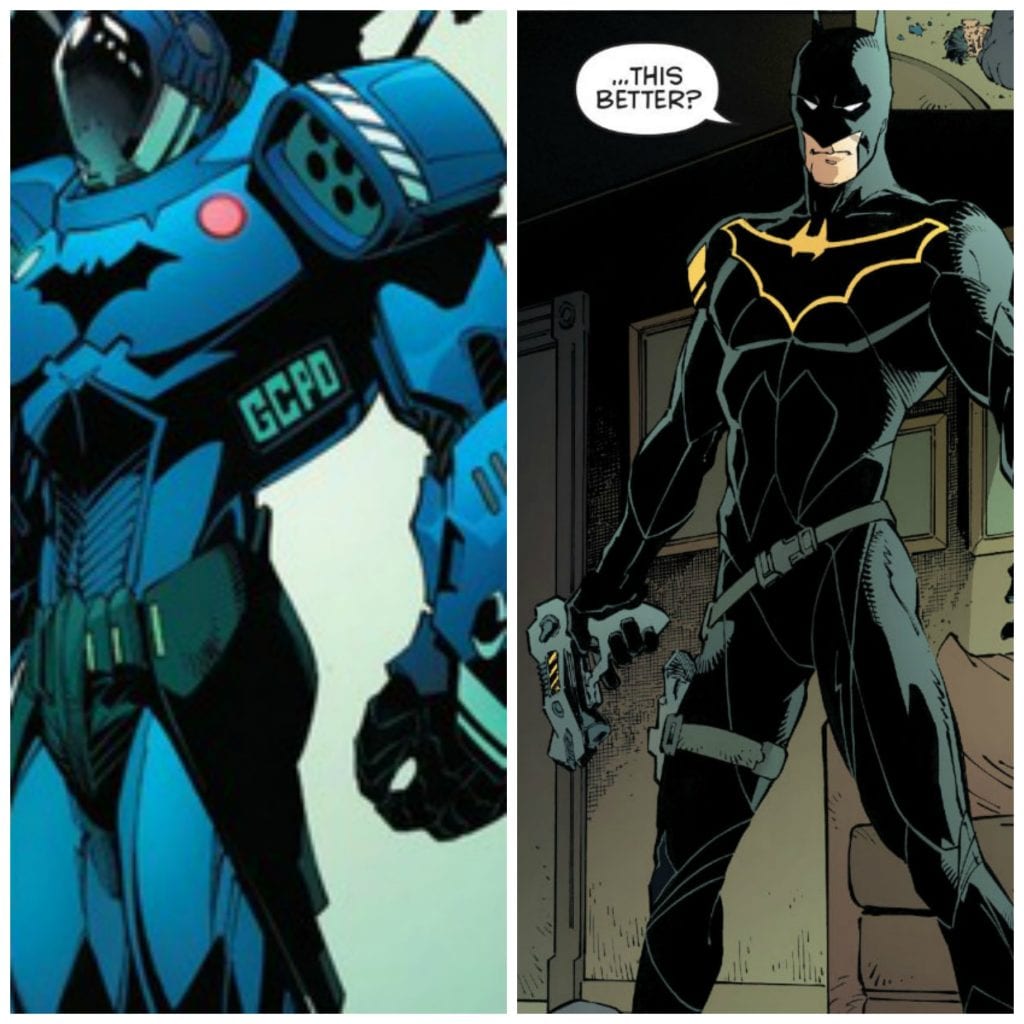 Damian Wayne can’t be left out of the Bat boys to become the Bat. In a future yet to be seen Damian assumes the role of Batman, which he has always assumed he would. In this future the world is rather bleak. Damian makes a deal with THE DEVIL!!!!! he trades his soul to be able to heal himself instantly so I guess the Devil will have to wait a while to get payment. Just the the child Damian we see in the comics he is brutal and without the assistance of the Batfamily to keep him on the human side he really unleashes the al Gould. 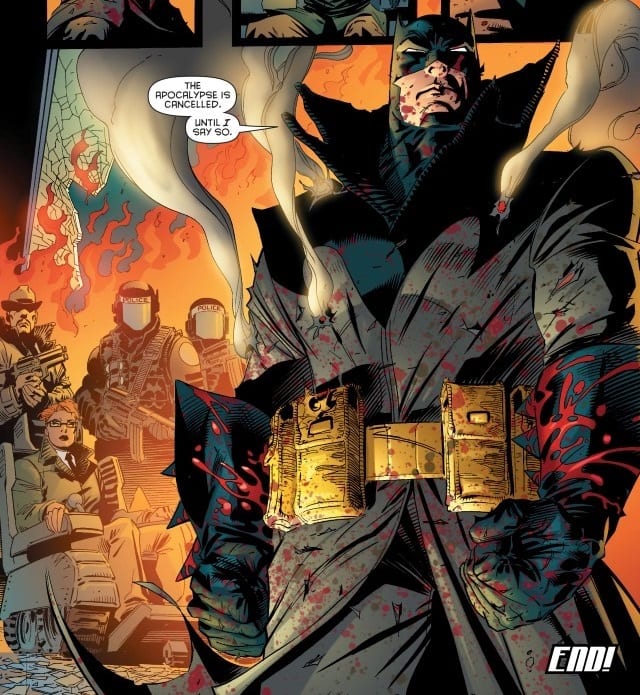 Dick Grayson has worn the cowl more frequently than anyone other than Bruce himself. Which is pretty sad considering how much he doesn’t want to wear it, he feels trapped when he is forced to become Batman. The first time he does was pretty sad because he had to live with the fact that Bruce had asked Jean-Paul Valley rather than him as Dick and Bruce were on the outs at the time. After the entire Bat fam take Valley down Bruce tries to take the mantel back but just isn’t ready, so then he asks Dick to do the job for him. The second time is post Battle for the Cowl, after the disastor that was the gang war and what Jason did the the Bat name Tim finally convinced Dick that he was the only one who could do the job. Dick is the closest you are going to get to Batman without Bruce being there. Time and time again Dick proves he is one of the strongest characters in the DC universe. 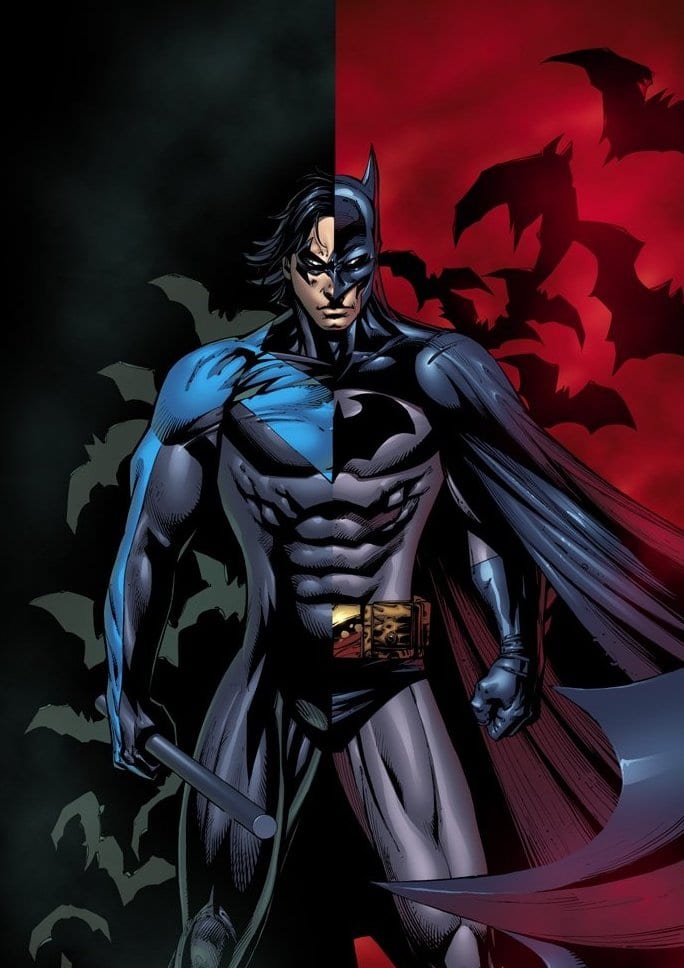 Home » Fandom » Who Wore It Best: The Batsuit