Geeklings, what is going on?! How is everyone on this glorious New Comic Book Day? Did everyone get the books they were pining for? I sure did! I woke up this morning, downloaded the plethora of books I had on my pull list, charged up the Fancy Comic Book Reader while I was at work, and waited for lunch to jump right in. Thank God too because up until that point I was having a pretty crappy day. Then I read two comics and felt myself get a little centered again. It’s always wonderful when the powers of terrific storytelling can help you escape for a little bit. Or, at the very least, allow you to take a deep breath and remember not everything is a dumpster fire.

What books did I choose to start with? Well, I’m glad you asked. Let’s just jump right into this week’s Pull List and I’ll start breaking down some uber awesome comic reads. Yes, I’m also aware that I just used the word “uber” and I’m not sure how I feel about it either. I mean, it’s a perfectly fine word, even if it does represent a cab company now, but not sure if it’s one of those words I should be using. Does it make me look like a poser or do I sound like someone who has never used the word before? I totally have used it before and thought I could pull it off, but as I typed it out… wow, okay, you know what? Let’s just talk about comics and we can circle back to this at a later time. 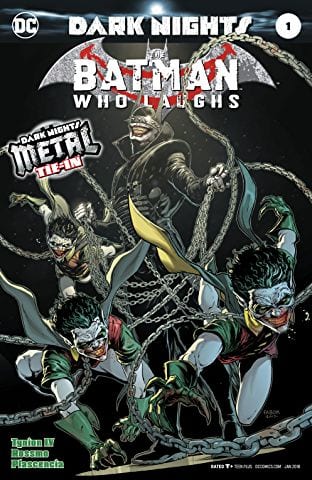 1. Dark Nights Metal: The Batman Who Laughs– The final evil Batman book is here and let me tell you Geeklings, this thing is bonkers. Just straight bananas. I have been patiently waiting for the standalone issue for the Batman Who Laughs, as he is clearly the scene stealer of all the evil Batmen, and Jame Tynion IV delivered a book that was ruthless, chaotic, and helped to further highlight the thin line that separates Batman and the Joker. You’ll want to read this one and afterward you’ll probably want a little more of the Batman Who Laughs. There is so much future potential for this character, I hope he sticks around post Metal. This is one scary dude. I will say nothing more as you need to experience this book. 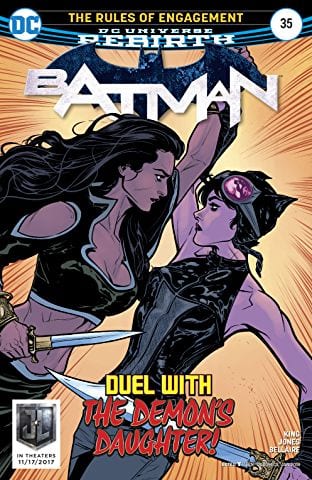 2. Batman #35– Okay, I’m just going to come out and say it, this might be one of my favorite issues of Tom King’s Batman run. It is right up there with the “War of Jokes and Riddles” finale and while the tone is different both issues celebrate what it means to be Batman. Let’s get this out of the way, Tom King is brilliant and the narratives he constructs are mesmerizing. Issue 35 ends the “Rules of Engagement” story arc but it carries so much heart. We have Selina battling Talia al Ghul and Dick and Damien outside waiting to see if their father will return. Both groups have discussions about their understanding of Bruce/Batman and… it’s just so impactful. We get the perspective from the love of a partner and the love of the sons but both side’s discussions complete the very idea of the man and the bat. I loved this issue so much I could cry. I don’t know what that means exactly but I guess it’s the equivalent of, I want to hug this issue because it’s so incredible. 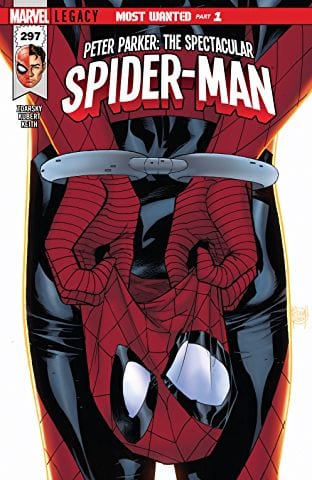 3. Peter Parker: Spectacular Spider-Man #297- I haven’t been shy about my dislike of Dan Slott’s Amazing Spider-Man run and don’t feel that that bears repeating, but I do feel like I should mention that I may have solved my Spidey comic problems. Peter Parker: Spectacular Spider-Man! I have loved everything about this book thus far and last issue, with Spider-Man and JJJ’s dinner conversation, kind of sealed the deal. This latest book puts Peter on the run as the NYPD believe him to be a problem. It’s definitely a change of pace from the NYPD chasing after Spider-Man. How will Parker react? And could he find a friend in JJJ? Looking forward to this one. 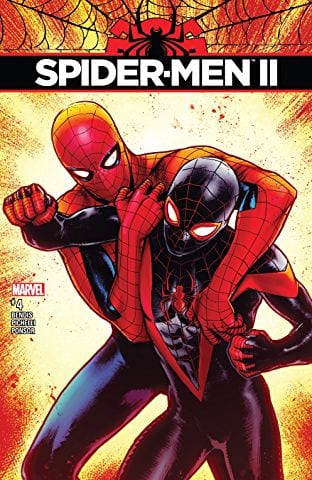 4. Spider-Men II #4– This book kind of vanished for a little bit, didn’t it? There has been a bit of a gap between the last issue but we are now revving up towards the finale so expect things to heat up. Last issue we learned that the Miles Morales of the 616 Universe became prison buddies with the Kingpin and is now living a life way off the radar. Until now that is. I’ll be curious to see how Bendis wraps this series up as we’re drawing closer to the end of his Marvel run. Will this lead directly to Miles giving up the Spidey mantle? What will happen with Evil Miles? One of Bendis’s strongest talents is his ability to write a Spider-Man book, no matter who is wearing the costume, so that alone gets me excited. You know, cause of that Dan Slott problem. 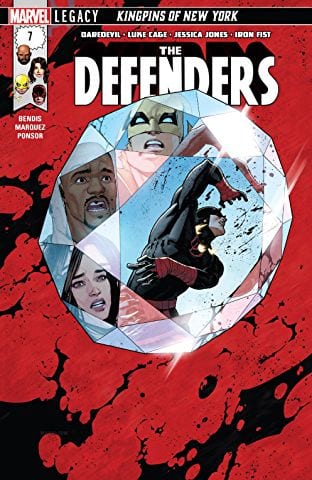 5. The Defenders #7– Speaking of the Kingpin, he’s back in the pages of The Defenders and that really isn’t that much of a surprise. Last issue revealed the fact that Mr. Fisk has been secretly backing Diamondback, because duh he’s the Kingpin and that’s what he does, and it’s only a matter of time before the rest of the Defenders find out. Here is another one of Bendis’s books that will be wrapping soon and I’ll be sad to see it go. The Defenders has been an excellent read and a worthy chaser to the Netflix series. Let’s see what these last issues bring as it’s only a matter of time before Fisk’s activities reach the light of day and we get ourselves a showdown. 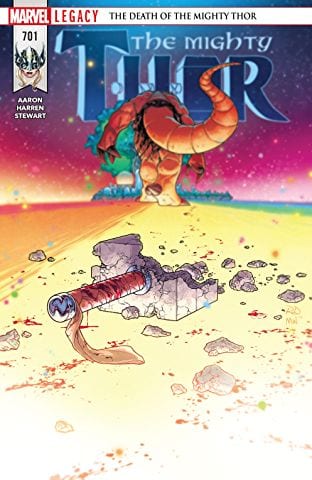 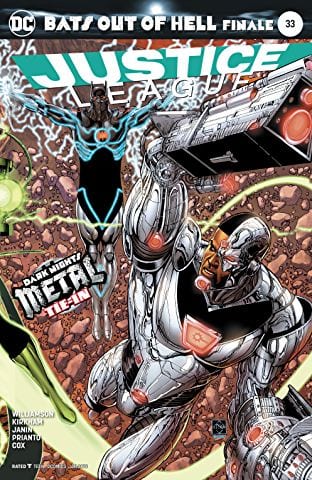 There you have it Geeklings, all the best books for you to get those geeky mitts on. If you feel like I’ve left anything off then feel free to name drop some books in the comments below. Or if you’d like to talk more comics with me, or tell me if my use of the word “uber” was believable, you can find me on Twitter @iamgeek32. I’m always happy to talk comics with you guys. Happy reading friends and many huzzahs!