There are a couple of quick summaries we can get out of the way:

Ed Harris is still killing a crap-ton (it’s a legit unit of measure) of hosts but before he kills off another group he says he was “born here,” meaning Westworld.  What that exactly entails is yet to be discovered.

Bernard is sleeping with the lady boss.

James Marsden, Teddy, is really getting the short end of the stick.

And Anthony Hopkins, Dr. Ford, has something up his sleeve.  Oh, and has probably designed a host after himself.

Now for a semi-chronological update…

Episode two opens up with a programmer voicing concerns over Peter Abernathy’s “condition” and as Bernard brushes off her worries she expresses the idea of it being contagious. As robots that’s ludicrous and as computers, totally possible.  When we see Dolores next, we know that the programmer was right.  We watch Dolores remember scenes from past story lines.  While she is caught in one of these memories Maeve approachers her to rudely tell her to move, Dolores looks right at Maeve and says “these violent delights, have violent ends”.   Dolores then snaps out of it and walks away leaving Maeve confused.  A while later Maeve begins remembering her past story lines, the programmers don’t catch her interaction with Dolores and don’t realize that her “malfunctioning” behavior is because she’s caught in her memories.

Suddenly, Dolores is back at Delos headquarters talking to Bernard.

Their conversation is very cryptic, what we can gather is they’ve been having secret meetings for a while.  Bernard has some suspicion that someone is trying to sabotage the hosts and asks Delores if anyone has altered her programming since their last meeting, her answer is no.

Back to Maeve. She’s in her saloon with Clementine lamenting over nightmares and she’s telling Clementine how to wake her self up by counting back from three.  Maeve goes to bed and has a nightmare of her own, she counts back to three and wakes up in Delos HQ in the middle of an operation to fix her abdominal pain!  She freaks right out and hops off the operating table, brandishing a scalpel.  She runs from the room and makes it all the way to another building.  In this building she see a creepy future, defective or old hosts are being tossed into a glass room and hosed down.  That’s as far as Maeve and we see but there is a sense that bad things are coming for the hosts.

Throughout this there have been two new guests, William and Logan, in Westworld.  William is an extreme from Logan and from their apparel it’s obvious one is good and the other bad.  I’ll let you watch the episode to find out who’s who.

Lastly, as mentioned above, Dr. Ford reveals to Bernard that he has a story line of his own that he has been working on.  The last scene is him and Bernard looking at a creepy black steeple in the middle of nowhere.

What are the questions we’re left with and what are we still speculating about? 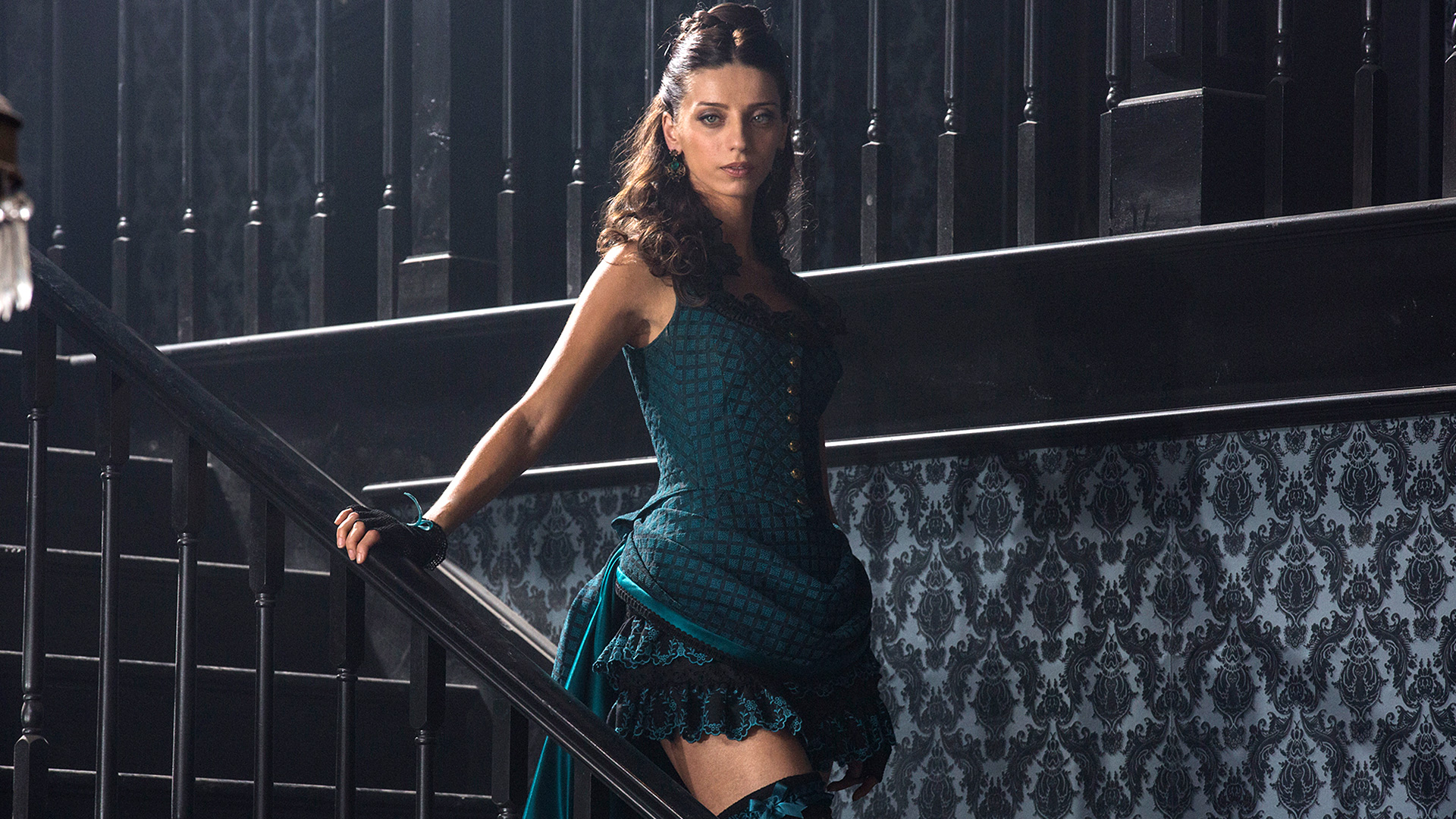 We still don’t know what Bernard said to Abernathy before they put him in host-prison.

The phrase “these violent delights, have violent ends” is probably a virus.

Does Dr. Ford’s steeple have anything to do with the maze that Ed Harris is looking for?

What are Bernard’s secret meetings about with Dolores and does he have an alternative agenda?

I think we’re going to find a history between Ed Harris and Dr. Ford because Ed Harris’s character is more complex then we initially thought.  We can speculate the meaning of him being “born here” and we know Delos HQ admin allows him free reign.

Dr. Ford and Bernard I believe have strong emotional connection with the hosts and have something to do with this “virus” that’s  being spread.