If you are not caught up on the current season of Game of Thrones read at your own risk.

While a lot of fans were very pleased about the long awaited hook up between Jon and Dany on last night’s episode of Game of Thrones, there was one person who seemed a little bit displeased – Tyrion. The level of awkwardness was already a little high as the two were getting their romance on at the same time that Bran was revealing to the audience how they are related, but then to up the awkwardness a little more, the camera focused in on Tyrion who was lingering outside of the door with a solemn look on his face. 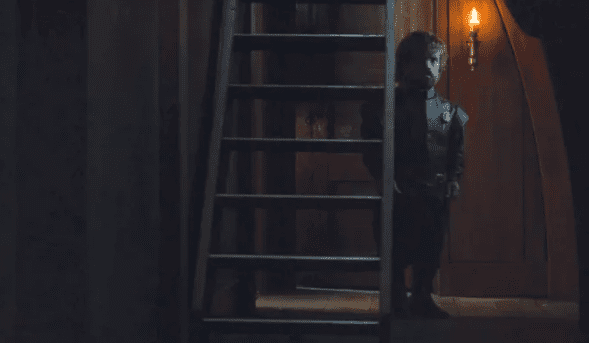 It was clearly meant to convey something, but the reasons for his apprehension weren’t really on the forefront of everyone’s minds as the biggest nugget of information Game of Thrones has ever shared was being revealed. However, now after fans have been able to process everything the Season 7 finale provided and rewatch as many times as their hearts desired they are able to focus on the things that didn’t seem that important during their first watch, such as Tyrion.

Some fans alluded to the fact that Tyrion was looking on in jealousy, falling into the pattern he was telling Dany about last week regarding how every many falls in love with her. This theory doesn’t really seem that plausible in the long run, especially with such a short amount of time remaining in the series. 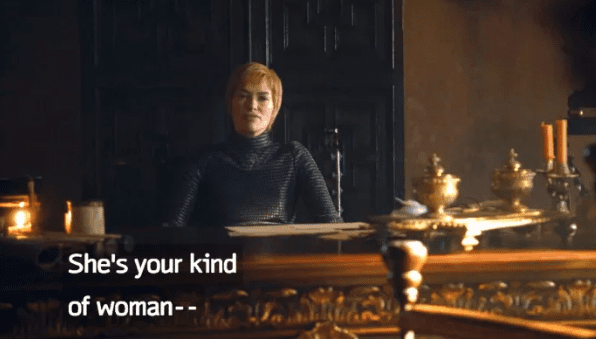 Another theory was suggesting that his longing look was more of apprehension over the idea that these two becoming closer could mean for alliances or other strategies for the impending war. That could be the case, but twitter user Jon Negroni (also the creator of The Pixar Theory) has a different idea as to what Tyrion’s closing scene meant and if it’s true it could have some major repercussions for some of your favorite characters.

The theory suggests that Tyrion and Cersei made some sort of deal right after he came to the realization that she was pregnant. He thinks that Tyrion told Cersei if she joined them in their fight against the White Walkers than her unborn child would be Dany’s successor after she takes the Iron Throne. Meaning that once Dany dies, Cersei and Jamie’s baby would sit on the Iron Throne and rule Westeros. To Cersei, her family’s name and legacy mean almost as much to her as her children so it would be an easy deal to make, especially if she had already planned on double crossing them. 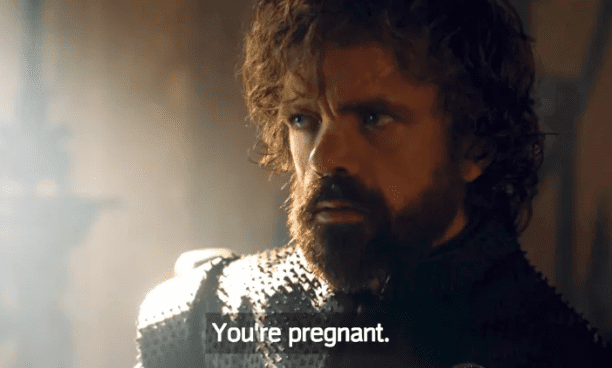 Just last week Tyrion had a conversation with Dany about naming a successor in case she doesn’t make it, which she was having none of. So, clearly this is something that is fresh on Tyrion’s mind and this theory only adds more clarity as to why we were given that scene last week in the first place. We’ve also seen in the early seasons just how much Tyrion cared for his nieces and nephews, a point that he was sure to make last night, so it would make a little sense that he would consider something like this if it meant keeping everyone, including the child safe. 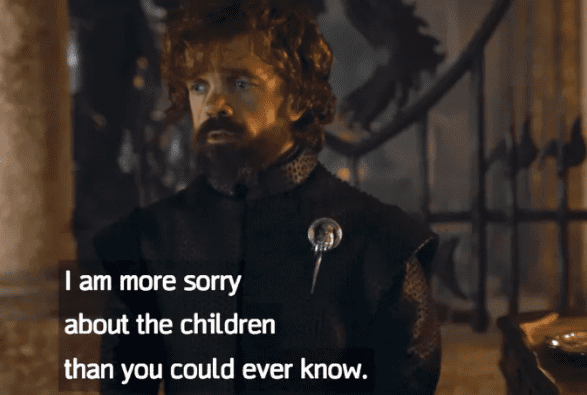 So, this theory could be a pretty decent explanation as to why Tyrion look so troubled standing outside of Dany’s room while she and Jon partook in some #boatsex. I think, much like Jon alluded to earlier in the episode, he knows that the witch who told Dany she would never bear children was probably full of crap and that the chances that Dany could get pregnant are as high as ever. If she were to get pregnant, then his deal with Cersei would become a whole lot more complicated and Dany would flip out. 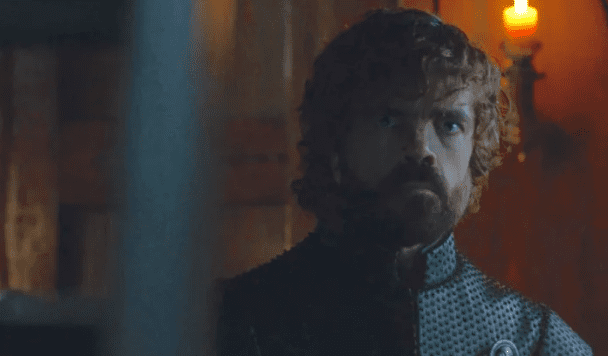 Now, in order for this to happen Tyrion would have to have agreed to let a Lannister back on the throne he has been working so hard to remove them from, which seems highly out of character. So, not only do we have the drama that will certainly ensure once Jon and Dany find out they’re related to worry about, but there will be some horrible stuff going down if this theory ends up coming true.

What do you think about this theory?