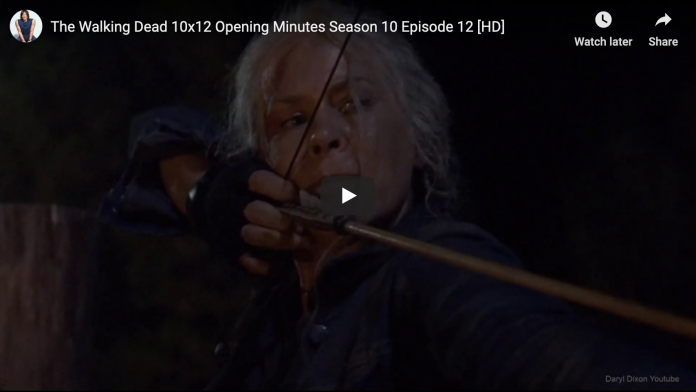 The Walking Dead season 10 has been one of the best in its ten year run.  Last night’s episode, “Morning Star”, left fans with possibly one of greatest cliff hangers in show’s history.  Well, you don’t have to wait too long to find out what’s next.  Here are the first four minutes, the opening scene, for the upcoming episode titled, “Walk With Us.”

We’re excited about this episode but not because of the attack on Hilltop.  We’re excited about this episode because the result appears to put our survivors back out on their own, having to figure out how to survive.  We think this show was always at it’s best when it was a survival show; when Rick and the gang had make their way from one place to another, just getting by.

What are you most excited about with this season’s The Walking Dead? What do you think happens next?

The Walking Dead’s next episode airs this Sunday, March 15, at 9 p.m. Eastern on AMC.