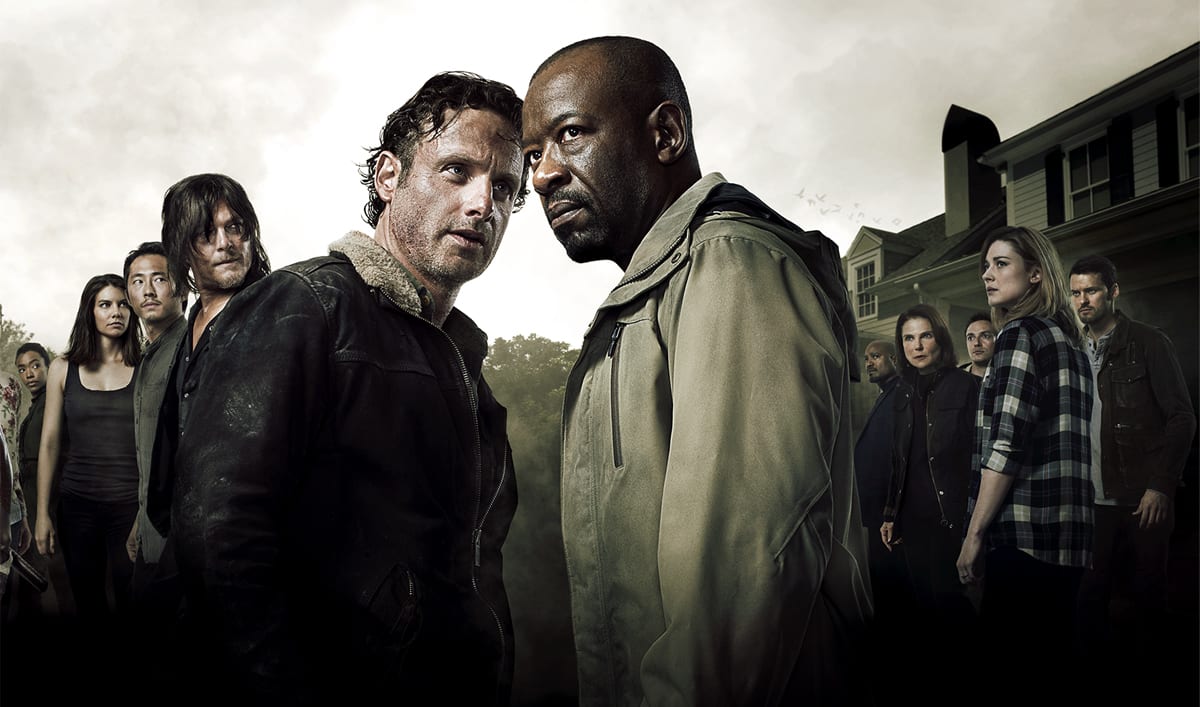 The world is about to get even larger for Rick and the group.

While taking a tour of Greg Nicotero‘s KNB EFX Group Studio in California, IGN discussed the upcoming season with the co-executive producer, who said that Season 7 will be “the beginning of a new chapter,” which will include the introduction of new worlds.

“The main thing about Season 7 is establishing that the world isn’t what everybody thinks it is, the world out there. At the end of Season 6, Rick was so confident. ‘We’re just gonna knock that outpost, we’re going to f*** these guys up before they f*** us up,’ and it ends up with him going, ‘Heh, oh well, I had no idea. What I perceived as the world is not even close to what the reality of the world is,’ and Negan is there to show him that.“

He also added, “There’s all new worlds that we’re going to meet, so it wouldn’t have made sense to end a chapter and then start it halfway through the next chapter. You want to end in one place and pick it up.” Negan and The Saviors weren’t the only group introduced last season. We also met the Hilltop Group led by Gregory (Xander Berkeley) and the possible introduction of The Kingdom in the season finale. The Kingdom is led by a man named Ezekiel, who has a pet tiger named Shiva. It’s rumored that the series has already begun casting for the role of Ezekiel, and that former LOST actor Harold Perrineau may be playing him.

Would you like to see Ezekiel and The Kingdom in Season 7? If so, who would you want to play him?