The Walking Dead star Pollyanna McIntosh took to the panel stage with fellow cast mates Christian Serratos and Seth Gilliam as well as former cast member (and now periodic episode director) Michael Cudlitz. During the panel, McIntosh dished some details on the upcoming films that are expanding The Walking Dead universe. 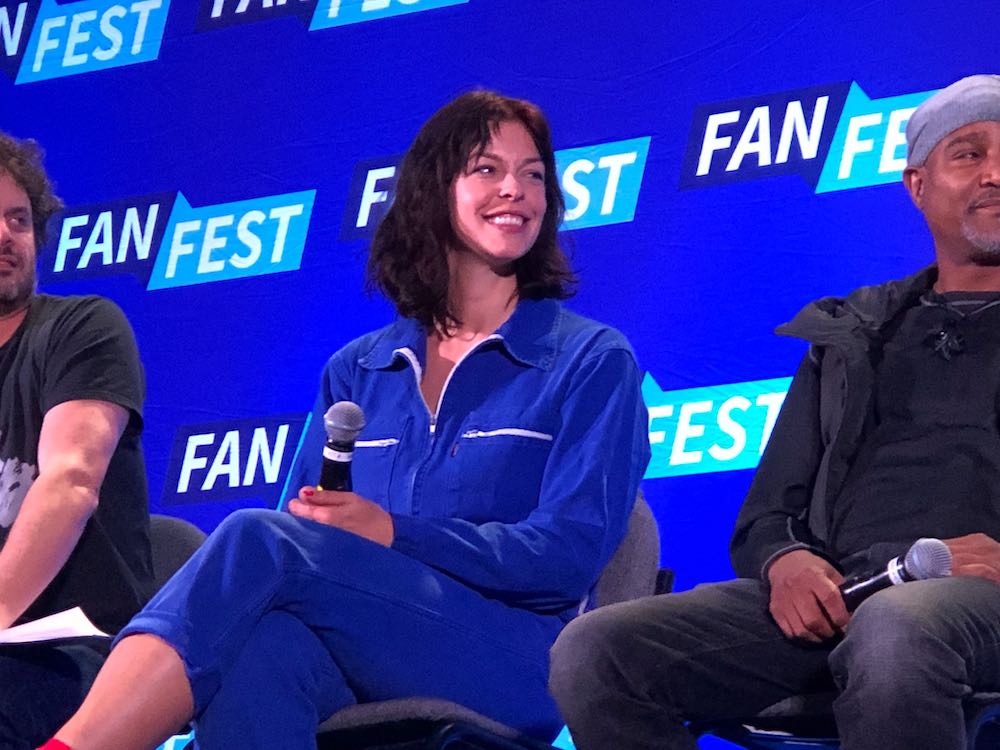 McIntosh’s character Jadis swept Rick off in the mid-season finale as he was close to death after a heroic explosion he caused to save his friends from a herd of walkers crossing a bridge. After everyone thinks he’s dead, she notices him on a bank further down the river as she’s trying to escape via helicopter with a new group who are concerned with A and B people. She tells whoever is operating the copter that she has an A now, and she’s ready to get picked up. They ride off into the sunset.

How that whole thing went down had the possibility to upset many fans. Her character has gone from being untrustworthy, to a fan favorite, and back again. McIntosh was understandable a little nervous and excited to see how the reactions could go, especially when she’s face to face with fans at events like Walker Stalker Convention. 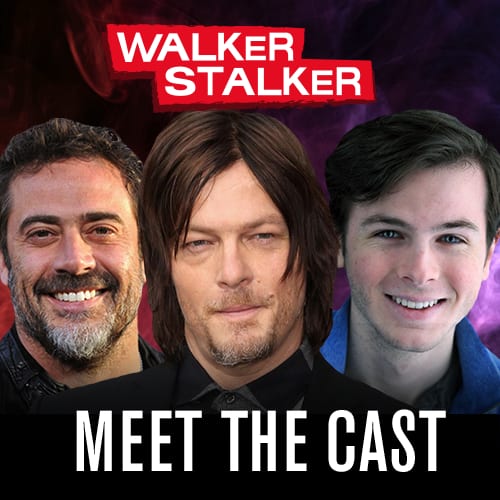 “It was really cool. I found out 5 months before I was leaving the show that I was going to be going off. But I conversation they said, You’re gonna go in a way that I think you’re gonna like. Then, it became a revelation I was taking him away. I thought, “I’m gonna be really really hated. That’s scary but kind of thrilling actually.”

Soon she realized that may not be the case.

When I read the script closer to the time I realized, it’s not her being bad, it’s her being really good. And it was a huge relief, I was like “Aw, I don’t get to be hated.” But it was also really exciting. To be honest, I feel really, really lucky. We all love Andy so much, so to be part of that in that way was really thrilling.

She then reveals that the reaction has been less hate and more thank you’s that lead to questions.

Incredibly generously, many many “Thank you for saving our Rick.” Now that it’s sinking in, it’s like, what have you done with him? Give him back?”

We are so excited to see what awaits us with The Walking Dead film, which is set to be in production in 2019.