THE SON OF SUPERMAN Chapter One! 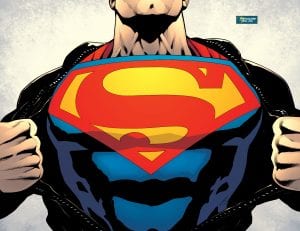 Welcome to the first official issue of Superman as part of DC Comics’ Rebirth! As you may know the New 52 Superman has died and the Pre-52 Superman or Pre-Crisis Superman (whatever way you like to name him) has officially taken the mantle as of Action Comics issue 957, which is an epic issue as well and I highly suggest you grab it now! In this issue, the Last Son of Krypton must decide whether to help his young son Jonathan use his new and rapidly increasing abilities, or hide them from the world. Well, he has already decided that Jonathan’s powers are off-limits till further notice but poor little Jon Kent cannot keep his powers in check. A small accident on the farm sets Jon off on an emotional tailspin and Superman calls in Wonder Woman and Batman to help out. 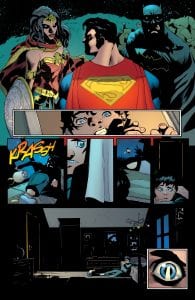 Storytellers Peter J. Tomasi and Patrick Gleason do a fine job of creating a great moment here as Jonathan has obviously not learned his powers yet. Superman finds himself between a rock and a hard place and has a meeting with the Justice League. Clark decides to have them watch over and train his son as he takes him away to parts unknown in the finale.

Tomasi and Gleason give us that old school DC feel here which is needed for the Rebirth to work. Artwork is well done by Gleason and he has a solid handle on all the characters. Kenneth Rocafort’s variant Cover is one of the best I have seen and worth picking up the extra issue.

I give this issue 8 out of 10. Highly recommended! 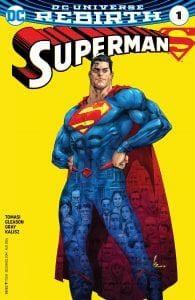