The summer hiatus is almost over and the stars of your favorite shows are slowly heading back to set to begin filming their upcoming seasons, but Arrow’s Stephen Amell is giving fans a little something extra to mull over and get excited about as he teased a big announcement coming this Monday!

Big announcement Monday. So thankful for all the people in my life who made it possible.

The tweet read “Big announcement Monday. So thankful for all the people in my life who made it possible.” Naturally, fans immediately went into a tailspin trying to guess just what Amell would be rocking their worlds with come Monday, ranging from theories about more Arrow seasons being announced to Amell starring in a DC Green Arrow solo film.

Your gonna be Green Arrow in the next Justice League movie?

One fan speculated a Supernatural crossover, which would be extremely epic for those who have followed Amell’s friendship with Jensen Ackles and Jared Padalecki over the years.

Amell could also be announcing something about his Nocking Point wine company or his upcoming film Code 8, which he stars in alongside his cousin Robbie Amell. 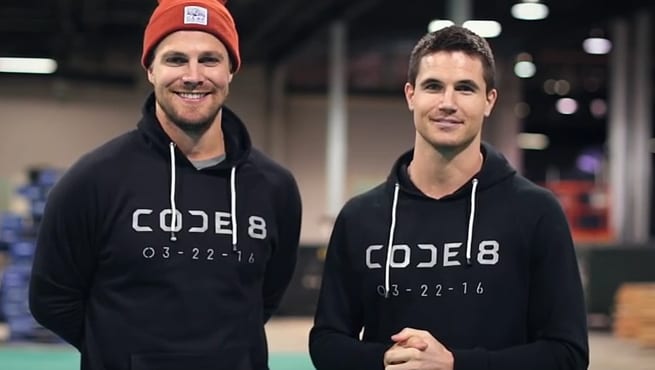 The Arrow writing team shared a behind the scenes look at the season 7 table read yesterday as well, so it was definitely a wild day for Arrow fans overall!

What do you think Amell’s big news will be?