You know the feeling you get when you watch Requiem for a Dream and you sort of have to just sit there for a while? It just sort of knocks you off your feet and you’re a bit out of sorts. Well, we have a very similar feeling now after watching the trailer for Avengers: Infinity War.

It was intense and it sort of confirmed a lot of those heartbreaking feelings we’ve been experiencing since the first trailer. We’re going to see the heroes we love suffer and it’s going to be hard to watch.

To soften the blow a little, they released both tickets and the official poster at the same time as the trailer. That way we could focus on something else for just a moment before remembering that heartbreak on Tony Stark’s face.

You know which scene we’re talking about.

The poster highlights both Thanos and the heroes in what may be the fiercest MCU poster to date. Which makes sense as this film is not just changing the Marvel game, it’s setting a superhero film standard in a massive way. 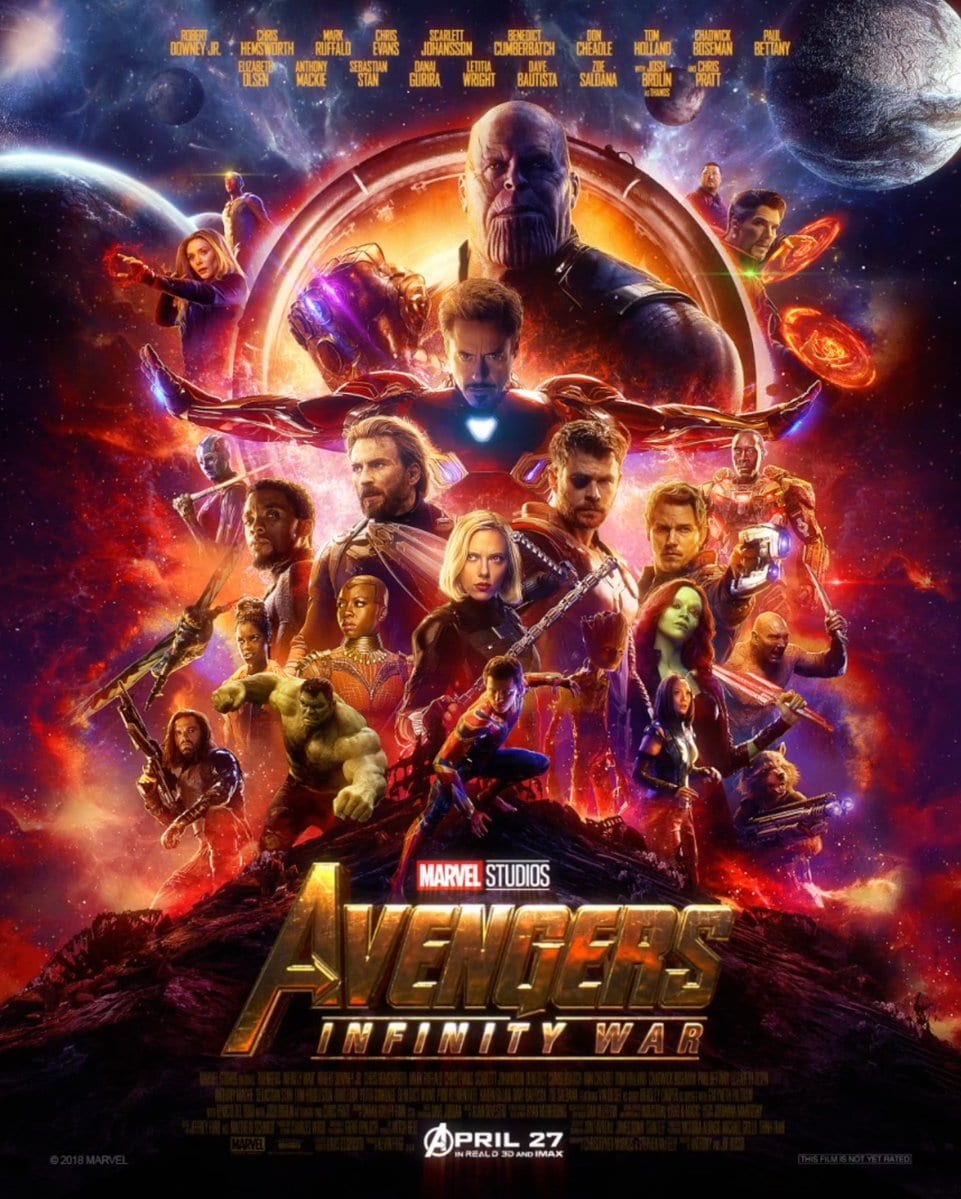 If you’ve not yet seen the trailer, you can do so here.