Geeklings, you know when it’s been a day and you don’t want to deal anymore? That’s kind of what today has been like for me. Work was “blegh”. The weather is “blegh”. Christmas music is effin everywhere. And I just want to go home, lay in my bed, play video games and watch Star Wars movies. But nooooooo, the man says I’ve got to work in order to pay my bills and eat. The nerve, right?

Thank the gods that today is New Comic Book Day or everything would be thrust into a pit of despair. Am I being overdramatic? Of course, I am. You’ve been reading this column for three years now, you know this is part of the deal of coming here. Some might even say part of the draw.

The other part, and the real reason you’re here is to discuss comic books! It is Wednesday after all,  let’s get this ball rolling.

Justice League #37- Scott Snyder’s Justice League run is almost over but that doesn’t mean that the action has to stop. In fact, you’ll be hard-pressed to find a book that has more of those big cinematic sequences feels to it then this Justice League run. Everything Snyder has been doing has felt big and has altered the larger DC Universe as a whole. Issue #37 continues “Justice/Doom War” as we find that there might be some traitors in our mix. As Snyder’s run heads to the conclusion you better believe that his final books are only going to get bigger as he plants the foundation for whatever comes next in his DC career.

X-Men #3- When we last left the main X-Men title, Krakoa was looking to sync up with another island like two star crossed lovers reunited at long last. The issue was a great display of the Summers clan, as Cyclops got to spend some quality time with the kiddies. Issue three looks expand on what we know about Krakoa even revealing the dangerous secret of what makes the island tick. I’m sure this will play into the future of the series in a major way, he said stating the obvious. Lots have been going on with the mutants since HoX/PoX, including the loss of their leader, what does the future hold? Is Charles ever going to be revived by the Five? What’s the deal with Emma Frost and Cyclops? Issue three looking to raise some new questions in Hickman’s kickass X revival.

Mighty Morphin Power Rangers/Teenage Mutant Ninja Turtles #1- The crossover you didn’t know you needed until this very moment. Power Rangers. TMNT. Together at long last. What could I possibly write that would further sell this for you? Karate? Pizza? Indulge in all your nostalgia needs. It’s the holiday season, after all, you deserve it.

Die #10- This is the end of the “Split the Party” story arc which means chances are high that Die will be taking some time off before the next story arc. This is a bummer because this book is so freakin’ incredible and gorgeous and amazing. It’s less of a bummer when you know that the break means we’re going to get the best possible quality in story from Kieron Gillen and best possible artwork from Stephanie Hans (seriously it’s gorgeous). Read Die, it’s everything that makes comics magical.

Batman #84- After last issues tear-jerker, Tom King returns to the “City of Bane” with chapter eleven and two issues left in his hall of fame run. As suspected, Bane was only part of the problem. The true issue lies with Thomas Wayne and what family means to Batman. Is it possible for a man who is another dimension’s version of your father to actually represent the parent you lost? Can the family you’ve built around yourself be enough? What does it mean to be Batman? Tom King, wrestles with these themes and we are all witness to this story. You’re going to miss it when it’s gone. 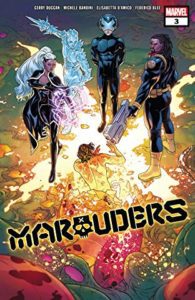 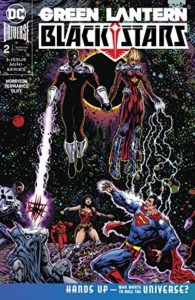 There you have it Geeklings, all the best books to get your mitts on this week. As always, if you feel like I’ve left anything off this week’s Pull List be sure to let me know in the comments. If you’d like to talk comics with yours truly then you can find me over on Twitter @iamgeek32. In the meantime, I’m going to wrap this up and call it a day. Plenty of comics to read. I’ll see you all here next week. Happy reading and many huzzahs!