Geeklings, we are back! It is Wednesday, it’s a most glorious New Comic Book Day, and the Pull List has returned to your eyeholes and I for one am ecstatic. Did you guys miss me? Cause I sure as hell missed you and talking comics on the weekly with ya. A lot has changed in the three weeks since the last Pull List. I am officially a married man now (thank you, thank you). I’ve honeymooned getting some much needed R&R. And I caught up on alllllll my comics, which it turns out, I was criminally behind on. Life is good Geeklings.

But the time has come for us to start breaking down books. Enough of the talky talky and more of the comic talk. Let’s kick this brand new Pull List with an issue that is sure to get everyone talking…

Captain Marvel #12- Things are about to take a dark turn for Carol Danvers as Kelly Thompson begins a new five-issue arc that sees Captain Marvel seemingly turn heel. First, let’s admire this new badass uniform. If you’re going to act like a supervillain you might as well dress the part and this costume is fire. Keeping that in mind, if you’re going to try and kill the Avengers then maybe it’s best to make a statement right out the gate. Perhaps going after the strongest Avenger… that’s right Thor. Things have been a little rough for Danvers as of late but this new attitude seems a bit extreme. What is causing this one-eighty? Can she recover from her actions? Do the Avengers stand a chance? All these answers and more in this latest arc from the spectacular Kelly Thompson who has been throwing nothing but heat on this title. Add in art from Lee Garbett and this book should be flying off the shelves and leave everyone talking.

Absolute Carnage #5- This is it. The showdown we’ve been waiting for. Venom vs Carnage. All the cards on the table. Let’s. Freakin’. Do. This. The conclusion of Donny Cates and Ryan Stegman’s Absolute Carnage is here and I’m bummed to see it go. This event has been the punk rock symbiote story for your soul and both Cates and Stegman have been firing on all cylinders and it’s resulted in a breath of fresh air when it comes to event comics. Now we have to ask ourselves what to expect with this final showdown. Can Eddie overcome Carnage? Will Dylan learn that Eddie is his father and not his brother? Who will live and who will die? Tons of questions to be answered and I’m confident that all of it will lead directly into Venom Island. What a wonderful time to be a Venom fan!

Batman #83- When last we left Tom King’s Batman, which only has three issues left (#sadface), Bats was about to break Bane’s back bringing their twisted story full circle. Then enter Flashpoint’s Thomas Wayne and his guns and now both Bane and Batman have bullets in them. It seems that Thomas might actually be the true villain here which is easy to get behind considering how he dispatched of the Bat-Family and had Alfred killed. Any of that father/son reunion sentiment is out the window at this point. Be sure to bring your tissues for this one as Tom King is going right after your feels. This stunning run is close to the finish line and something tells me tissues are a mandate.

Something Is Killing the Children #3- I have not been shy in saying that Something Is Killing the Children has been my new favorite series and that point is only emphasized by the wait between issues. Yes, it’s the traditional month apart but man, does it kill me. I want to sit down and consume this entire series. Pump it directly into my veins. I can’t get enough of it. Miquel Muerto’s art is perfect and matches the haunting tones of James Tynion IV’s narrative. The character work has been excellent and the more these characters are on page the more I want to know about them. The mysteries continue to expand as we haven’t even dipped our toes on the lore of this book. Something Is Killing the Children is awesome and I love it so. Any New Comic Book Day that has a new issue of this series is a most excellent New Comic Book Day for sure.

Marauders #2- It has been an incredible time to be an X-Men fan and this new status quo brought to us by Jonathan Hickman has been nothing but fascinating. But allow me to introduce you to the second issue of my current favorite ongoing X-Men series, Marauders. Out of all the books, it seems that Marauders might be picking up the threads from HoX/PoX the closest while also adding its own spin on the new status quo. A spin that is written by the strong wit and character work of Gerry Duggan. I’m a sucker for a Kitty Pryde story and Marauders has her front in center seemingly rejected by Krakoa and turning to a life as a pirate. Seriously. What is Emma Frost’s involvement? Will there be more Sinister secrets? How long will Kitty’s nose be broken? You don’t want to miss out on this one folk. It’s everything I love about the X-Men and this post-HoX/PoX world we live in. 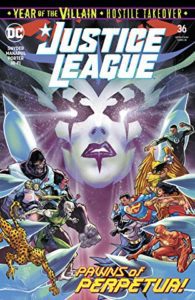 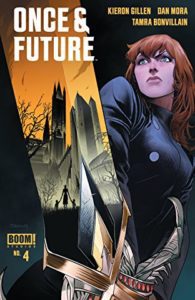 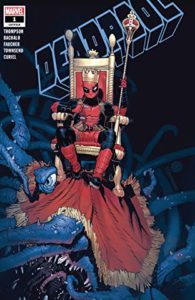 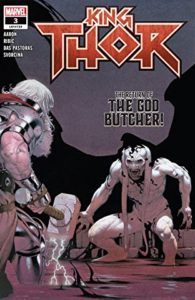 There you have it Geeklings, all the best books to get your mitts on this week. As always, if you feel like I’ve left anything off this week’s Pull List be sure to sound off in the comments. If you’d like to talk more comics with yours truly then you can find me over on Twitter @iamgeek32. I’m there and just waiting to break down books with you. In the meantime, it sure is good to be back with you fine folks. I’ve missed you. We’ll be back on schedule heading toward the end of the year and I might even have some surprises in store for your eyeholes. Maybe… I’ve said too much. I’ll see you all here next week. Happy reading and many huzzahs!