Yes, you heard that right folks! Norman Reedus, who plays our beloved Daryl Dixon on The Walking Dead, and Greg Nicotero (Special Effects/Make-up, director and producer) are opening a brand new restaurant smack dab in the center of Main St in Senoia, GA. We have come to know this little part of Senoia as the fictitious town of Woodbury but in fact the show itself is filmed in multiple locations throughout Senoia and surrounding cities. 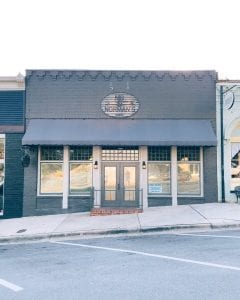 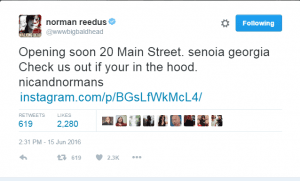 The new restaurant is to open sometime this summer and will also feature artwork by both Reedus and Nicotero. It will be located at 20 Main Street and it is said that it will be featuring burgers…YUM! 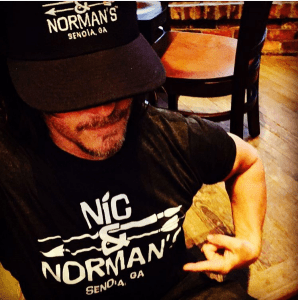 So if you all needed another reason to plan a road trip to Senoia, Ga., there you go. Just don’t forget to stop in Cali and pick me up on your way there. I mean Norman and burgers…My life is officially complete and I may die happy! If you can’t pick me up then at least grab me one of them shirts! Preferably the one he’s wearing in the posted picture.

So what do y’all think? Would you stop by and eat during a tour of TWD filming locations?

One thought on “Norman Reedus and Greg Nicotero to Open Restaurant in Senoia, Georgia”