It’s absolutely crazy to think that we’ve been following our favorite group of survivors for nearly 100 episodes. We’ve seen them through the good, the bad and the ugly and it has been one of the best journies to be a part of. AMC has been celebrating The Walking Dead’s upcoming 100th episode, which also marks the Season 8 premiere, these past few weeks and today they gifted us with 27 behind-the-scenes photos from over the years going all the way back to Season 1.

So, take a trip down memory lane and get excited for the landmark episode airing on October 22nd! 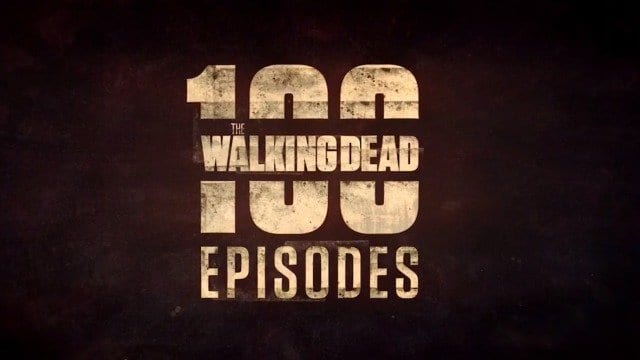 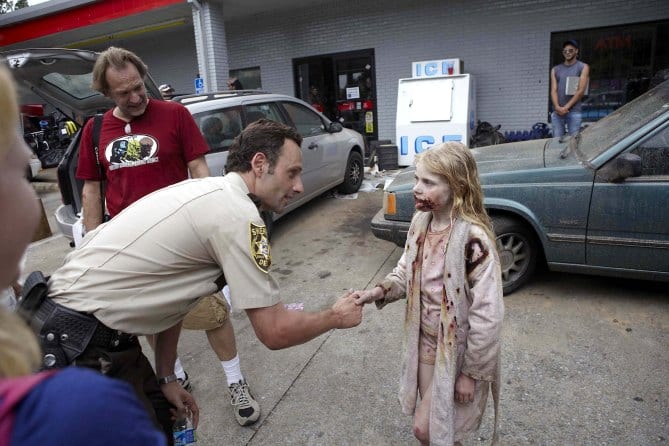 The best start to any friendship is smearing guts all over each other, right? Andrew Lincoln and Greg Nicotero have some laughs on the set of season 1. 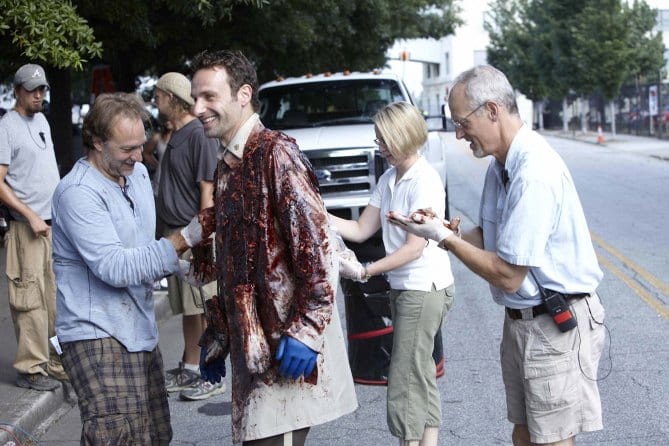 Melissa McBride having some fun with Danai Gurira, reminding us that the number one rule of hanging out with Carol is that you do not turn your back on her to look at anything. 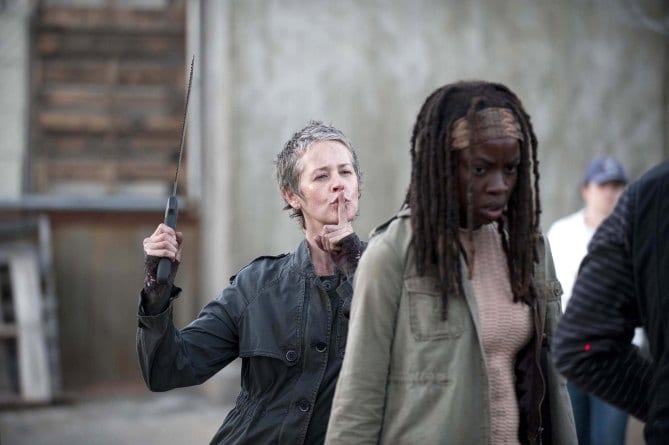 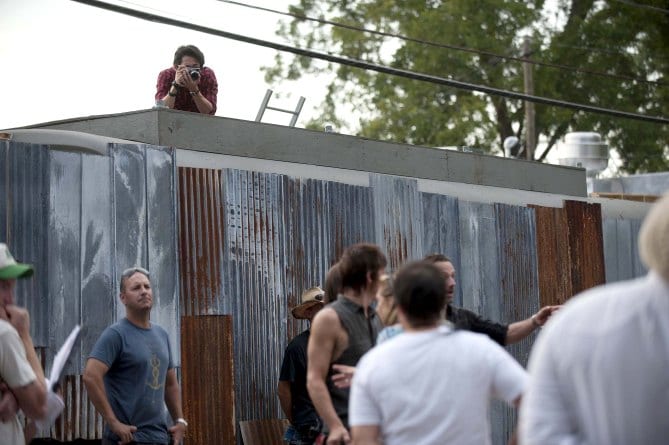 Lawrence Gilliard Jr. is giving this Walker a run for its money when it comes to who has the bigger grin. 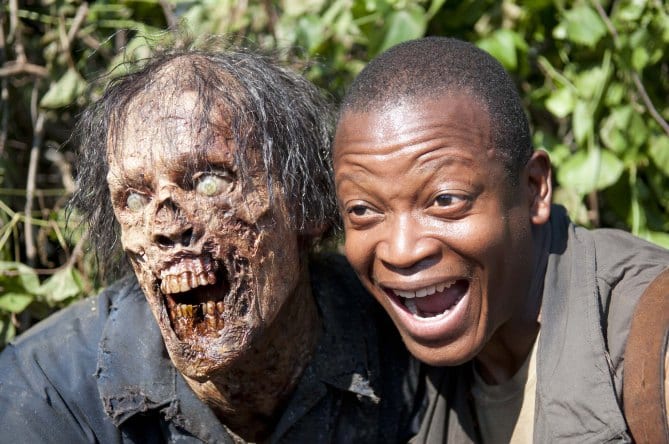 Chandler Riggs hanging out with his stunt double (not pictured: chocolate pudding). 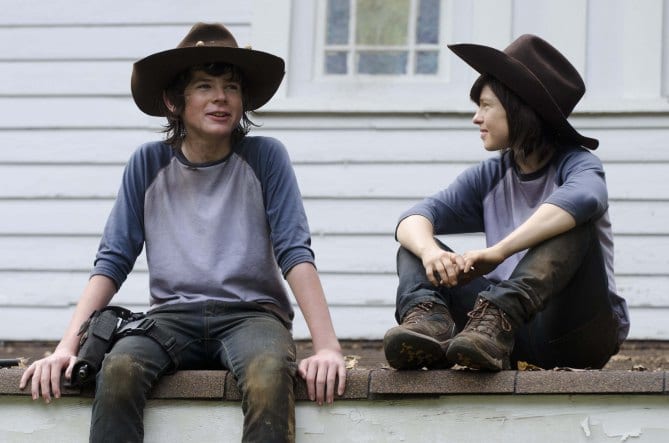 Walker guts are very much in fashion in these days just ask trendsetter Chad Coleman. 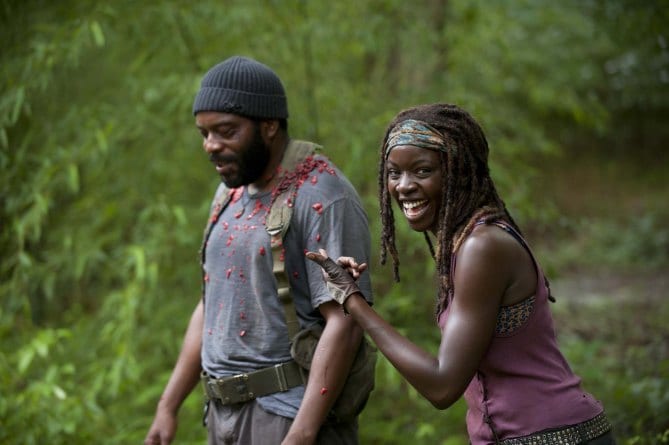 The best damn trio ever. 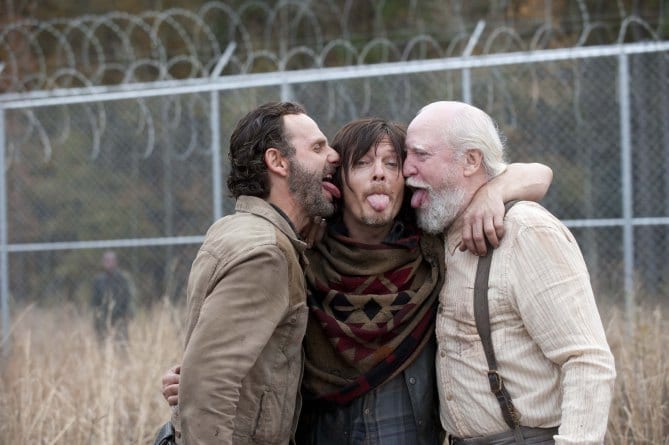 Or is it these powerhouse ladies? 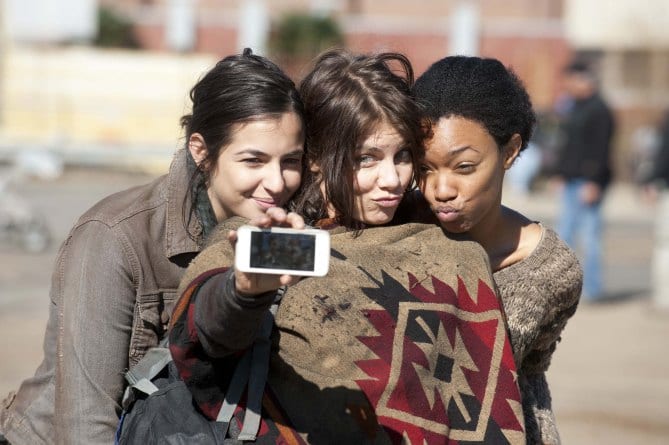 Even though he cuts off your head on camera it’s all laughs off camera for Scott Wilson and David Morrissey. 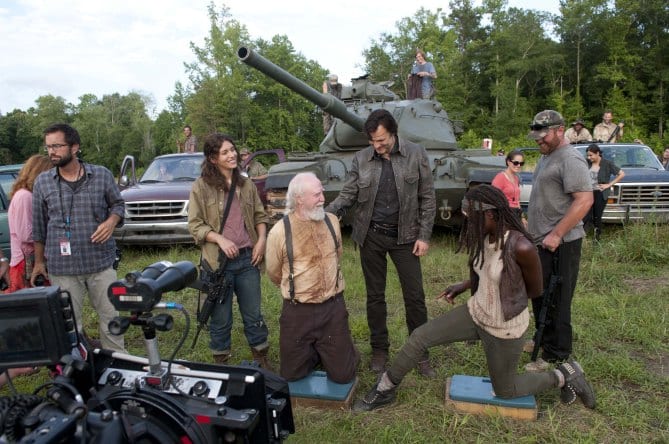 Just a photo of Norman Reedus that’s bound to make everyone swoon. 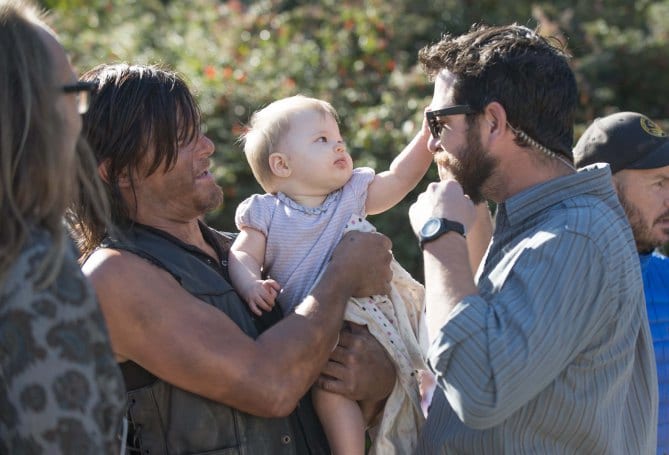 Just another day of fun Alexandriaira! 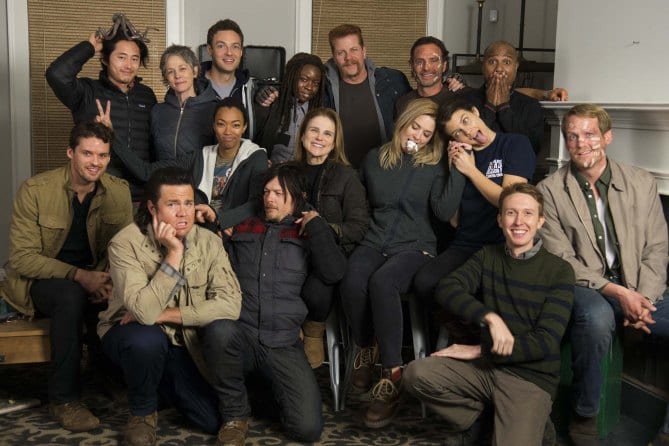 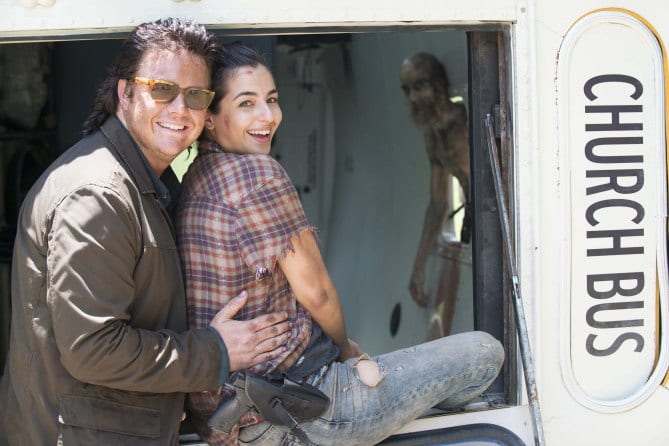 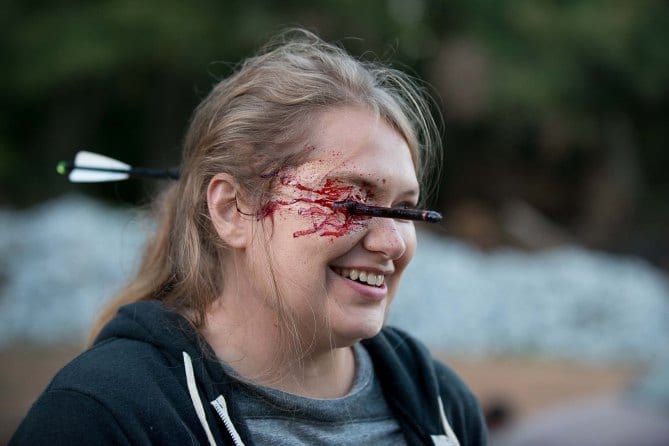 Andrew Lincoln and Emily Kinney prove yet again that these friendships are the real deal as they say their goodbyes during her final episode. 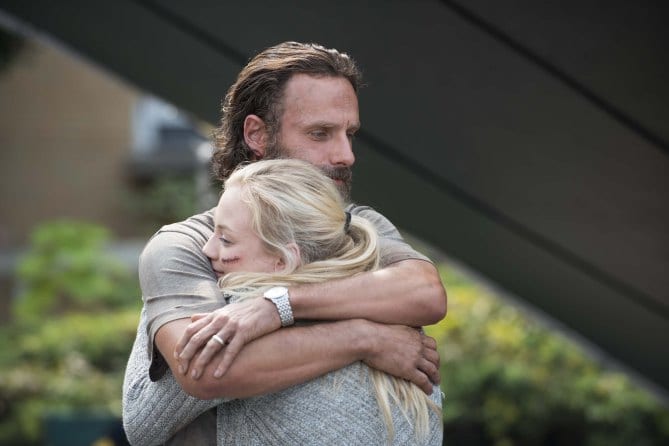 Nothing gets past Maggie Greene or Lauren Cohan 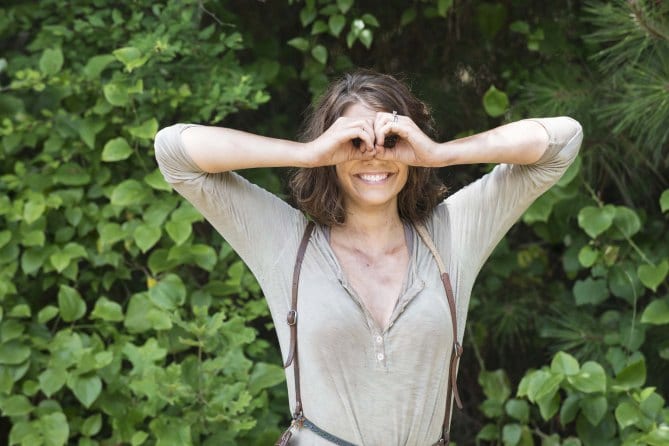 The only bromance that matters. 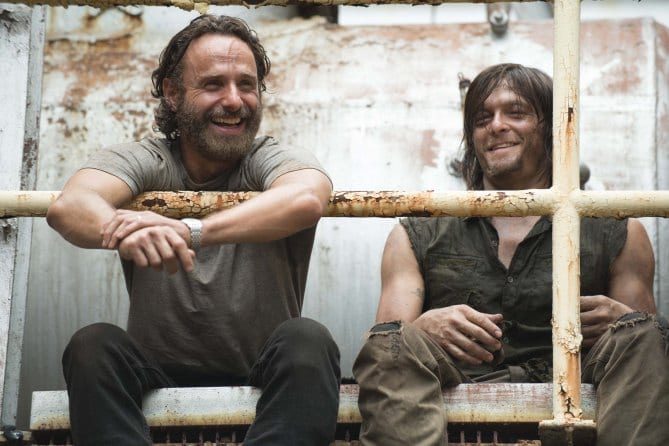 Blood and guts aside, this could definitely be some sort of Apocoplyse-chic clothing ad. 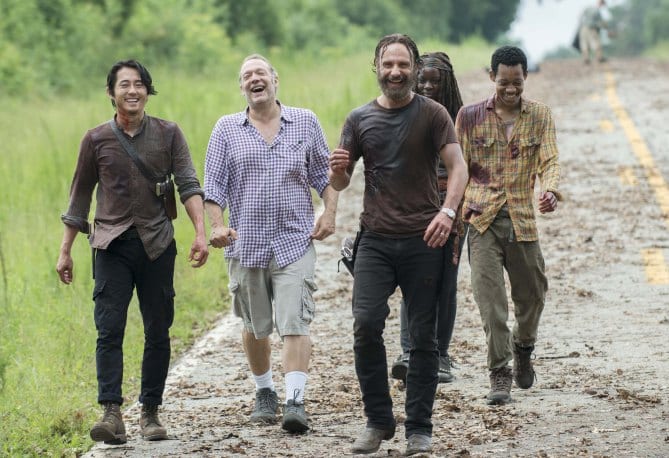 A pregnant Sonequa Martin-Green is absolutely glowing on set. 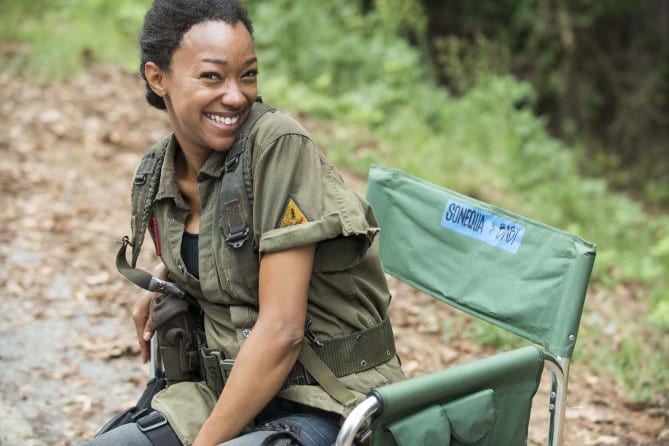 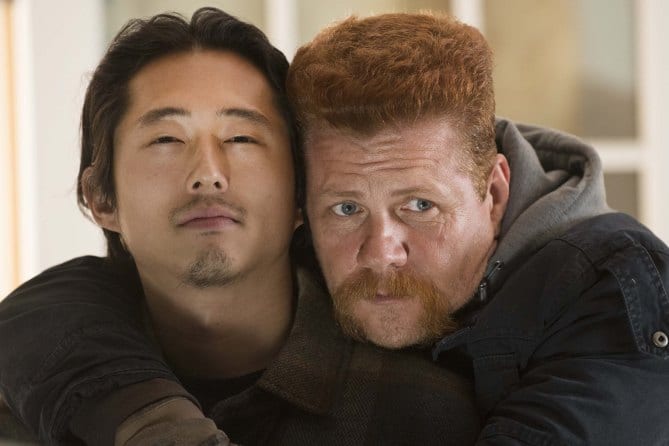 Humans are the Walker’s worst enemy on camera. Off camera…mother nature. 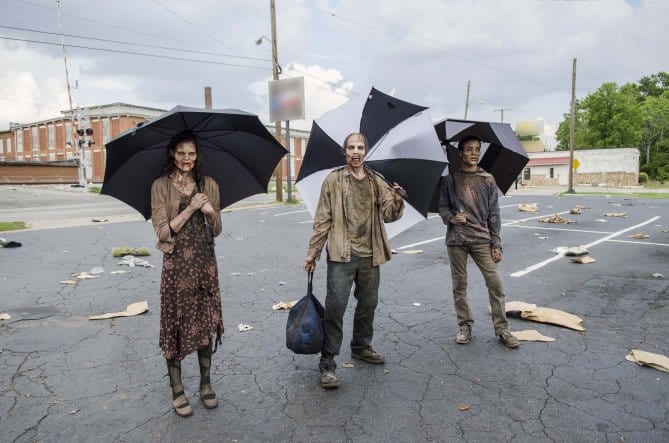 Steven Yeun, Andrew Lincoln and Danai Gurira enjoy their time on the road. 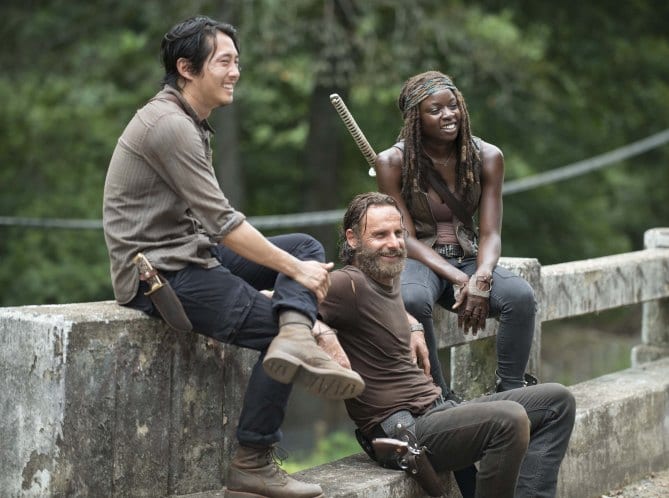 Lennie James looking like he’s up to no good. 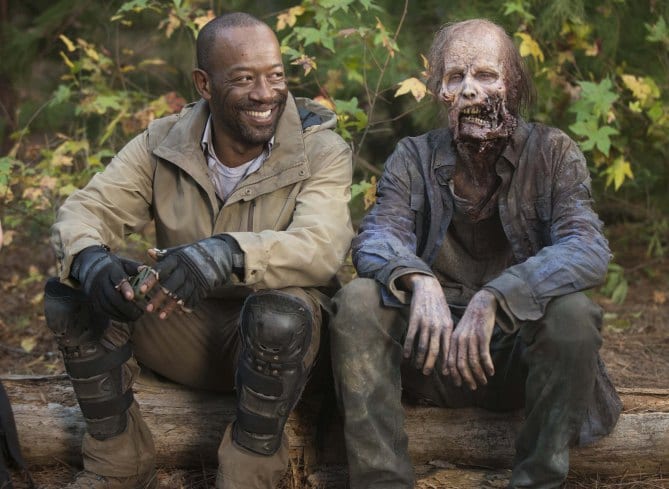 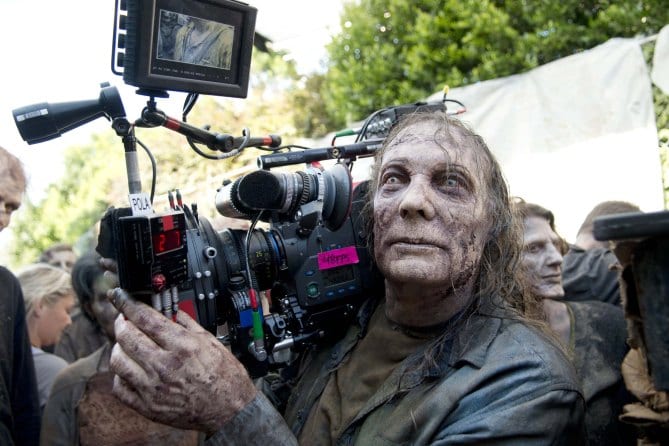 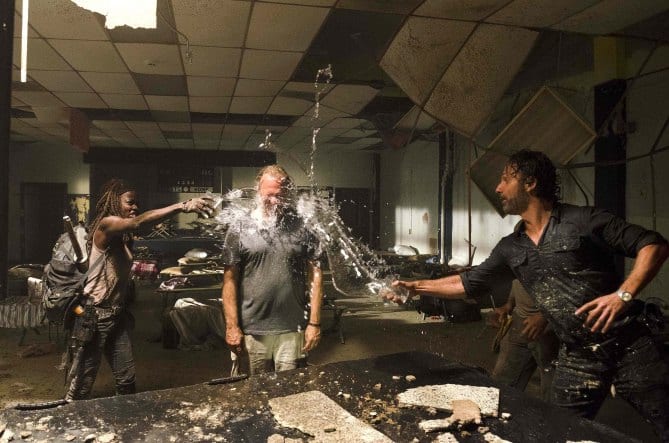 This was probably the best day of the season for the crew in the summer heat of Georgia. 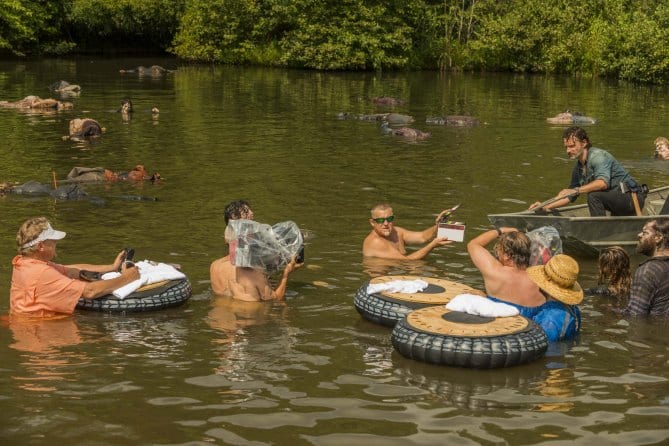 Jeffrey Dean Morgan is all of us reacting to Sonequa Martin Green’s walker status. 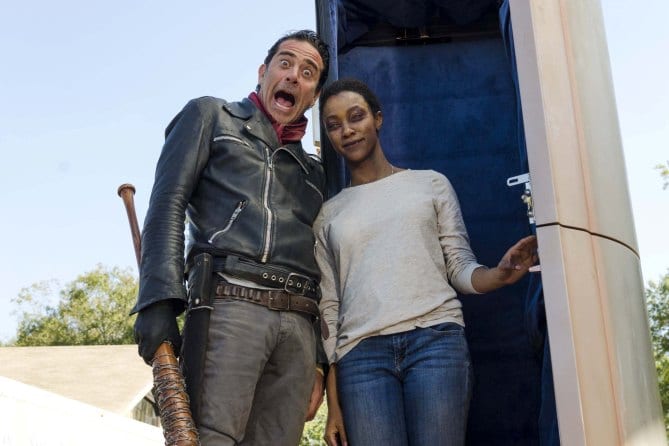 The Synopsis for ‘The Walking Dead’ Season 8 is Here

WATCH: A Look Back at the Best Walker Scenes from the First 99 Episodes of ‘The Walking Dead’