There was a lot going on in 2017, but if there’s one thing that rang true it’s that TV, and specifically Netflix, was always a great escape. From teaching us the best ways to launder money in Ozark to bringing us Mom of the Year, Steve Harrington, Netflix gave us so many good shows that we loved to binge.

Even though Netflix doesn’t release rating or viewership numbers, they do love to highlight our watching habits, so whether we were watching them for an hour a day or 24 hours a day,  here are the shows that Netflix subscribers loved in 2017!

We all know that feeling when its 2 am and your body is literally shutting down and you absolutely need to go to sleep, but that little ‘Next Episode’ button pops up and you think to yourself, ‘what’s 42 more minutes?’ well, you’re not alone. Check out the 10 shows that were the ultimate bingers and were watched more than two hours per day. If Zoolander was around he would say that two hours per day is basically Netflix for ants, right? 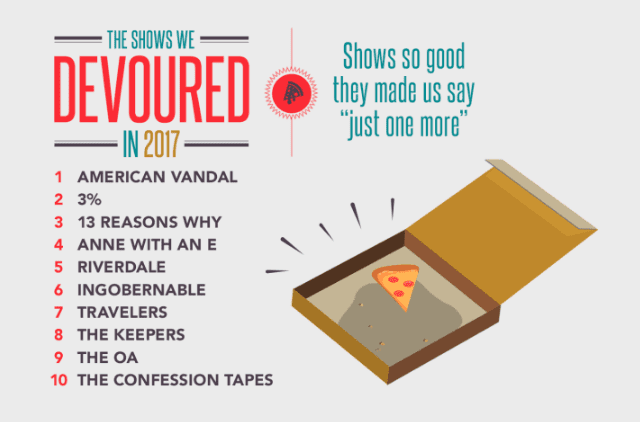 Netflix cheating is a thing and it has the power to tear relationships apart, but it turns out that spending just a few more hours with The Defenders and Chief Hopper was well worth the risk. Check out the 10 shows that Netflix viewers watched ahead of their significant others. Oops. 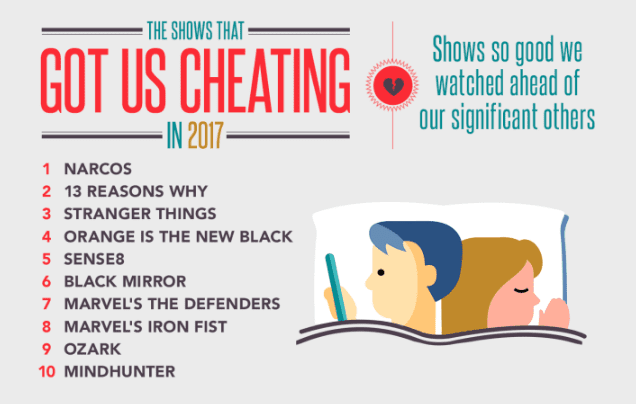 Watching your favorite shows solo or with your close friends is always a great time, but a ton of shows this year also brought a lot of families together. Cool moms and cool dads all over the country sat down with their kids to watch everyone’s favorite weirdo Jughead on Riverdale and the Gilmore ladies have a few more cups of coffee. Here are the 10 TV shows that were a family affair in 2017. 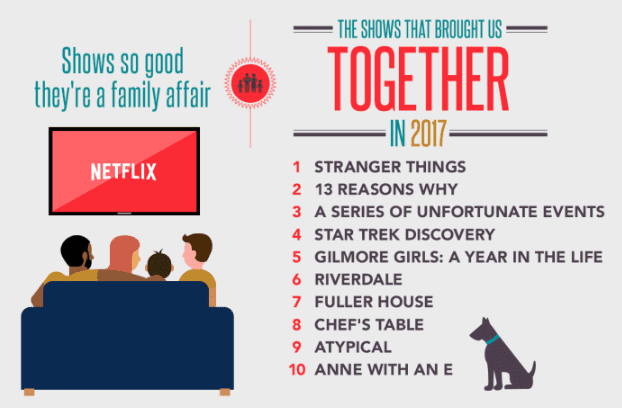 Well, it turns out that there’s actually a Netflix for Ants list! Not every show needs to be watched as quickly as possible – some age like a fine wine and deserve more time to breathe. Some shows made people want to watch TV the old-fashioned way, one or two episodes and then some time to digest and mull it over before diving back in. These are the 10 shows that people watched for less than two hours a day. 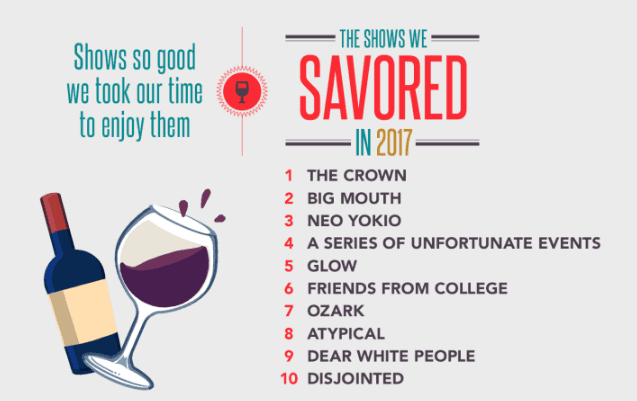 What shows were your favorite to watch or binge in 2017?

Home » Featured » Netflix: These are the Shows We Loved to Binge in 2017