You may have finished binging Stranger Things 2 weeks ago, but that doesn’t mean that there’s nothing left to do until Stranger Things 3. There’s still plenty left to dissect, small details to discover, theories to create, and many easter eggs to find!

Exhibit A – some attentive fans were able to find a heartbreaking yet sweet detail that has been carried on through the shows first seasons about Hopper that you may have missed. 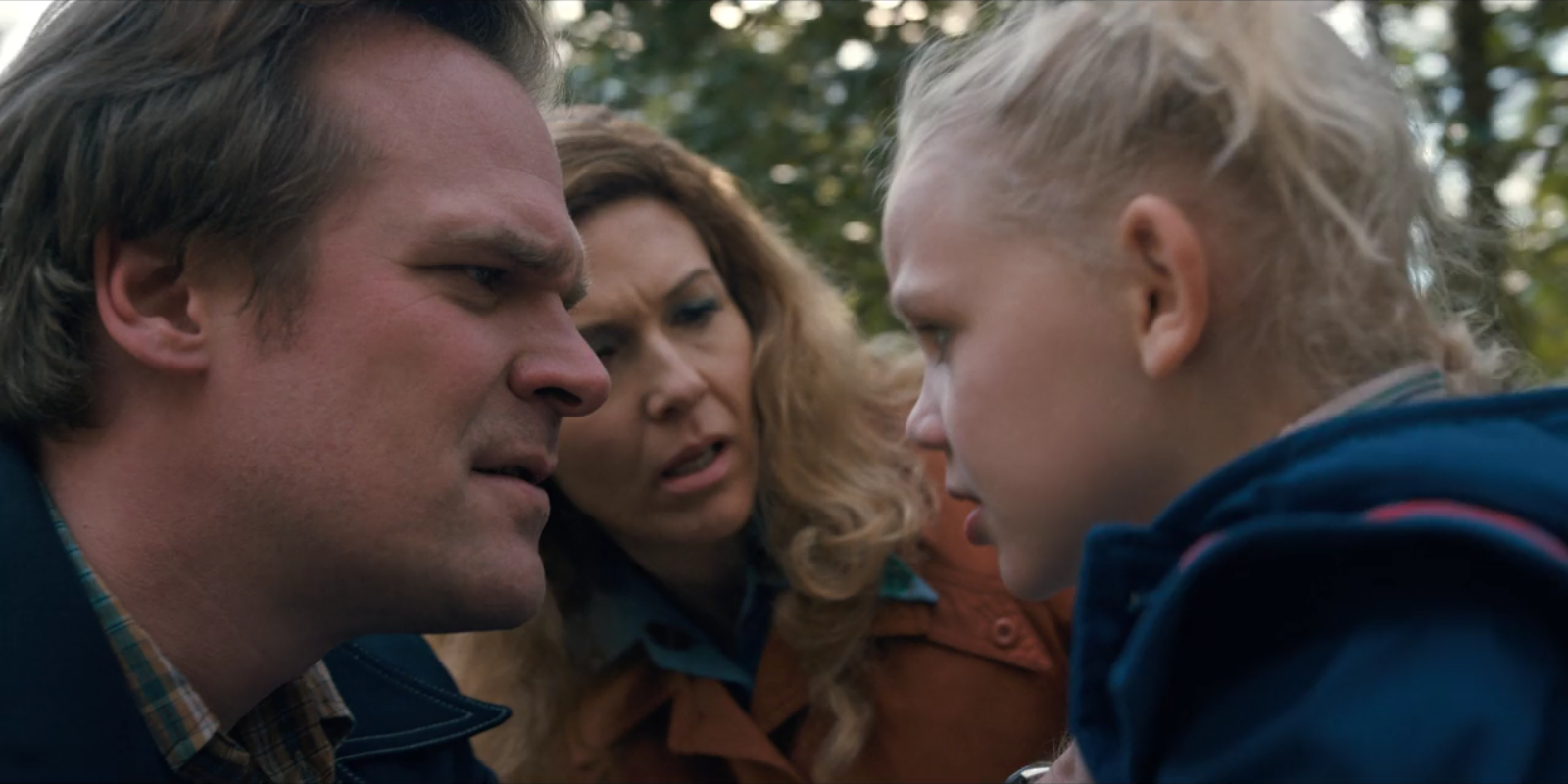 Part of Hopper’s story in Season 1 was the reveal that his daughter Sara had passed away, which was further delved into during a flashback scene. During one scene we saw a seemingly normal Sara become suddenly and terrified by something and have what appeared to be a panic attack. Then later in the episode we flashed back again and saw Sara in the hospital receiving treatment, which unfortunately did not work resulting in her death.

Back before Sara lost her hair in treatment she wore a blue ponytail band, which doesn’t really seem like much of any importance.

However, in the hospital, you can see Hopper actually wearing the hairband as a bracelet while he reads Anne of Green Gables to her.

And he continues to wear it throughout Seasons 1 and 2. 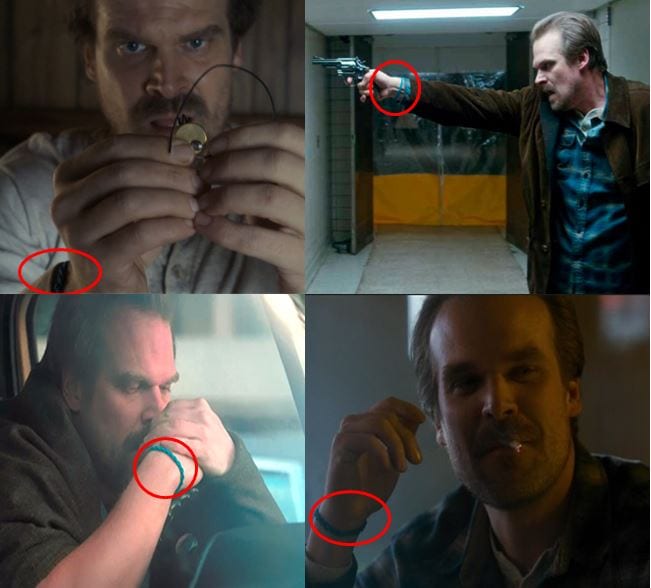 David Harbour who plays Hopper actually spoke with Business Insider about the meaning of the accessory.

“So it’s this bracelet that was her hair tie, and he wanted to wear it since she couldn’t wear it in her hair anymore — it was a little thing between them.”

And then it becomes a thing that’s like a security blanket for him, it’s a reminder for him, and you’ll notice throughout the series I will occasionally play with it like when I’m talking to Eleven or going through a difficult time.

I’ll fiddle with it, almost like you would with a wedding ring when you’re going through a divorce but you’re still wearing it. It’s a constant reminder to him of his struggles and his guilt around not being about to save his child.”

Now, flash forward to the most adorable middle school dance, the Hawkins Snow Ball, and you’ll notice something very moving about this bracelet. El is wearing it!

Thanks to Redditor keulenshwinger’s the eagle eye we can all truly appreciate the moving meaning behind Hopper giving El this bracelet. Not to mention the pure subtlety of it. It didn’t get a big scene but it proves beyond words just how Hop sees El in his life and it’s absolutely beautiful. Can’t you just hear Hopper saying “this was my little girl’s and I want you to have it.”

It also adds brings a whole new layer of poignancy to Hopper officially adopting El/Jane as his own.

So, will the bracelet find its way back on to Hop’s wrist?

“At the end of the series you’ll see that Jim is not wearing it anymore, but I don’t want to to get too into that because that’s something we may talk about sometime in season three. It’s something we’ll delve more into in terms of Jim’s daughter and him confronting this Eleven relationship and what that means … there’s more to be revealed there.”

Did you catch this detail? What is your take on it? Make sure to keep coming back to Fan Fest as we uncover more theories, details and easter eggs like this from Stranger Things 2!

Miss ‘Stranger Things’? Be sure to Check out Netflix Series ‘Dark’!