Months after announcing that Lethal Weapon would be returning for a third season with American Pie alum Seann William Scott stepping into the lead role, replacing Clayne Crawford, Fox has finally released some details as to who he will be playing.

Scott’s character was originally described as “a new character who partners up with co-lead Damon Wayans’ Roger Murtaugh” but now, according to TVLine, he will be playing Wesley Cole, a war veteran and father who returns to Los Angeles after nearly a decade to be closer to his daughter and ex-girlfriend.  Psych’s Maggie Lawson will be joining the series as well, playing Wesley’s ex Natalie Flynn.

Back in May, Fox announced that they would not be renewing Clayne Crawford’s contract after he had exhibited “a pattern of toxic behavior on the set,” according to EW. Crawford had starred on the series as Martin Riggs since the show’s premiere in 2016 and did issue an apology statement, but Fox had already decided on Scott.

“Seann is a fantastic addition to this already amazing cast. Lethal Weapon is packed with action, drama and pure fun and we can’t wait to see Damon and Seann together on screen. Matt Miller, his incredible team and everyone at Warner Bros. have been tremendous partners, and we’re thrilled to bring this show back for another season,” Fox entertainment president Michael Thorn said in a statement.

The series shouldn’t have any trouble writing out Crawford’s character as the season 2 finale found Riggs being shot by his half-brother, giving the series an easy out. Sean William Scott and Maggie Lawson join a returning cast of Damon Wayans, Jordana Brewster, Keesha Sharp, and Kevin Rahm. What do you think about their new characters? Do you think Wesley and Natalie will be good additions to the show? Let us know! 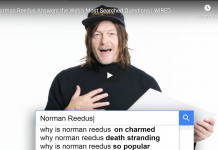 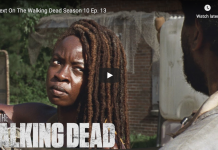 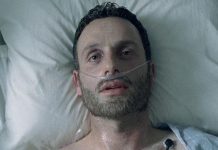