Female triplets with mustaches. A man who hides his head under a wicker basket. Kidnapping floating spheres. Symbiote chicks. Surprise narration from Jon Hamm. Random massive dance battles. Yep, Legion is back on television and everything just got a little more, a lot more, complex. “Chapter 9” of Legion jumped started the second season in massive ways bringing us answers to burning questions stemming from the season one finale while also pouring a plethora of new questions and possibilities upon us. If you were able to sift your way through all the madness, weirdness, possible misdirects, and possible clues then you would have discovered what seems to be Legion’s main narrative this season. The Shadow King is on the loose and he is searching for his body. Something that’s kind of reminiscent of getting the ring to Sauron so he can stop being a flaming eye that never blinks. The Shadow King only exists through mental intrusion, whether in the Yellow-Eyed Demon or Aubrey Plaza’s Lenny, and while still dangerously powerful it’s not enough. While we don’t know exactly what will happen once the Shadow King obtains his body one can gather that it clearly means trouble for the Legion universe, but if you’ve watched even a minute of this show then you know… nothing is ever clear. 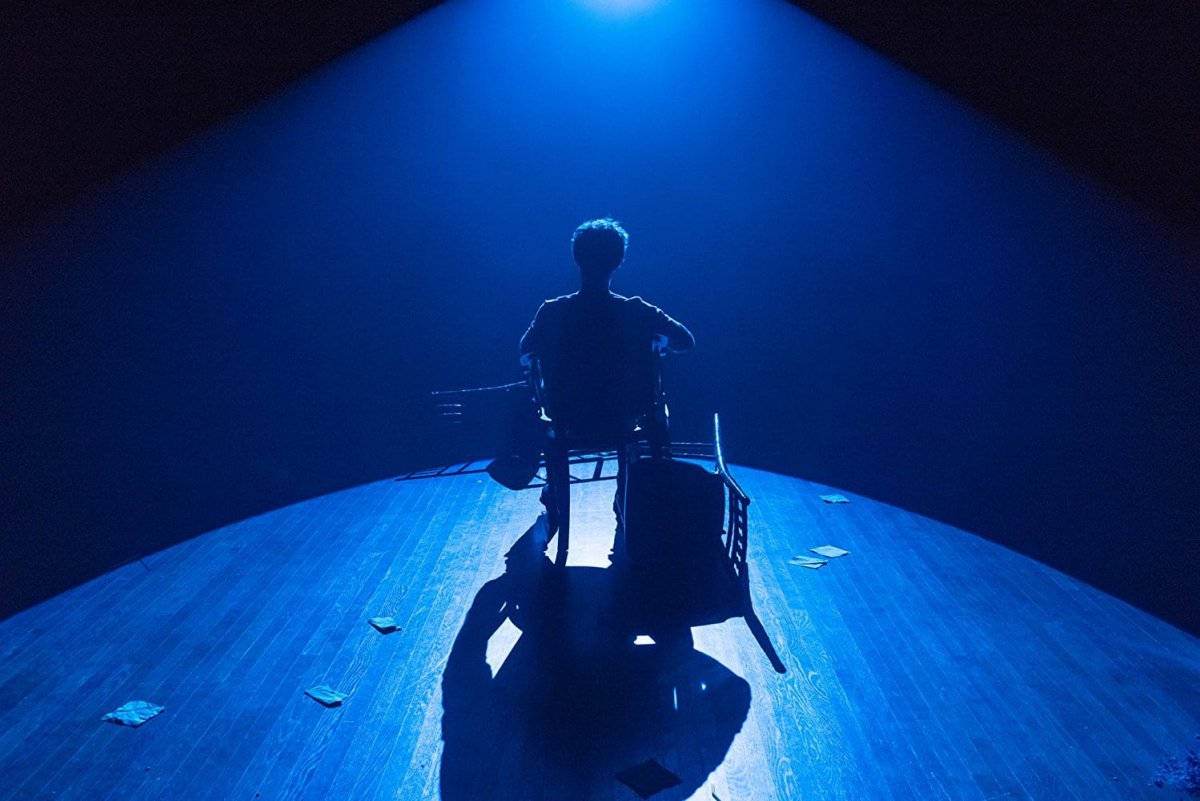 Legion wasted no time in giving us answers to the what happened to David question. There’s no time to really dwell on the past when there are so many new questions raised. We know that David was indeed kidnapped by a floating sphere but he’s back now looking to pick up where he left off. Syd and him on the balcony trying to figure out where Oliver and the Shadow King are headed, but there’s a bit of a problem. While David believes that he’s been gone for a day the reality of the situation is that he’s been gone for almost a year, and a great deal has changed during that time. Our Summerland people now work for Division III in their constant pursuit of Oliver and the Shadow King. The relationship seems tenuous at best but seems to be working. Both sides have a common cause, stop the Shadow King but neither side knows what they’re stopping him from doing. It’s obvious that he’s a monster but the end game is a bit of mystery as Division III can’t get close enough.

Except for that one time where they almost caught him at a dance club only for him to again allude their grasp leaving behind a club full of teeth chattering people. There’s more to it than just the teeth chattering, even though the visual is all types of disturbing, as it seems that the Shadow King is leaving behind a virus in his wake taking out any possible witnesses and leaving behind a new wave of destruction. Division III has been collecting these people, who are basically empty shells at this point, trying to piece together any type of clue where the Shadow King will appear next. Sadly they don’t have one. Dr. Melanie is smoking weed out of ceramic elephants and giving speeches how their men get to be the heroes and they’re forced to stay behind. Syd has been practicing transferring from body to body, and makes a pretty good cat, as she waits for the return of David. The rest of the team is taking a more hands-on approach. Cary is all in on the science and exploration, his internal body twin Kerry is leading the tactical unit, and Ptonomy and his Tommy gun are going from scene to scene searching for clues and collecting Chatters (coining that phrase right now!).

David’s return sparks a bit of hope in finding Oliver and the Shadow King, who knows the creature better, but it also raises a number of questions. Just where the hell has David been over this last year and why does he think that it’s only been a day? While we don’t get to see everything that happened to David over the course of his missing year we did get a ton of huge information. For starters, the floating sphere that kidnapped him… that was sent by a future version of Sydney who is missing her voice and an arm. Future Syd tells David that he needs to help the Shadow King find his body which is contrary to anything Division III is looking to do. Anyone who has read an X-Men comic or watched one of the films know that the best X-Men stories deal with the battle for the future and “Chapter 9” looks to put Legion on that list. Something terrible happens in the future and if we are to believe Future Syd, and why should we, then it has to do with stopping the Shadow King. Maybe Division III, having given up on obtaining David’s powers, have set their sites set elsewhere and their capturing of the Shadow King threatens mutant kind. Maybe preventing the Shadow King from finding his body leads to David’s death and that’s why Future Syd is here, she did look a bit hollow. Or maybe this is just an allusion presented by the Shadow King to manipulate David further. I don’t think so though. While I’m not entirely sure if I trust Future Syd, there was a lot of foreshadowing in this episode that seemed to implicate that her and David could have some conflict throughout the season, she was wearing the compass necklace that David made for her. For some reason this made her seem legit to me. 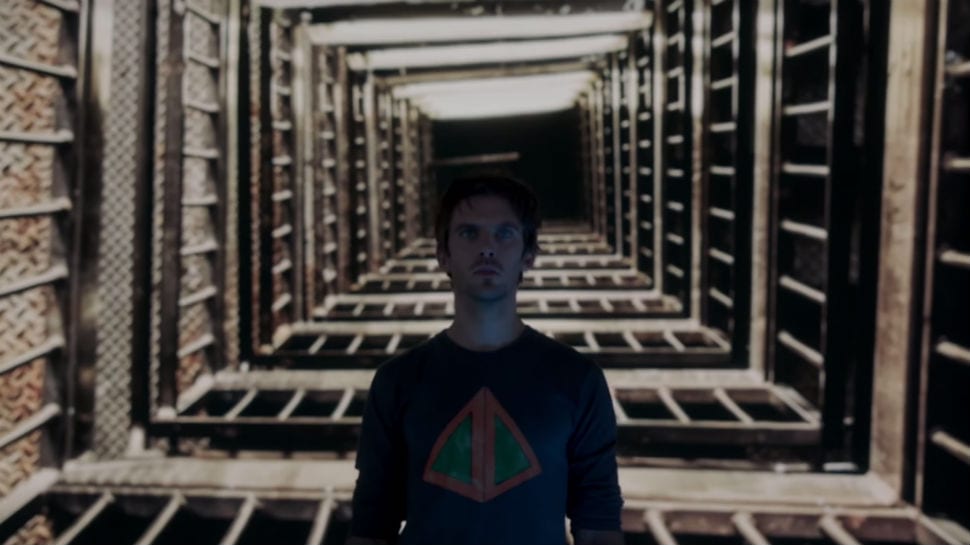 Whether it was actually Syd or not is yet to be seen but we do know that David took her words to heart and spent the majority of his year searching for the Shadow King and Oliver. In fact, he found them in the same dance club that Division III had tracked them too and preceded to have an epic dance battle. You read that right. David battled Oliver and the Shadow King through dance in one of the show’s most mesmerizing scenes to date. At first glance, it’s easy to believe that this dance off never happened, but I beg to differ. Watch it again, and again after that (it’s that good), and piece it together with what else happens throughout the episode. David appears to be beating Oliver one on one to the point where Oliver is backing off and David is on the offensive until Lenny shows up. Lenny comes in fast and furious using her sexiness and manipulation to take control, but she doesn’t win. David, now free of the Shadow King’s grasp, is able to fight back and the two kind of have a stalemate. There is no winner to the dance-off as the three parties kind of stare each other down trying to figure out what the next move is going to be.

Which just so happens to be an allegiance? Watch the ending sequence of the episode again as Lenny wraps herself around David prepping for a kiss. It looks like at that moment that the two sides agree to work together. There are clues too. The safe place that David has created for Syd and him in his mind, the place where they can be intimate and alone, looks to be infiltrated by one of the dark chick symbiotes of the Shadow King. How could that happen if David is free of the Shadow King’s grasp? Unless he allowed him back in. Or was taken over again but I don’t think that’s the case here. If David is listening to the plees of Future Syd then he’s going to try and help the Shadow King find it’s body. Both sides want the same thing here. That’s why I think the opening is so important. We have Lenny and Oliver floating in a pool trying to adjust to the new concept of time and how it just doesn’t exist anymore. What if Division III can’t find Oliver and the Shadow King because David stashed them in someone else’s head. Could that be who the man in the sunglasses is at the start of the episode? Further theory, could that be the man in the sunglasses be Admiral Fukyama? You know, the guy who wears a wicker basket on his head and hangs out with the mustached lady triplets with the robot voices.

That’s one great thing about the return of Legion, no one knows just what the hell is going on yet. It took a number of episodes to piece together season one, and that’s not a complaint, that’s a testament to the stylized storytelling that is Legion. While what we see may be confusing or a misdirect or may never even have happened, Legion is never infuriating. Getting lost in the madness is part of the shows charm. Legion is a show that demands more from its viewers. In fact, it demands a great deal. At one point during last night’s premier Jon Hamm refers to a maze as a puzzle you have to walk through. While we may be watching, not walking, our journey through Legion it doesn’t change the fact that the show is a massive puzzle. We’re in the same boat as David trying to pick apart the pieces of reality while discarding the bits of delusion. Like David, we’re sure to make mistakes. The lines are blurred. Watching Legion is like riding a violent carnival ride, blindfolded and impaired. The beauty of the show is piecing it together while trying to maintain your sanity. 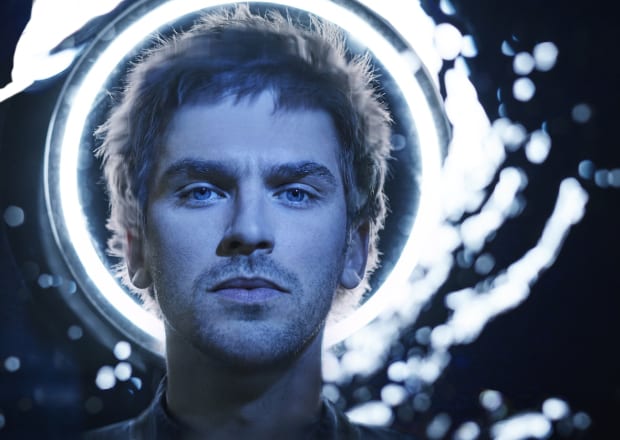 There you have it Geeklings, what did you think of the season two premiere of Legion? Is David willingly helping the Shadow King or is he under its control again? Do you really think that was Syd from the future or another allusion? Can we trust Division III? Sound off in the comments below. In the meantime, if you want to take a deeper dive into the premiere with me and throw around some theories and see what sticks then you can find me on Twitter @iamgeek32. I’ll see you all next week!