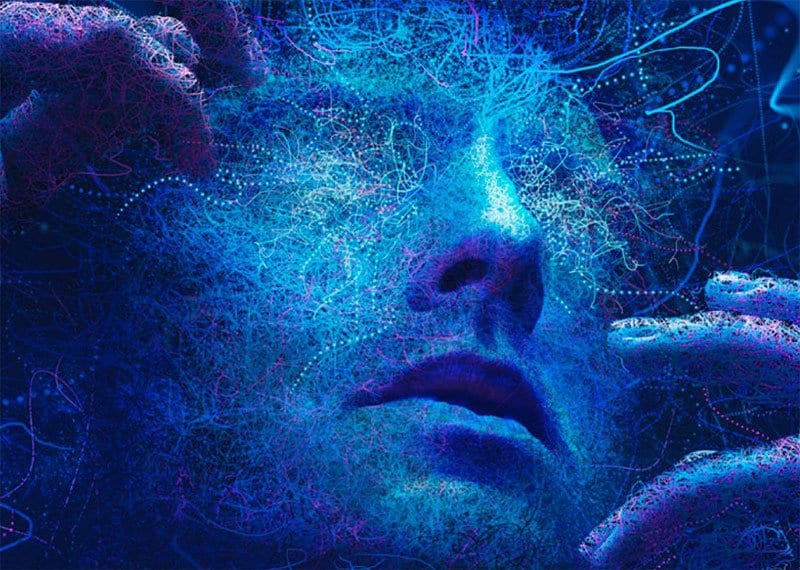 Legion certainly wasted no time last week taking a deep dive into the “what the eff was that” territory. Through all the kidnapping spheres, Jon Hamm narration, dance-offs, and food being served on little boats we did find the central plot of this season. The Shadow King, also known as Farouk, is searching for his body and the Summerland and Division III folks are out to stop him. But what is David doing?

It seems that David might have a different objective going into this season since he was visited by Future Syd while inside the floating sphere. Somewhere down the line Syd will lose her voice and her arm and will travel back in time to kidnap David in order to tell him that he needs to help Farouk find his body. This is a direct contradiction of everything we’ve seen thus far in the show. Everything we know about the Shadow King is that he’s a bad mamma jamma and one has to believe getting his body back will on make it worse. Why would Future Syd be telling David that he needs to assist Farouk in this when clearly it seems like everyone else doesn’t want this to happen? I’ve got a couple of working theories, one being that this Future Syd isn’t Syd at all but another projection of the Shadow King. As I said last week, I’m not really buying this. The idea of time travel is an X-Men staple and I honestly believe that this is a version of Syd we haven’t met yet. If I was guessing why she would ask David to help the Shadow King I think it would have to do with Division III having some super shady motives, something that isn’t that far-fetched considering they spent most of season one as the big bad, or maybe the pursuit of Farouk leads to David’s death and now Syd is trying to prevent that. Could it be without David there’s no one to keep the power of the Shadow King in check? Or maybe it’s just because she misses her man. As per usual, things aren’t really crystal clear on Legion and we’ve got nine more episodes to see how this whole future storyline is going to play out.

That’s not to say that it won’t be a major focal point for this season. The relationship between David and Syd is instrumental in David’s sanity. Here is a woman who helps him stay grounded in reality but also wanting to be more. Syd is David’s anchor but it seems that their relationship is going to be tested this season. Right off the bat, David is clearly keeping information from Syd, in fact, he’s keeping information from all of Division III and Summerland. The only difference is that in the past David could confine in Syd, what has currently changed that?

Could it be an alliance with Lenny (the Shadow Kingish) and Oliver? It certainly seems that way. Last week’s epic dance-off resulted in some form of a truce it seems and I believe that David and the Shadow King or sort of working together. Look at the clues. There was the symbiote chicken crawling towards the bed in the mental safe house for David and Syd. Then there was that kiss between Lenny and David after the dance party that seemed to signify that the two were at least on the same page. As I mentioned in last week’s review, I think David has stashed the two in a place that keeps them off the radar until he can locate the body. It’s hard for them to get caught if they’re off the map. Whether or not David is doing this conscience or subconsciously is yet to be seen. I think some memories are starting to pour in after his time in the Minority Report tank. With David, you never know though. Here’s a man whose sanity, if you could even consider him sane, is hanging by a thread.

Here are some other things to look out for.

There you have it Geeklings. What are you looking forward to the most on tonight’s Legion? Do any of you fully trust David or Future Syd? What’s Division III’s real mission here? Do you want to see another dance battle? Sound off in the comments and if you’d like to talk more Legion you can find me on Twitter @iamgeek32. I’m up for any and all theories or discussions. You’ll probably find me there tonight Tweeting along with the episode. Stop in and say hi. In the meantime, see everyone tomorrow with the episode review. Just remember, everything is real and nothing is real. Should help.