Good Morning, my fellow Gamers! I have a bit of good news for all of you. Remember the discontinued Nintendo mini-console that sold out during the 2016 holiday season? Well, it is coming back!

Nintendo announced on Tuesday said that the NES Classic Edition will start shipping again in 2018 due to strong demand.

When the company announced earlier this year it would be discontinuing the product, gamers were not shy to hide their disappointment. After all, it was one of the most sought out products of the year – and one of the hardest to find. The console came with 30 built-in games, including Mario Bros. 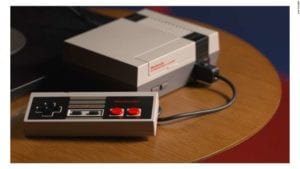 The announcement of its return comes just two weeks before the company will launch its second miniature-sized console: the SNES Classic Edition ($80). The system will feature 21 built-in games like Super Mario World, Star Fox 2 and The Legend of Zelda.

Pre-orders for the SNES are already sold out online at Amazon, GameStop and Target.

Nintendo has promised fans it will be easier to get your hands on this one. The company said it will ship more units of the Super NES Classic Edition on its U.S. launch day, September 29, than all of last year with the NES Classic Edition.

“Fans have shown their unbridled enthusiasm for these Classic Edition systems, so Nintendo is working to put many more of them on store shelves,” Nintendo said, in a statement.

Home » Featured » Gaming: The NES Classic Edition will be Coming to Stores!