The long-awaited sequel to the hit DC fighting game Injustice: Gods Among Us was released yesterday (May 16) and I know I was excited to play around with all of the new characters and features.

First of all, the game is gorgeous. From the trailers, we could see the improvement of graphics, but there isn’t that much of a difference between the cut scenes and the fighting. It all holds up really well and looks amazing. My favorite aspect of the original game is the seamless transition between the cut scenes and battles and that continues. I think it may even be a little bit smoother now. The character designs are really cool and I like some of the changes made to the costumes. The first game was slick with metal plating and such, but this game strips that away and gives us designs that are closer to what they would be in the real world. They seem more functional this time around. 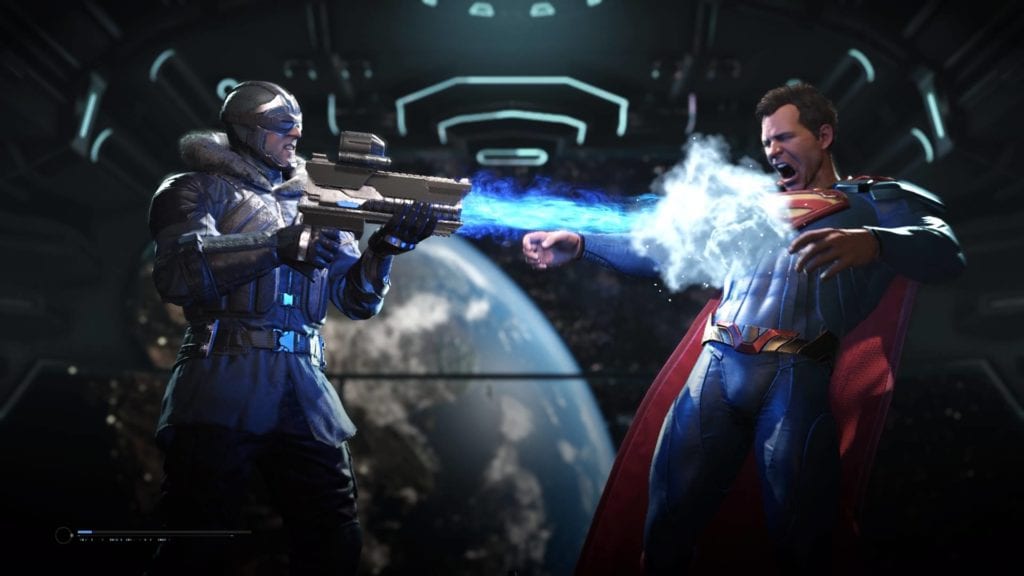 The story is interesting. I only got four chapters in as there was more I wanted to explore within the game (and I didn’t have that much time to play last night). Brainiac is the main antagonist as he comes to Earth for Superman. That’s all I will say about that.

This game does away with battle mode and S.T.A.R. Labs missions and instead gives you the Multiverse. With this, you can view conflict all across the Multiverse and pick and choose what battles you want to get into. It is close to what battle mode is, but there is a little bit more to it than just “fight these 8 opponents in a row.” I only completed one of the Multiverse conflicts, so it could be that there are some things like what we saw in the S.T.A.R. Labs missions later on down the line.

The ability to customize your fighters is pretty cool. Right off the bat, you are able to change the color schemes of everyone’s outfit to give them your own person flair. You receive upgrades to your characters suits as you play through the main story, complete Multiverse missions, and decode cubes. It’s an interesting concept as you can actually create new playable characters with their own skill-sets from an original character. John Stewart, Reverse Flash, and Power Girl are options to create. A secret one that is unlocked by connecting your console game to the Injustice 2 smartphone app is access to the skin for Grid (used with Cyborg). There will be special prizes every now and then for connecting the two together, so I would suggest getting the app just for that.

Now to the playable characters. I dabbled with each of them for a moment, just getting a feel for some of the new ones and I wanted to see all of their special moves (which are just as ridiculous and brutal as the previous game). I feel like we have more villains this time around with Poison Ivy, Cheetah, Grodd, Captain Cold, Deadshot, Scarecrow, and Atrocitus joining the ranks. Black Canary, Blue Beetle, Doctor Fate, Supergirl, and Firestorm join the hero side. Brainiac is a playable character, but can only be unlocked once you complete story mode (or purchase him from the store, but why do that?). As you go through the main story and missions, the character you are fighting as levels up. This plays into the character customization as some of the more rare items can’t be equipped until that character is a specific level. So it’s good to change it up every now and then when you play through the Multiverse. 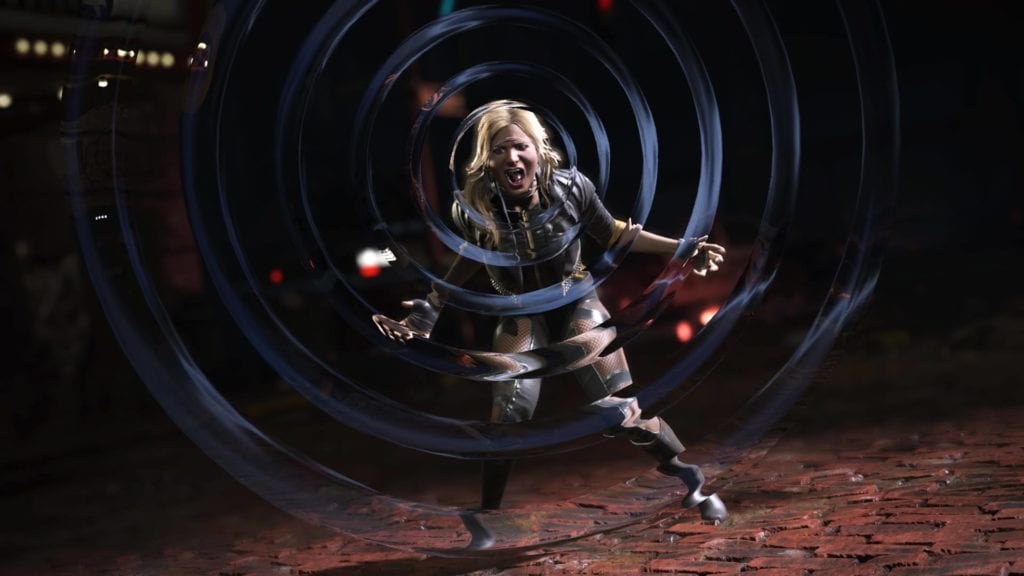 Fighting games are not my forte. I am a button masher and am terrible at remembering which buttons to hit to do specific combos. Regardless, I love this game because I can play as my favorite DC characters and beat up on some other DC characters. I usually tend to pick the characters that are faster since I just hit buttons and hope for the best. Catwoman was one of my go-tos in the previous game and she is still just as quick and awesome this time around. From the new line-up, my favorite is Black Canary. She is fast and has some really cool moves. After using the Canary Cry, the game audio is muffled as if you actually had your ear drums blown out. It’s a really nice touch.

There’s a lot to be explored throughout the game and I know that I have probably only scratched the surface. I didn’t even touch any of the multiplayer stuff. There’s also this tab labeled “Guild,” but I didn’t go into that one at all. I believe you have to be level 5 in order to gain access to it.

If you are a fan of the first game or just a fan of DC in general, I would definitely recommend picking this one up. I know I’m going to be spending a lot of time on it over the next few weeks.