Geeklings, what is going on?! Welcome back to a brand new edition of The Pull List because what would New Comic Book Day be without a new edition of The Pull List. Bleak. It would be bleak. Speaking of bleak (#seemlesstransitions) the landscape of comics has been a bit rough as of late. Well, if you’re Marvel that is. Tons of controversy coming out of the House of Ideas as of late with a smattering of negative press concerning diversity and artists placing not so hidden inappropriate messages. I would hate to be in charge of that public relations team right now. Seems like a new fire springs up before they can get the old one out. Here’s hoping that things will settle down going into next weeks big Marvel event, and if we need a distraction from all the chaos at least Marvel gave us a new Thor trailer to continuously watch. Dear god, does this thing look siiiiiiick!

But here at The Pull List we tend to focus on more of the positive aspect of comics, like how they come out each and every Wednesday. Always here waiting for us like the best friends they are. Thank you comic books for your unrelenting, dependable friendship. As a reward of your undying friendship I would like to discuss the best books of the week. It’s the very least I can do. 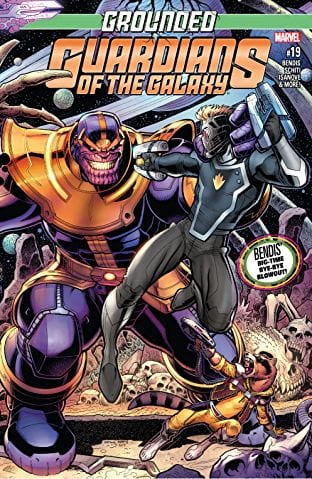 1. Guardians of the Galaxy #19– After five years, Brian Michael Bendis is saying his good-bye to the Guardians of the Galaxy. It’s kind of bittersweet for me as I think the series could use some fresh blood but Bendis is all I’ve known in the Guardians books and I found his run to be mostly enjoyable. Not everything was a gem but he truly understood the voices of these characters and what made them tick and operate, not only as a team, but a family, and for me the humor always tickled my funny bone. Before he goes though, Bendis has one last story to tell as the Guardians, who are still stuck on Earth and scattered about, are set with a monster confrontation with Thanos. It should be interesting to see how Thanos’s return to Earth brings the team back together considering it was his imprisonment that caused the team to split in the first place. Expect an epic battle, emotional payoffs, laugh out loud humor, and a boat load of special artists as Bendis gets the farewell he justly deserves. Here’s hoping that this story arc will wrap up the Guardians time on Earth and get them back into space shenanigans just in time for Vol. 2. 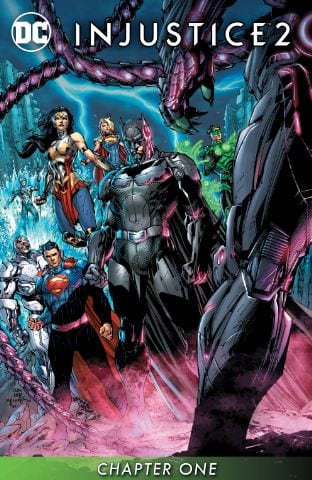 2. Injustice 2 #1– In the column’s title I wrote “Injustice Returns” which out of context must seem like a very strange thing to be celebrating. Fear not citizens as I am talking about the return of the Injustice comic books and trust me, that is worth celebrating. With this new series, looking to lead into the next Injustice video game, Tom Taylor makes his triumphant return to the series and I for one couldn’t be happier. I felt the series really weakened after his exit and his return adds a new level of promise and excitement to this already badass story. This issue should pick up after the events of the first game, with Superman imprisoned, Batman brooding about the state of the world, and if the Regime still has a claim to power. Injustice was instrumental in getting me back into the DC universe and I’m looking forward to this alternate Earth where I more than tolerate Superman. That’s right I like my Supes as the villain as it’s the only way he works for me. Sorry Superman purists. 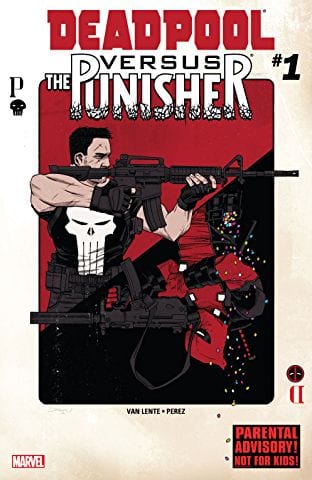 3. Deadpool vs The Punisher #1– At this point it seems that Deadpool has taken on just about every Marvel character. There was Hawkeye, Daredevil, Luke Cage, and Spider-Man, and… well, he killed the entire Marvel universe at one point. Yet, something seemed to be missing. Not anymore! With this new title involving the Punisher a comic book fan can’t help but get all types of giddy little goosebumps about the ensuing mayhem. Somehow I don’t think crazy town banana pants will be enough to cover this books action/violence, especially with that parental advisory warning. All I can think to say is yes please! 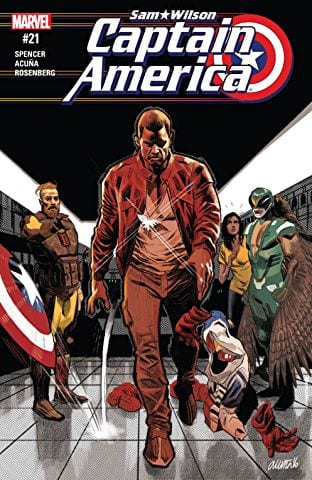 4. Sam Wilson Captain America #21– It would appear that Sam Wilson has had enough. If this cover is any indication it looks like the Marvel universe is about to have one less Captain America, and with Secret Empire starting next week that seems like nothing but trouble. What impact will Sam’s decision have on the Marvel universe, and how does this fit into Hydra Caps plans? Secret Empire is only a week away and the board looks like it could finally be set. In case you haven’t picked up on my enthusiasm over the last couple of weeks, but I am all types of pumped for this event. I know Civil War II was a bust, and yes I was excited about that too, but this just seems too good to fail. Right? Guys? Right?… Guys? 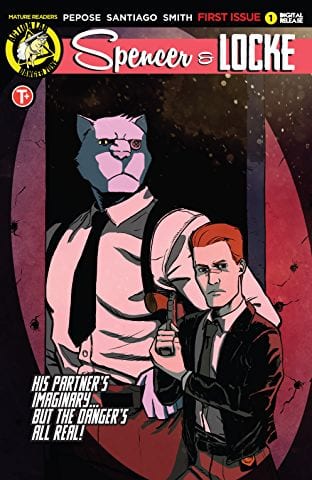 5. Spencer & Locke #1– I’ve read an advanced review on this book where it was described as Calvin & Hobbes meets Sin City. Shhhhhhh, just take my money already. Here. Take it all as my childhood has always secretly wanted this book. 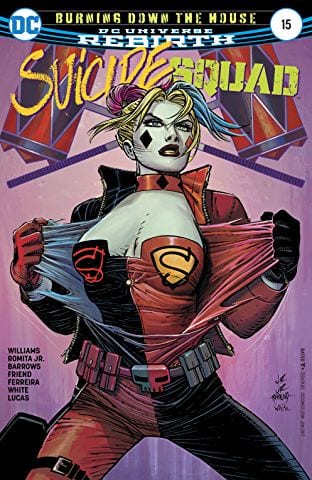 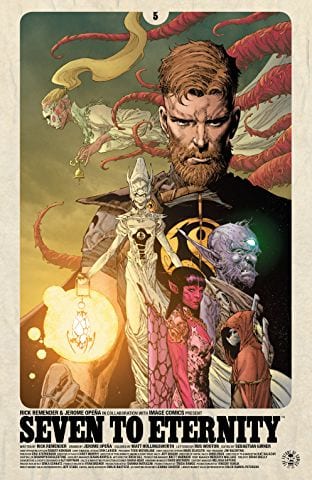 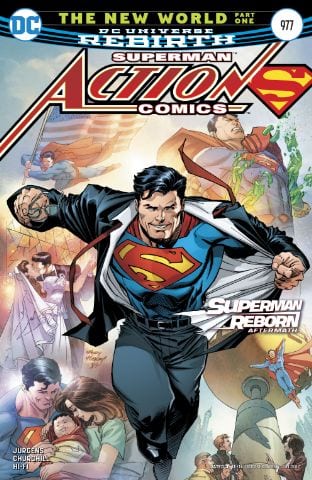 There you have it Geeklings. There are literally tons of books to get your mitts on this week. Sometimes the idea of choosing what comics to read can be daunting, but I do my best to make that job a little less stressful for you. As always if you feel I left anything out by all means sound off in the comments below. If you’re looking to talk comics or anything geeky you can find me on Twitter @iamgeek32. In the mean time, happy reading and I’ll see you all next week.