It had to happen eventually. DC Comics’ Bombshells statues, inspired by World War II nose cone and pin-up art began as a line of statues, became a successful comic, and now is finally becoming an action figure line in scale with most other DC Collectibles figures. Revealed on preview night of Comic-Con were baseball playing Batwoman, bomber Harley Quinn, Poison Ivy, and Wonder Woman make up the first wave, loaded with articulation, multiple interchangeable hands and character-specific accessories. 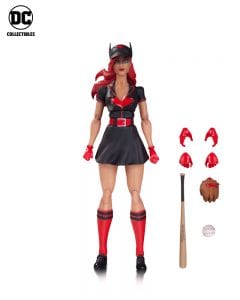 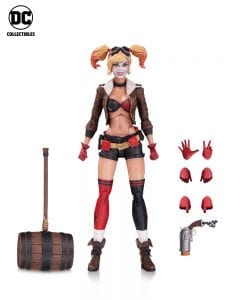 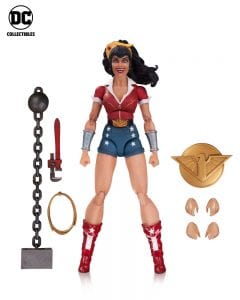 We also got a look at the animated series Batwing, which is truly massive in a way the press images don’t convey. Bear in mind that the figures you see in this pic are seven inches tall.

The animated figure line will expand with the likes of Riddler, Catwoman, Superman with Lois Lane, and a Batman with interchangeable facial expressions and capes for a wide array of posing options.

While it has taken some time for DC Collectibles to do figures based on Man of Steel and Batman v Superman, they took the time to do it right (the timing works somewhat better for Suicide Squad, represented as movie action figures and statues). Many of these figures have been previously announced, but the Jason Momoa Aquaman is new.

A three-foot tall Wonder Woman (Gal Gadot-style) with rooted hair dominated the room, though her sword poked a bystander or two in unexpected places. There’s also a Gotham City Garage retro ’70s-style motorcycle statue with Wondy, and this scene-specific diorama from the upcoming movie: DC Icons, the six-inch super-posable line designed to compete with Hasbro’s Marvel Legends, is getting additions like Blue Beetle, Booster Gold, and Etrigan. If those seem a little too hard-edged for your tastes, soft plushes of DC pets like Jumpa the kangaroo and a Joker Fish are eminently huggable.

First off, DC Collectibles are finally going to do six-inch figures based on DC movies, beginning with Man of Steel, Batman v Superman, and Suicide Squad. They call them the first-ever DC movie figures… but that’s if you don’t count Watchmen.

Badassery of all kinds, from acid-washed to Amazonian. 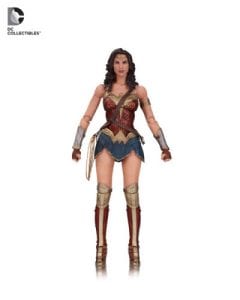 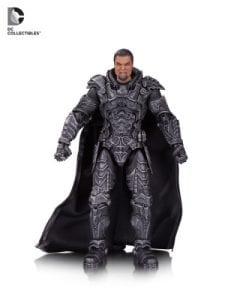 For TV fans, how about this Arrow and Flash two-pack? Nothing from Legends of Tomorrow yet, but you’d have to guess it’ll be next. 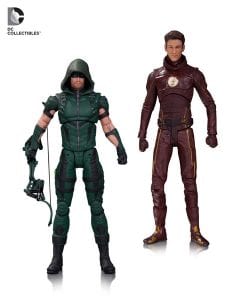 With the success of the fully articulated Batman Animated figures last year, it was only natural that there’d be an expansion, but HOLY CRAP! ANIMATED DARK KNIGHT RETURNS FIGURES! 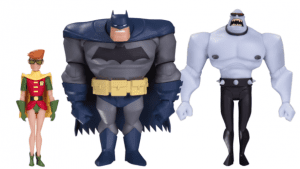 Nothing more to see here…oh wait, just a SCALE BATWING. And that’s not even the half of it… 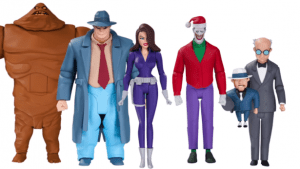 Comics more your speed? There are plenty of toys for that, too, like this nifty Batgirl/Batcycle package: 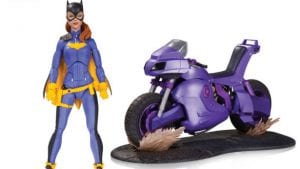 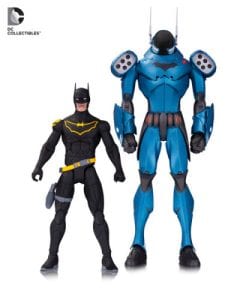 How about some finny, funny, and oh-so-delish accessory packs for your figures? 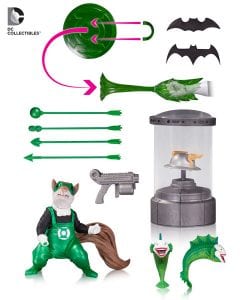 Or maybe you prefer to…sleep with the fishes? 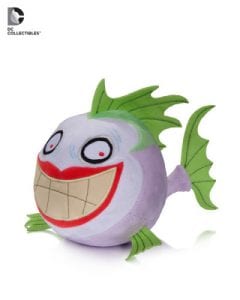 We could go on. But click the video above and you’ll see everything. You’ll want to hit pause quite a few times to add items to your shopping list, too.

Here’s the full list of what’s coming, from the press release: