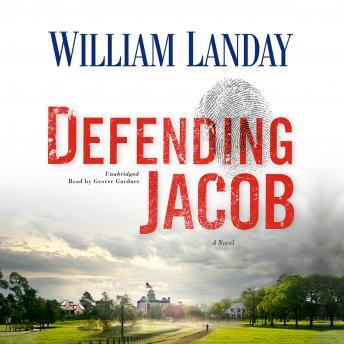 If you’ve been wishing for more Chris Evans on your screen, you’re in luck! The Captain America star is heading to the small screen for a limited-run drama series on Apple’s new streaming service. Evans will be headlining and producing a series titled Defending Jacob, which is based on William Landay’s 2012 best-selling novel.

According to TVLine, Defending Jacob follows “Andy Barber (Evans) in the aftermath of his 14-year-old son, Jacob, being accused of murder. The allegations have a major impact on Andy’s family, and he must reevaluate what he thinks he knows about his child.” The series was created by Planet of the Apes’ Mark Bomback who will also serve as showrunner. He will co-executive produce alongside Evans.

Defending Jacob joins a growing lineup from Apple, which features series such as Jason Momoa’s See, Aaron Paul and Octavia Spencer’s Are You Sleeping?, Joel Kinnaman’s untitled space race drama,  the untitled Reese Witherspoon/Jennifer Aniston project and It’s Always Sunny’s Charlie Day and Rob McElhenney’s new comedy. Kristen Wiig was originally attached to star in a comedy series but had to drop out due to filming conflicts with Wonder Woman 1984.

While not a complete stranger to the television, Evans’ move to Apple is certainly an exciting one for fans who have been watching him play Captain American in the Marvel Cinematic Universe since 2011. His most recent film outside of the MCU was 2017’s Gifted, but he has a packed roster of big-screen flicks on the horizon. He will be teaming up with his Infinity War co-star Tom Holland (Spider-Man: Homecoming) for The Devil All the Time, which follows a cast of compelling and bizarre characters from the end of World War II to the 1960s. He is also set to star in Jekyll, where he will play the only descendant of Dr. Jekyll and Mr. Hyde who makes a deal with the dark side.

So, what do you think about Evans’ move to television? Do you like the sound of Defending Jacob? Let us know!