Vanity Fair previously reported that Ben Affleck‘s version of the Dark Knight will be returning for the upcoming Flash movie! This is great news for people who were fans of Affleck’s portrayal of Batman in BVS and Justice League. Now, it’s being reported that Affleck may be returning to the role for a new stand alone film but only under certain conditions.

WeGotThisCovered is reporting that Affleck isn’t completely against the idea of finally making a standalone Batman movie, but he wants creative control over it if he does. The current pitch is for a prequel of sorts that takes place before Batman V Superman: Dawn of Justice, freeing it from the shackles of continuity. And, it’d most likely be made for HBO Max.

However, the Flash film is, reportedly, set to explore the DC multiverse and will also feature Michael Keaton‘s Batman. Michael Keaton portrayed the caped crusader back in 1989.

This film will apparently have nothing to do with Matt Reeves’ The Batman, set to release in October of 2021.

For those who weren’t paying attention a few years ago, Affleck has been taking heat since being announced as Batman. Many fans were furious, citing Affleck’s previous superhero film, Daredevil, as evidence of why he should not be Batman. Here we are years later and people are still debating whether his portrayal of Bruce Wayne was a success or failure. Affleck himself has admitted that the role has been hard on him. This Flash film will keep the Ben Affleck Batman debate alive a while longer it seems. 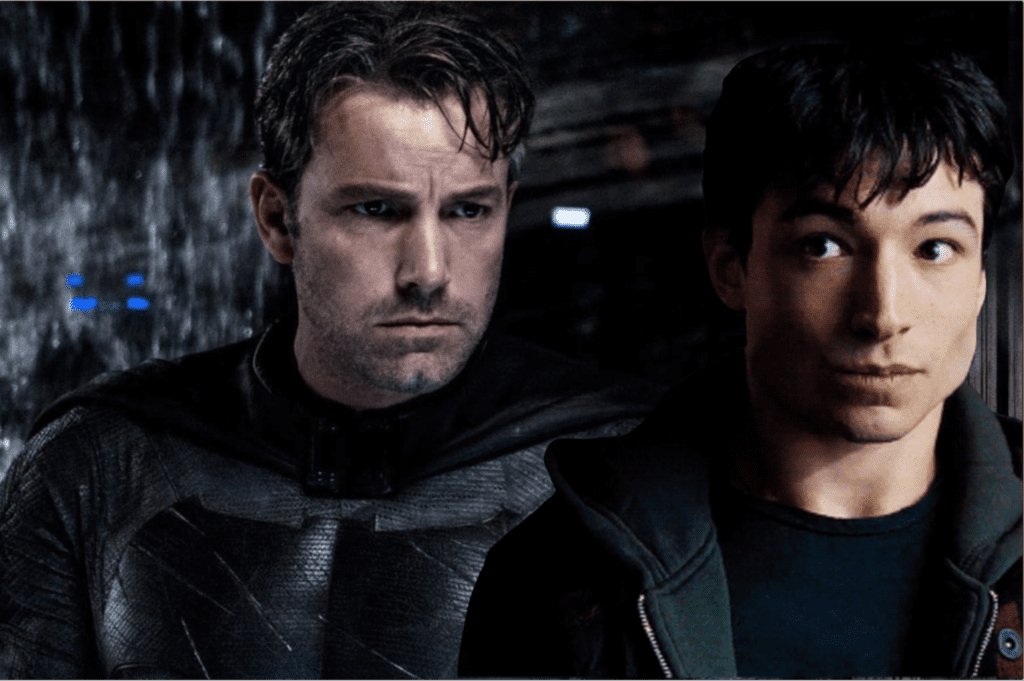 It’s been some time since we’ve heard anything regarding the Flash movie. Some were even speculating Ezra Miller may not be returning to the role after footage of him assaulting a fan made the rounds several months ago. If these announcements are any indication though, it seems like the film is moving forward as planned.

The idea of Barry visiting the multiverse and fans seeing multiple versions of beloved characters is an enticing one. If we’re lucky, perhaps both versions of Batman will meet and share screen time together.

It’s been a crazy few days for DC fans. Several teases have been releasing ahead of DC’s FanDome event which starts on August 22, 2020. Zack Snyder teased more Justice League: Snyder Cut footage and Matt Reeves revealed the logo for his own upcoming Batman film.

For now, the Ben Affleck Batman debate will continue!

Alexander Ouellett contributed to this article.