WARNING: This article contains some mild nudity, sex and drugs. More importantly it contains SPOILERS from Animal Kingdom Season One.

Animal Kingdom is set to debut Season Two, next Tuesday, May 30th on TNT! This last week, let’s look at a slightly lighter aspect of the show, namely Craig, played by Ben Robson. His character isn’t much lighter, but he seems to have more fun and he’s just hot. Craig takes the physical beatings, does tons of drugs, and doesn’t make good choices when faced with ethical dilemmas. He’s a beast.

Here are a few of our favorite Craig moments.

1. This first one was in our Smurf’s moments as well, but it’s worth repeating. Craig walks into the kitchen in the buff to destroy the coffee grinder that woke him up. Smurf talks him down with a story about how he forgot her birthday. He hangs around the kitchen, buck naked, while they make plans for the day. He’s hoping the two women he has in the bedroom will leave before he goes back to bed.

2. This next scene is one of those bad choices moments. He finds his sometimes girlfriend/drug dealer on her bathroom floor. She overdosed. Does he call 911? No, he ransacks her apartment for drugs and valuables and leaves. After he gets some blow into his system, he feels really bad about what he did. 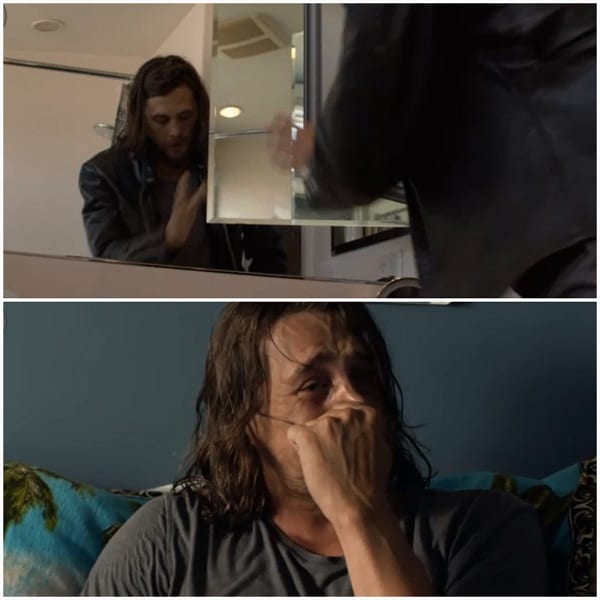 Later he has the balls to visit her in the hospital and promises to beat up whoever robbed her. That doesn’t work out too well for him. 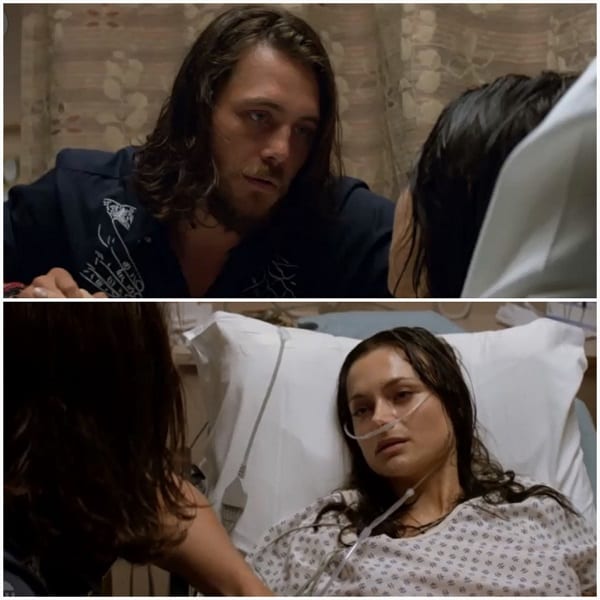 3. After a gunshot wound goes septic, Baz takes Craig down to Mexico for a doctor. But after being hooked up to an IV all day, he starts to feel better. Craig immediately wants to leave because he’d rather drink tequila on the beach and do blow, after almost dying from an infection. And he does. Did I mention he’s a beast? 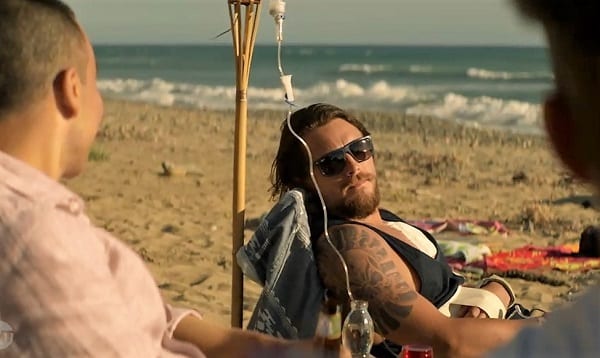 4. On their way home from the doctor’s visit, Baz and Craig are stopped at the border. A drug sniffing dog is inspecting cars. Baz doesn’t think Craig would be stupid enough to smuggle anything on this trip. But Craig is stupid enough. (According to Smurf, this stupidity should be called “Fearless.”) 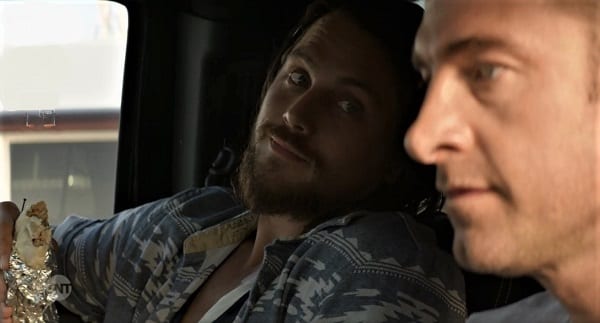 Where are the drugs? In Craig’s burrito, of course. Craig unloads the drugs for a tidy sum after sampling with the dealer!

5. Our last moment is another lapse in judgement. Craig constantly hits on Josh’s underage girlfriend, Nicky.

He ultimately sleeps with her. 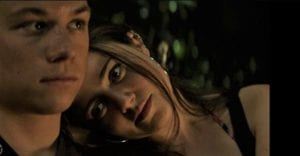 It works out well for Smurf and Baz though. They want to keep Nicky around to scam her father, after Josh pushes Nicky away. From the moment Josh brings Nicky home to meet the family, there is something between her and Craig.

Keeping things in your pants, isn’t the problem, Craig. You have a difficult time keeping your pants on at all. Which is why we’ll keep tuning in.

Catch Craig and all the Cody boys on the premier of Animal Kingdom’s Season Two, next Tuesday on TNT, at 9pm ET. See you Tuesday!

Animal Kingdom on TNT is the American version of a 2010 Australian movie by the same name. It follows the Cody’s, a crime family headed by Ellen Barkin’s character, Smurf. It features Scott Speedman, Ben Robson, Shawn Hatosy and Jake Weary as her biological and adopted sons. We are introduced to the family when Smurf’s cunning grandson, Joshua, comes to live with them after his mother dies of an overdose.