There isn’t much snark in this week’s recap. “Dig” was an intense episode. We open on Pope and Smurf watching the security camera video of Javier’s men going through the house. Deran and Craig avoid Smurf phone calls as they plan the yacht heist. Josh is hell bent on revenge on Javier. 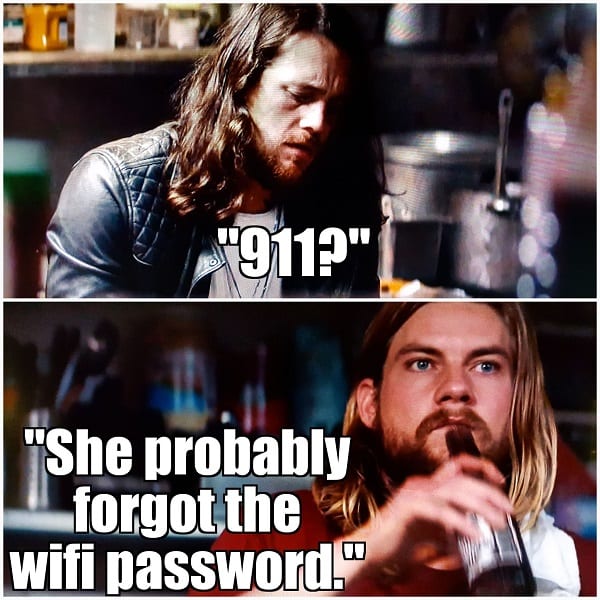 Smurf manages to draw the boys back in to help her take care of the situation. She wants Javier dead. None of them seem too concerned that Josh’s attack. Smurf exploits that. 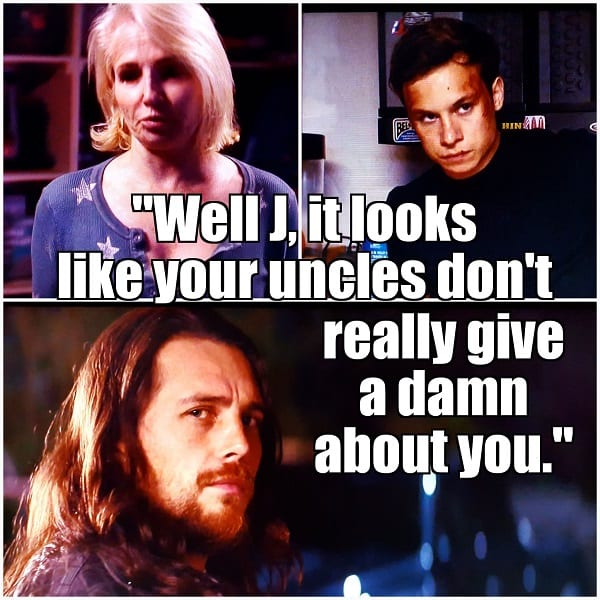 They’re all gun shy about getting a murder rap for Smurf’s ghosts. But they agree to dig up the body and her gun. Smurf is massively pissed that Deran and Craig will only dig up the body for payment.

Smurf says she had nothing to do with killing Javier’s dad. Manny shot him to put him out of his misery, after a fatal stomach wound. And Jake buried the body, telling Smurf that he threw her gun into the grave. But she always told the boys that Javier’s dad ran off with all the money. Pope questions whether Smurf is the victim of the other guys in her own crew, asking her whether she really wasn’t completely in charge of the crew. And Javier tells a different story completely, with Smurf shooting his dad in the back of the head. None of the Cody’s trust in Smurf’s story and Josh doesn’t trust anyone in the family. 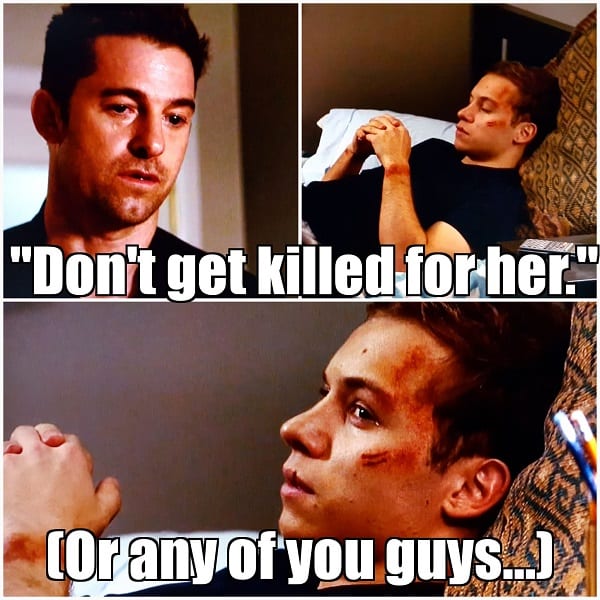 Baz tells Pope he can’t help with the body because of the cops following him in connection with Catherine’s disappearance. Even Baz now believes she’s dead. Pope is stone faced about it and let’s Smurf know about the police sniffing around Baz. Will Smurf tie Baz to the murder if the police get too close?

Baz negotiates an extortion reduction to $200,000 with Javier, for the damages to the house and attacking Josh and Nicky. He has a heart to heart with Javier about their childhood. Javier reminds Baz what she is really like, and that Baz isn’t even really one of her children. 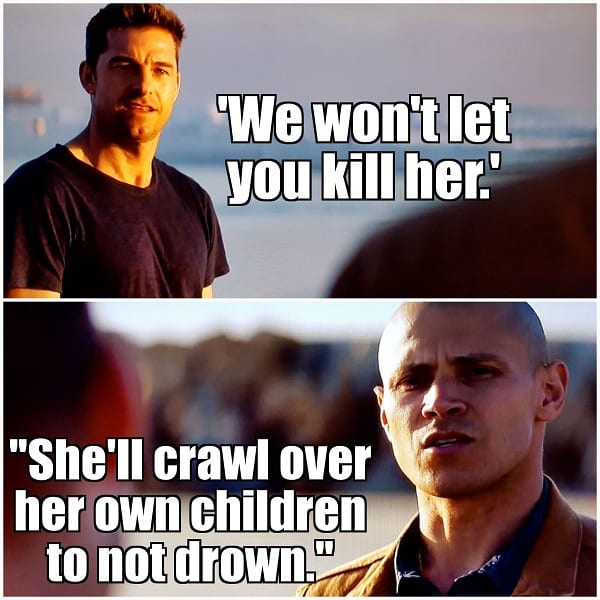 Smurf claims to have no money since Jake stole the $300,000 and Javier took all the money out of the house. She has surmised how much they made on the church job from the cut she was offered. She wants Baz to use that money. Baz assumes she has more in savings. Boy does she. Baz rolls over pretty quickly on putting the money up front. Will she pay him back or will she take it as punishment for the boys leaving her? Her assets may not be liquid, but she does have the money.

Josh and Nicky get closer. They were both the victims here. Are they going to look out for each other now? She does brush Craig off when he checks on her. 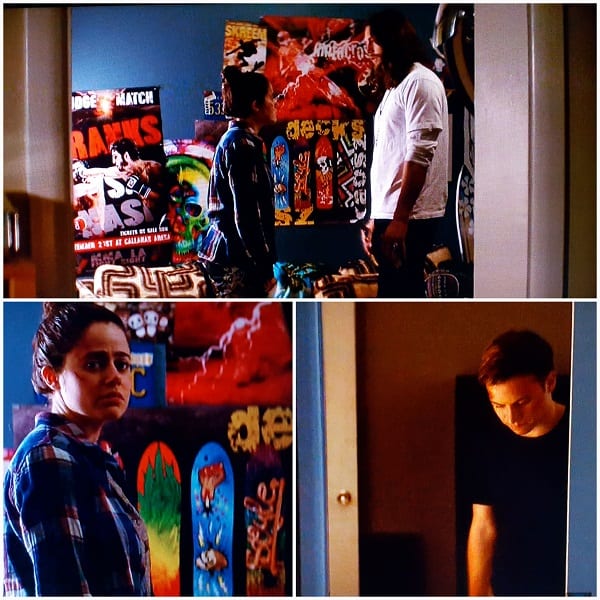 Deran pauses to remind Craig how Smurf used to make them fight each other to end disputes. Craig never touched Deran because he was bigger, so Smurf would set Pope against Craig to punish him. 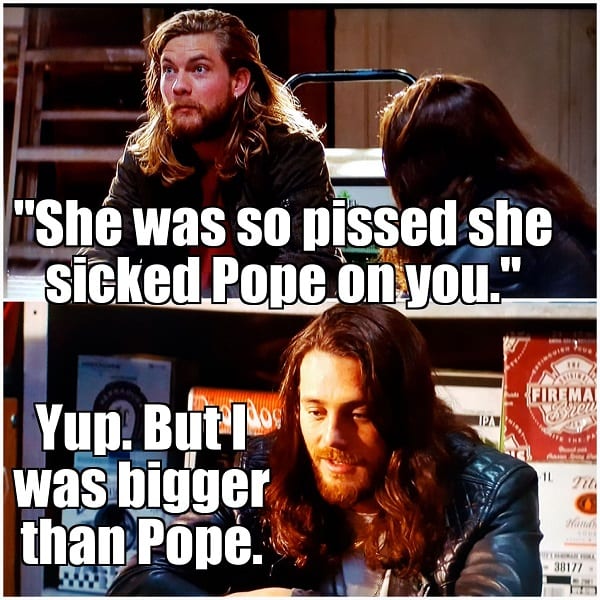 Despite being kept out of the loop, Josh shows Nicky how to use a gun. They both need to look out for themselves. Craig waits a while, but eventually interrupts them. Is he going to step aside, or step up his game with Nicky? 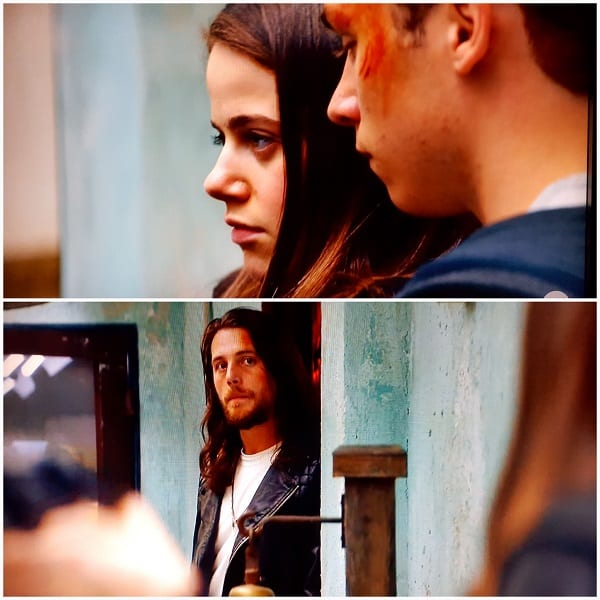 Smurf keeps Nicky out of the loop on what is going on, but she wants in. Smurf insists she can’t tell her about anything this time. 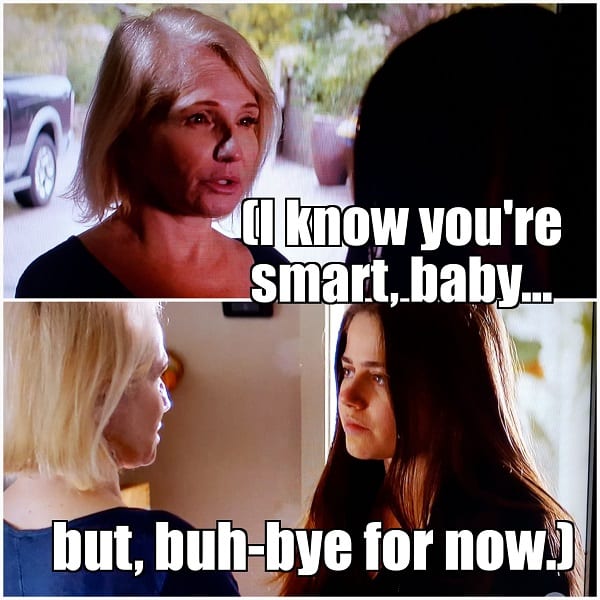 Baz goes with Smurf to drop off the money. And the remaining boys head to the house where Javier’s dad is buried, posing as utility servicemen. Digging up the body isn’t too much of a problem until they can’t find one of the feet. Pope gets the foot at the last minute, but a boot doesn’t come out with it. Will evidence of a body be found with residue of human remains? The boys didn’t clean up the concrete. Someone will probably show up to investigate when no one shows up to fix the floor. At least they got Smurf’s gun. She can’t be tied to the murder. But all the boys can be tied to obstruction of justice and several other crimes if the old lady and the neighbors can identify all those handsome men.

Javier won’t simply take the money at the drop. He wants to talk with Smurf. Smurf gets out of the car and berates Javier for being a loser like his dad. As he pulls a gun on her, his own man shoots him in the head. Smurf set it up from the beginning, knowing from Jake that Mannie’s crew always thought Javier was a loose cannon. They just wanted the money. Baz is rattled, again Smurf has made plans no one knew about, not caring how the outcome may screw up someone else. Does she give a damn about him after seeing how she treated Javier, a kid they all grew up with? She assures him that he is family.

Has this incident and the belief Cath is dead, changed Baz’s attitude about fatherhood? 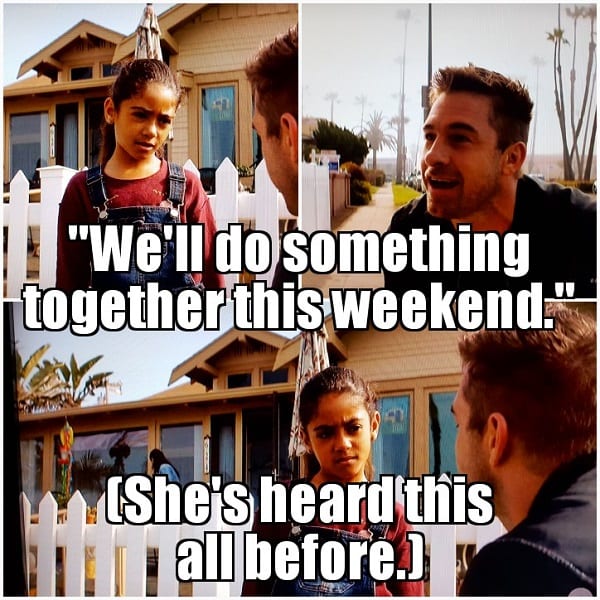 Will Smurf pay back the $200,000 or make the boys go after Jake for the money? Will Craig learn who Jake is? Will Nicky end things with Craig? Will any of the Cody’s be tied to the shallow grave in the basement. And where will Pope relationship with Amy go? Find out on Animal Kingdom, Tuesday’s at 9pm on TNT.