A Plague Tale: Innocence finds beauty in the hideous. In a quickly decaying 14th century France fraught with diseased rats and the ruthless Inquisition, the game manages to focus on human moments and hope, rather than bellow in the darkness. It is a game about the bonds of family – either by blood or friendship – and perseverance in the face of unlimited opposition. Asobo Studio has created a game full of stunning graphics, great voice acting, and tense situations that should be experienced by all players that long for an emotional story and unique gameplay. 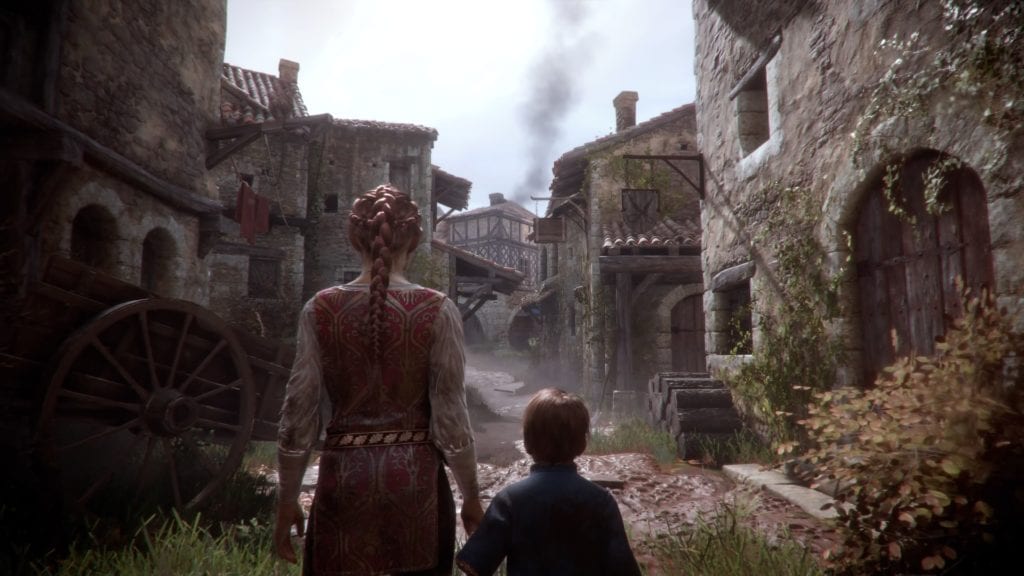 A Plague Tale: Innocence is the story of the royal de Rune family, headed by Robert and Beatricie, alongside their children Amicia and Hugo, the latter of which is afflicted by a rare blood disease and unable to leave his room. Beatricie spends her days behind locked doors working on various potions in hopes of finding a cure for Hugo, while Amicia wonders why her mother ignores her. After a grueling visit by the Inquisition, Amicia and Hugo must sneak out of their family home and make their way to safety.

The story is told in a linear fashion as developers Asobo Studio set out to create a story driven narrative with little in the way of side quests to distract from the main story. This design choice drastically helps A Plague Tale: Innocence as the addition of side quests or various other time killers would have served only to remove the ever-building tension of the main storyline. There are a few collectibles and the levels do allow you to approach situations from various angles, so there is a slight degree of exploration – but ultimately this game was engineered to take you down one specific path to never lose the impact of its overarching story. 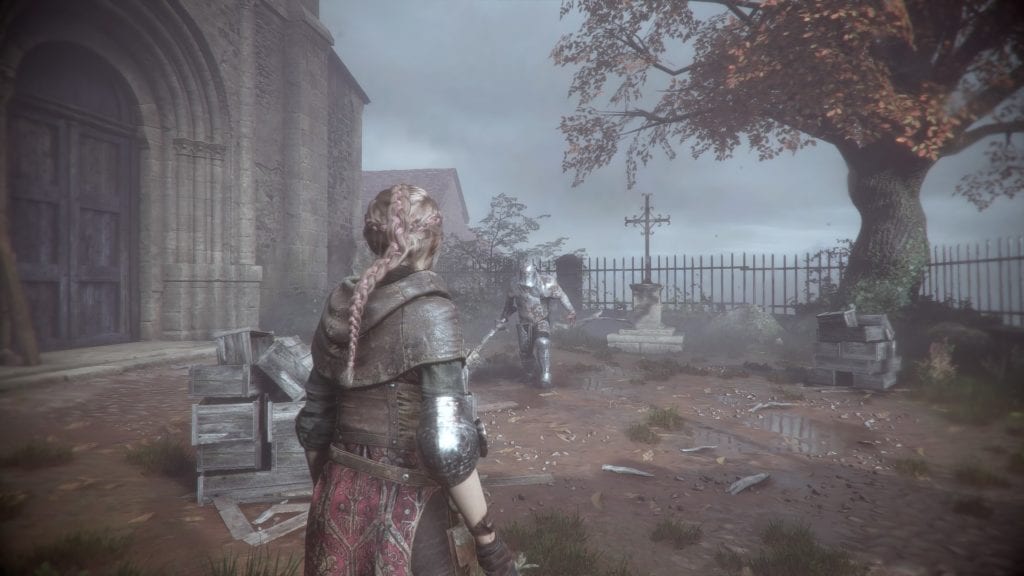 The gameplay, despite being narrative driven and beginning rather slowly with stealth being your only option, greatly expands as the game progresses. Amicia and Hugo are together almost constantly, and you must hold Hugo’s hand to lead him, except for rare cases where you issue orders to him to stay, pull a lever, grab an item, etc. So, you are constantly on the edge, as having a five-year-old boy with you limits what you can do and forces you to think strategically.

The game does a great job of introducing new mechanics and abilities as you come up against harder and faster opposition. At first, you can only use your sling to throw rocks at enemies – or at various items in the world to distract enemies – but by the end you’ll be setting fires, putting out sources of light, burning helmets, etc. To explain all abilities would ruin the surprise of the game, so just know that the game will give you countless ways to survive; many unexpected. Almost all are a joy to wield though. 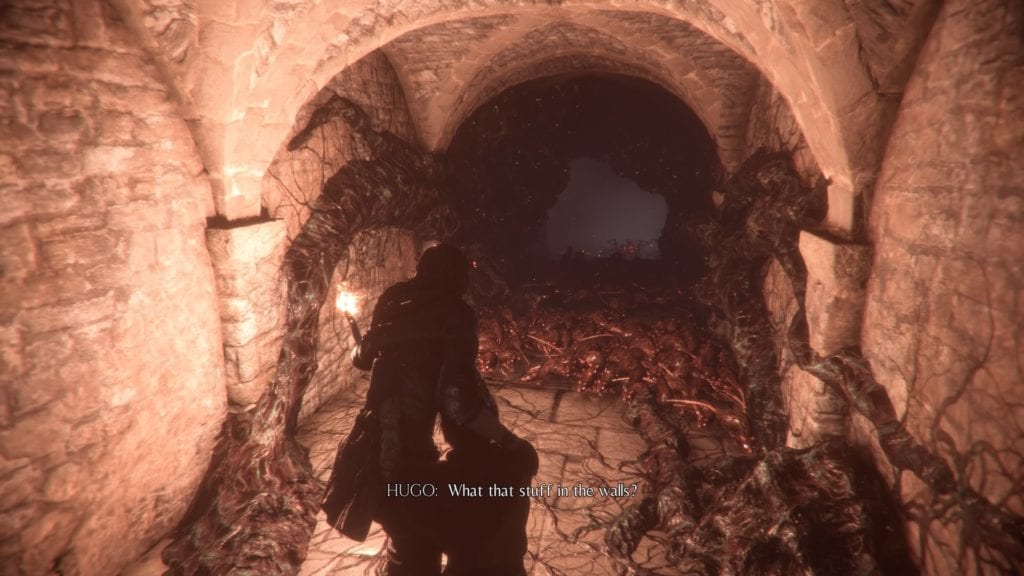 The levels are puzzles, ranging from castles, dark forests, fields full of soldiers, towns affected by the plague, and burning buildings. Each level forces you to work out the best means of passage, whether it be by taking out your enemies, finding a way to sneak around them, or by finding sources of fire and scaring off the rats. While I originally feared that the puzzles would get monotonous, the sheer creativity involved in every set piece kept me thoroughly engaged.

Do not approach A Plague Tale: Innocence as an action game. Yes, it does have action and yes, it does allow you to fight your way out of tough situations but normally your best plan of attack is to not attack at all. Amicia is human, and as such can go down rather quickly. You have no health bar; being caught, hit with an arrow, overrun with rats, or hit by a spear will take you down instantly. Essentially, to face the enemy is to die. Your only hope is to take the enemy out from afar or to ensure that the enemy never knows you were there. 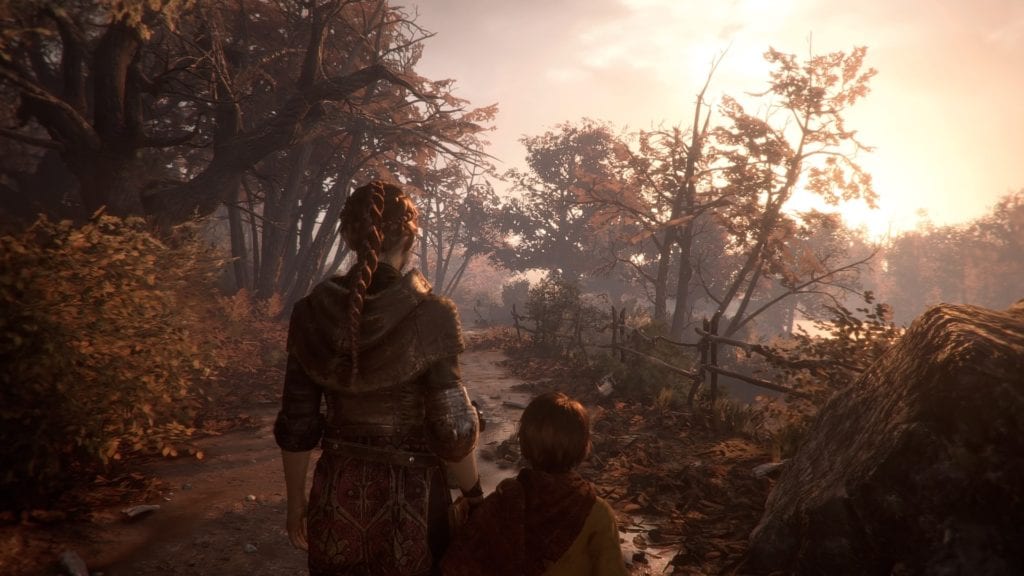 A Plague Tale: Innocence boasts some of the best graphics I have seen in a console release in years. The environment oozes with darkness, creating a tension from the landscape alone before opening into areas of pure beauty, forcing you to realize that not all is lost in this world.  The sheer scale of the various levels and the Gothic architecture is enough to make AAA titles jealous, and to think that this game was created by a much smaller team of dedicated creators is nothing short of amazing.

I found myself stopping to check out the scenery countless times during my playthrough and snapping screen shots. You can find my gallery below as no amount of my words can do the graphics justice and yes, the game is not perfect and there are small problems – but really, they do nothing to affect the overall product and I’d much rather focus on the great than the tiny instances where a graphical glitch may have occurred. For all intents and purposes, the graphics are some of the best in any current generation game and are a marvel of what a dedicated team can accomplish when armed with a specific vision. 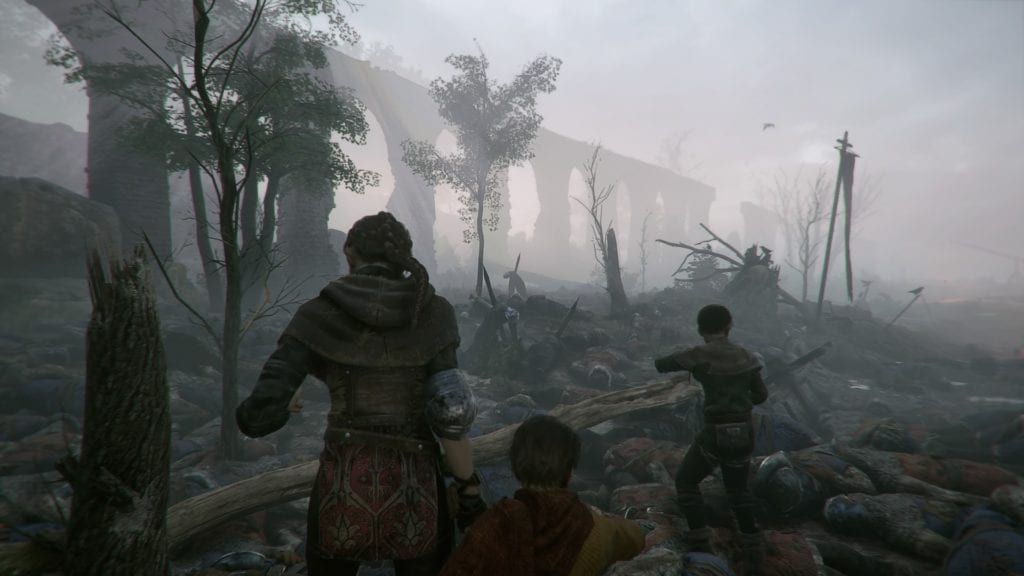 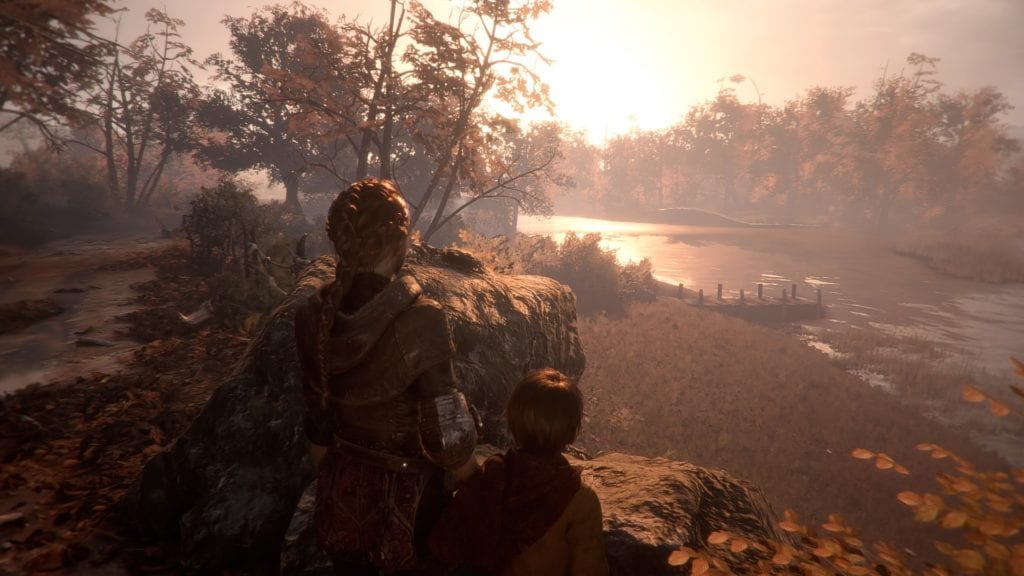 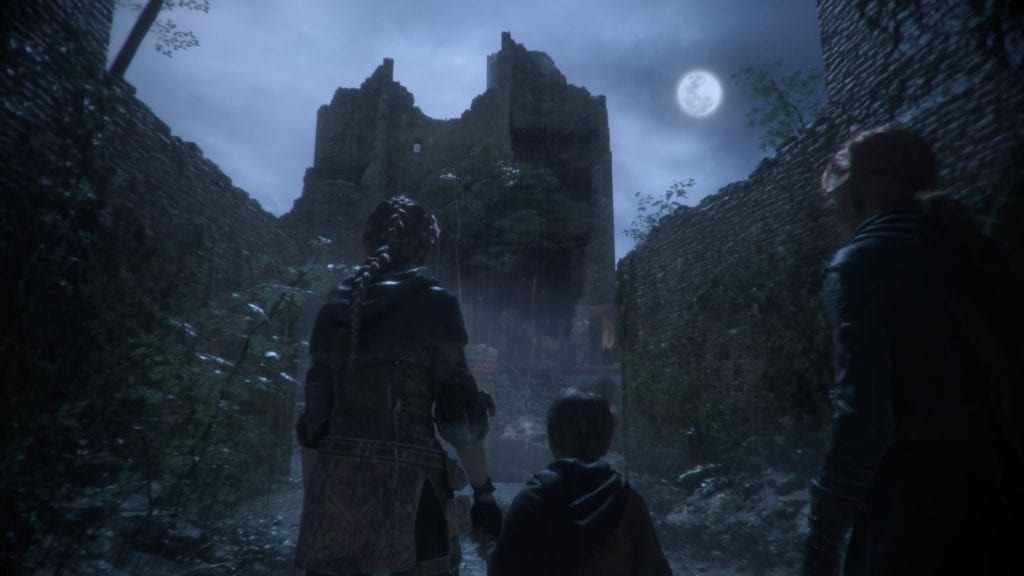 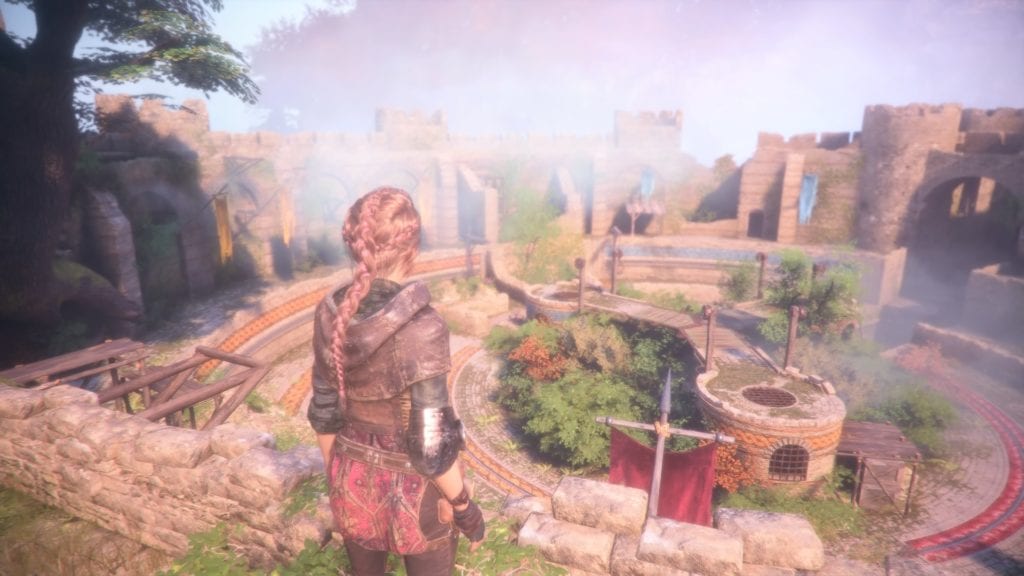 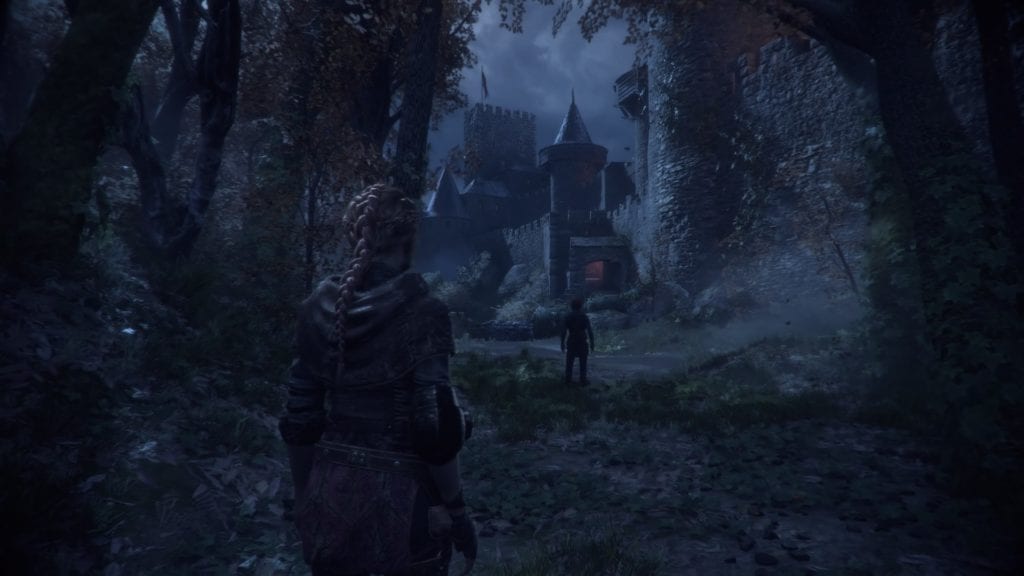 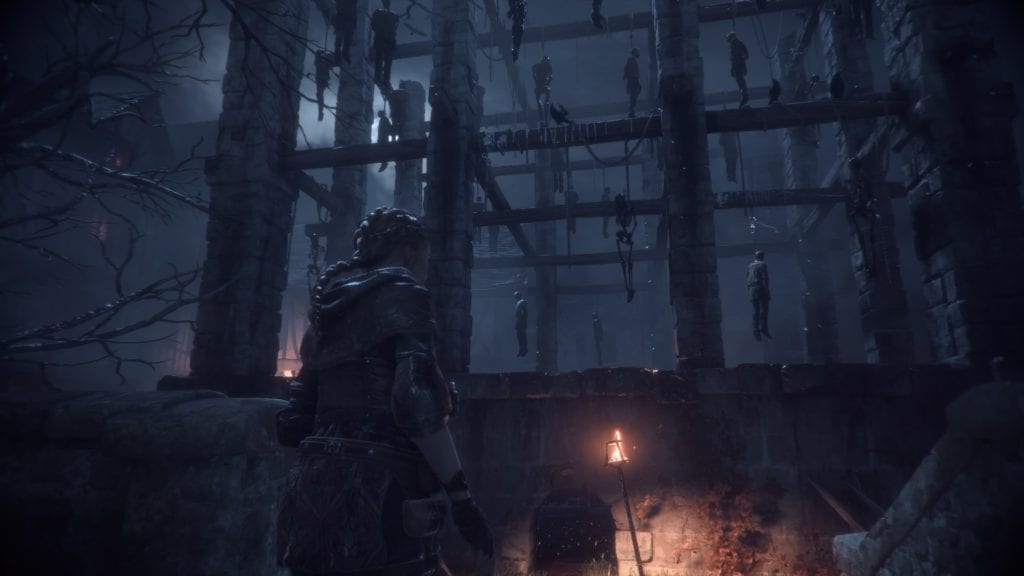 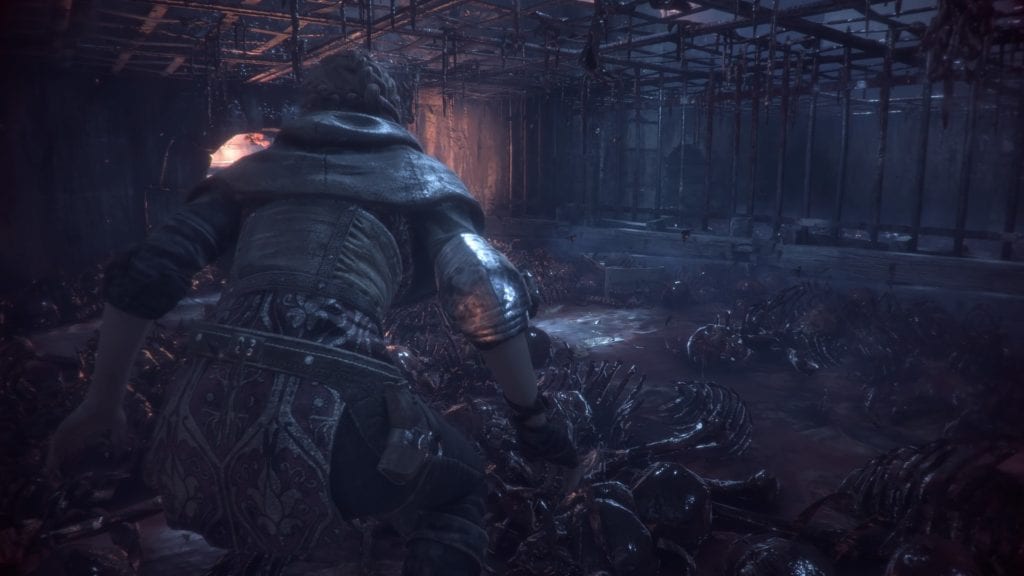 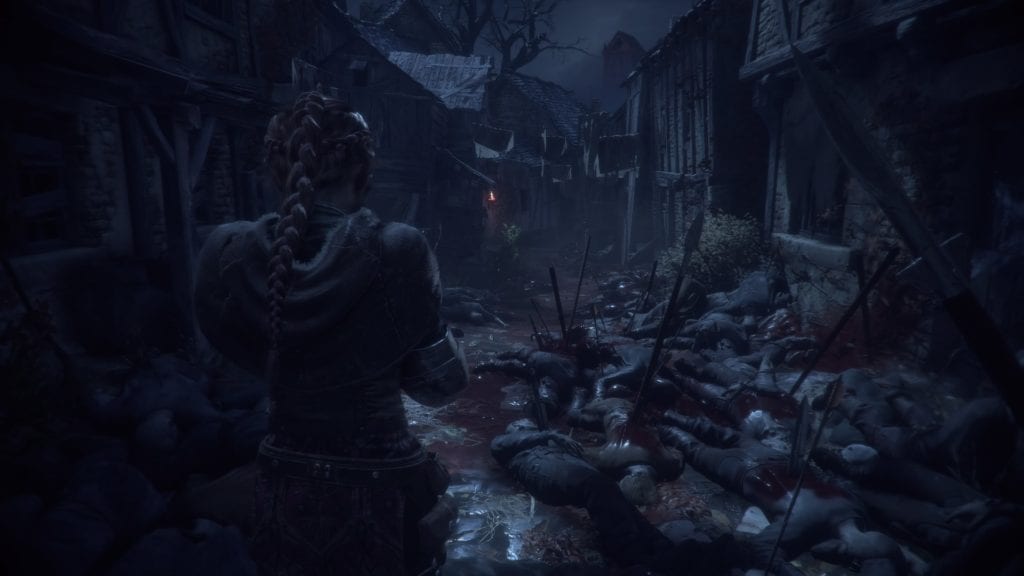 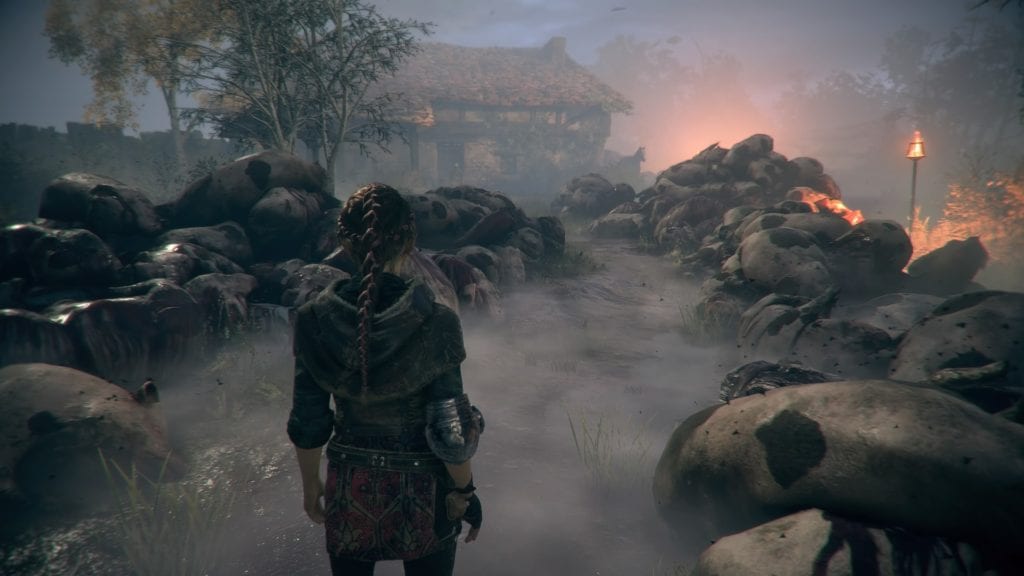 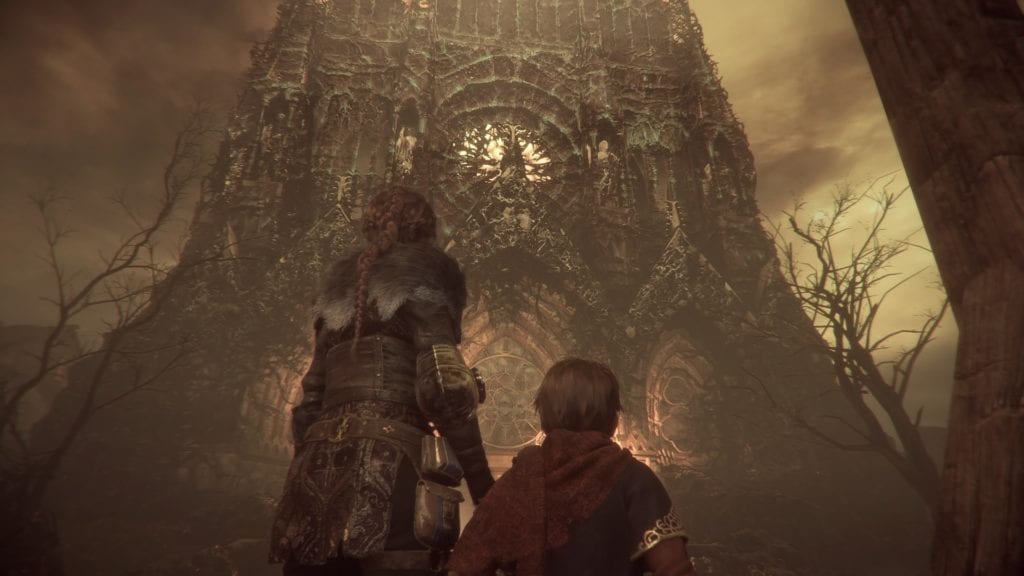 A Plague Tale: Innocence is longer than I expected. Many games focusing on a linear story tend to be rather short, maybe six hours or so, but A Plague Tale: Innocence is closer to 15 hours and has 17 chapters. I’d say that an average playthrough can range from 12 to 15 hours, depending on how much you explore and how much of a completionism you are. There are various collectibles hidden across levels and areas off the beaten path which require a puzzle of their own to reach but are not required to advance the story. In addition, there are multiple upgrades to your arsenal which means you will need to scour the levels for all the necessary materials.

Asobo Studio have created a near perfect game, featuring beautiful graphics and stunning level design, a gripping and emotionally resonant story, and fleshed out characters that the player can care for. All these aspects converge to create one of the best games in recent memory and a must play for any lover of emotional storylines and unique gameplay.

Fan Fest News was given a review copy of A Plague Tale: Innocence by Asobo Studio for the PS4.