In the era of remakes and reboots, it’s no surprise that this classic baseball tale is next at bat. A League of Their Own is getting turned into an Amazon TV series.

This isn’t the first time the film has had a turn on TV, it was turned into a CBS series in 1993 but was short-lived. Six episodes were produced but only three aired before it was pulled.

The original story followed the Rockford Peaches as they struggled to bond together during a changing time in the United States. 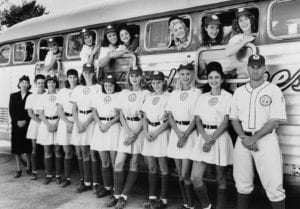 The reboot won’t be traditional as it will be a more modern take on the story. The logline for the series is that it’s being envisioned as a half-hour comedy “infusing the warmth, humor, and DNA of the classic film while taking a contemporary spin on the stories of the women surrounding the All-American Girls Professional Baseball League.”  The reboot will also not feature Dottie (Geena Davis) or her kid sister, Kit (Lori Petty).

Mozart in the Jungle‘s Will Graham and Broad City‘s Abbi Jacobson will co-write and executive produce along with Amazon’s Hailey Wierengo. The series will be produced by Sony Pictures Television. 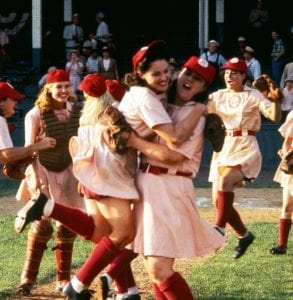 As of now, the project is in development as it is unknown if any of the original cast will be included.

There’s No Crying in Baseball!