This week we have seen an incredible amount of hype after we got released our first official look the trailer and movie posters for the reboot of ‘IT’. We have been so incredibly hyped for the movie’s release, that we even did a throwback on our Throwback Thursday with the original 1990’s mini series! Also, The Dark Tower is getting a film debut also! Congratulations, Mr. King!!

Several of Stephen King’s books have been made into film adaptions including books like Carrie, Cujo, Children of the Corn, The Stand and The Shining just to name a few. In celebration of this release, we have complied a list of Stephen King’s works that we view as a ‘must read’!

If you’ve ever worked in corrections or in the field of law enforcement, this one may be an interesting read for you. It just goes to show you never know what kind of people you may meet one day… especially along the long mile… the green one… 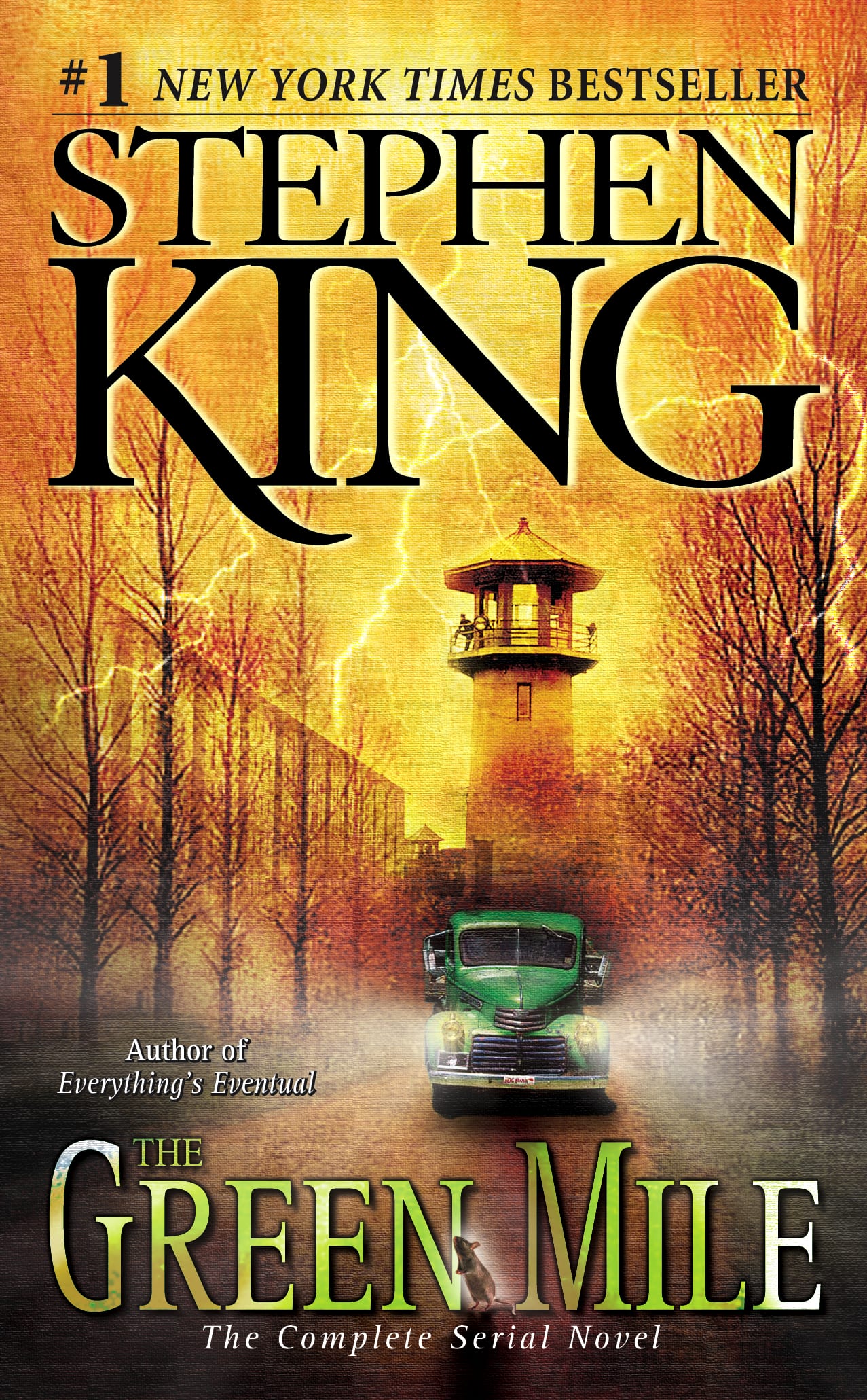 Welcome to Cold Mountain Penitentiary, home to the Depression-worn men of E Block. Convicted killers all, each awaits his turn to walk the Green Mile, keeping a date with “Old Sparky,” Cold Mountain’s electric chair. Prison guard Paul Edgecombe has seen his share of oddities in his years working the Mile. But he’s never seen anyone like John Coffey, a man with the body of a giant and the mind of a child, condemned for a crime terrifying in its violence and shocking in its depravity. In this place of ultimate retribution, Edgecombe is about to discover the terrible, wondrous truth about Coffey, a truth that will challenge his most cherished beliefs…and yours.

If you have a puppy with a super sweet face (particularly a Saint Bernard) this may not be the first book that you’re grabbing off the shelf, but it is still a fantastic King classic. As a former vet tech, I found myself incredibly intrigued… but then I found myself hugging my puppy and telling him how much I loved him about I don’t know… five or six hundred times!! 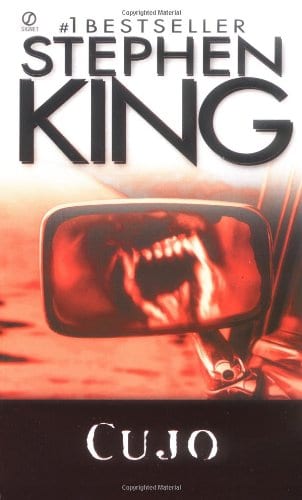 Cujo, the Camber’s large, good-natured St. Bernard, chases a wild rabbit in the fields around their house and inserts his head in the entrance to a small limestone cave, where a rabid bat bites him on the nose and infects him. A short incubation period follows.

If you are a Hunger Games, Anomic, Divergent or Legendary fan…. or any post-apocalyptic novel fan… this may be one you want to check out! You can never have too much post-apocalyptic scenario’s can you?? If there is anything we’ve learned from the Mad Max series… it’s that there is ALOT that can survive a post apocalyptic crisis. 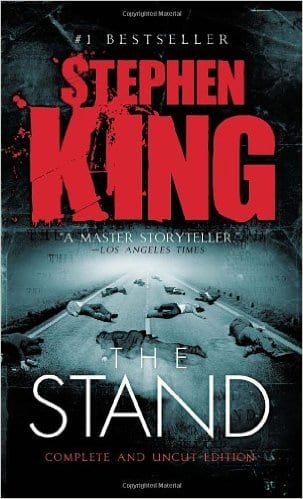 One man escapes from a biological weapon facility after an accident, carrying with him the deadly virus known as Captain Tripps, a rapidly mutating flu that – in the ensuing weeks – wipes out most of the world’s population. In the aftermath, survivors choose between following an elderly black woman to Boulder or the dark man, Randall Flagg, who has set up his command post in Las Vegas. The two factions prepare for a confrontation between the forces of good and evil.

Are you a fan of fantasy, unexplained random events and an epic quest?? Well, good news… The Dark Tower series is a perfect read for you! Even though it is a multi-book series, it is one you will blow through. I have to say, they are completely addicting. 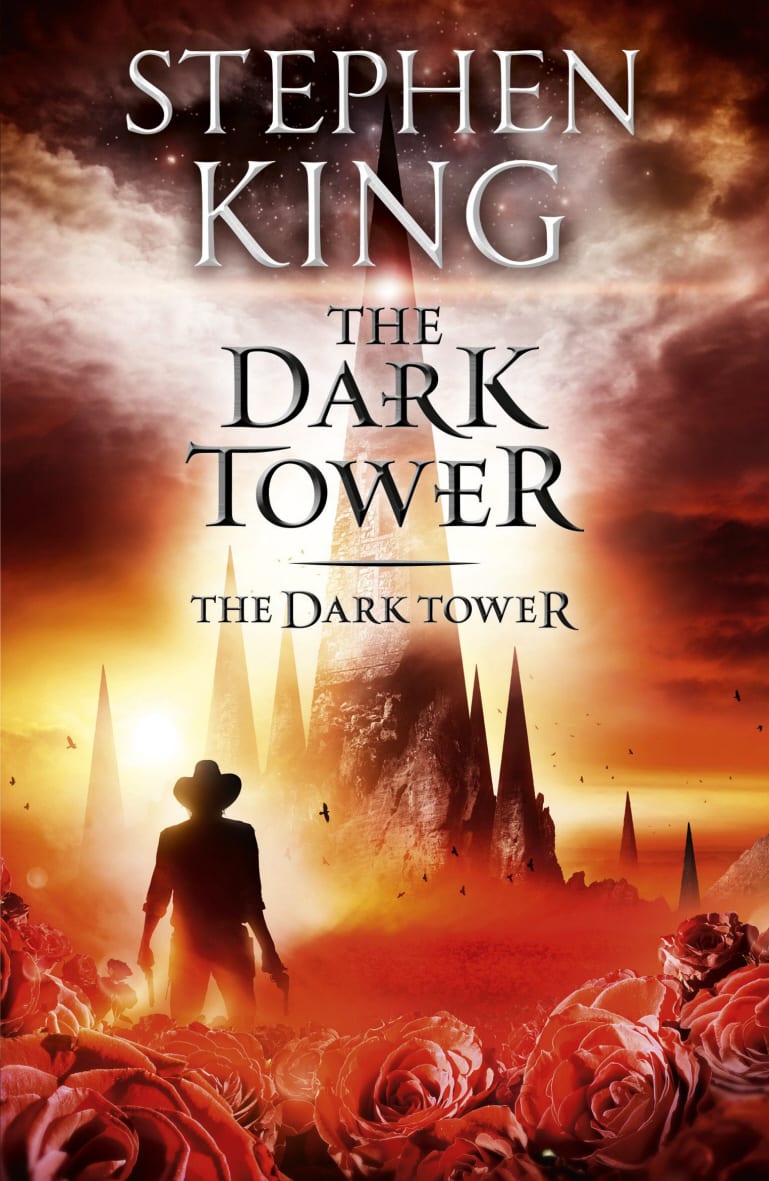 The Gunslinger, Roland Deschain, roams an Old West-like landscape where “the world has moved on” in pursuit of the man in black. Also searching for the fabled Dark Tower, in the hopes that reaching it will preserve his dying world.

Have you gotten your car inspected lately?? If not, you totally should… because you don’t know what exactly may be hiding in there… or what kind of personality it may possess. I learned one thing after reading this novel, I always make sure my car is maintained! Never know when my truck may suddenly decide to come to live and develop a mind of its own… or turn into a transformer. I would much rather prefer the second option. At least Transformers are friendly. 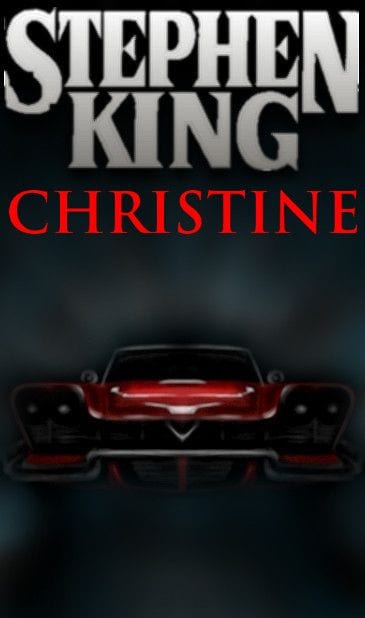 Unpopular nerd Arnie Cunningham buys a 1958 Plymouth Fury, which he names Christine. Arnie develops an unhealthy obsession with the car, to the alarm of his jock friend, Dennis Guilder. After bully Buddy Repperton defaces Christine, the auto restores itself to perfect condition and begins killing off Buddy and his friends. Determined to stop the deaths, Dennis and Arnie’s girlfriend, Leigh Cabot decide to destroy Christine.

“We all float down here…” …. who says stuff like that!? Tell you who, the creepy clown Pennywise who terrorizes the citizens of Derry, ME. This book instilled the fear of clowns in many people, and I completely understand why. Stephen King illustrated a brilliant novel with this one. You really get sucked into the storyline (which is fine, just don’t get sucked into the sewers!) and it is truly a terrifying novel. I do recommend that you read the novel if you are interested in seeing the reboot. 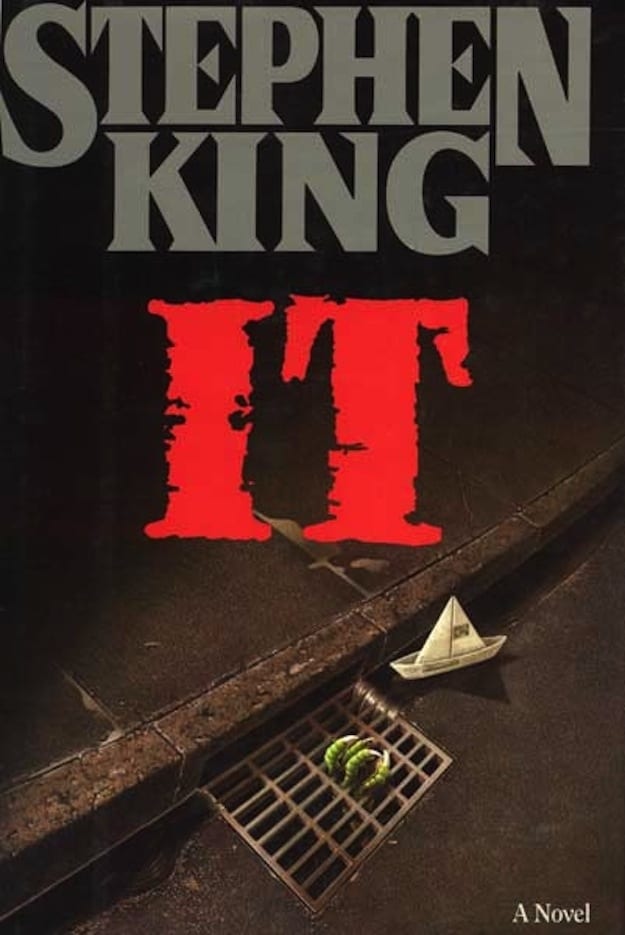 Can an entire city be haunted? The Losers Club of 1958 seem to think so. After all, when they were teenagers back then, these seven friends who called the small New England metropolis of Derry their home had first-handed experience with what made this place so horribly different. Even twenty-seven years, something that has existed here for a very long time comes back to terrorize Derry, lurking in the city’s storm drains and sewers, taking the shape of every nightmare and deepest dread. And yet, time passed and the children grew up, moved away… the horror of what they all experience buried deep, wrapped in forgetfulness. Now nearly thirty years later, they’re all being called back to Derry for a final life-or-death confrontation with a primordial evil that stirs and coils in the sullen depths of their memories. For the Losers’ Club and the thing known only as “It” have some unfinished business with each other…

Prom season is coming up, have you cast your votes for your prom king and queen yet?? If so, you better make sure it isn’t as a joke… you never know what repercussions you may face…. or should I say… what concussions you will get. 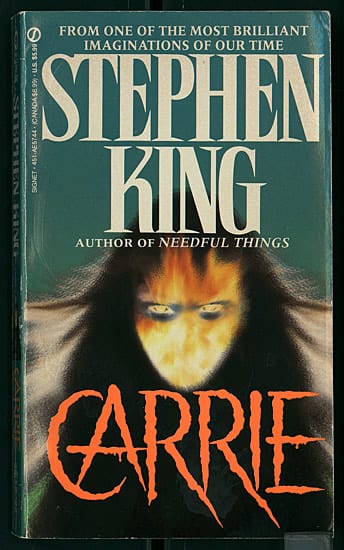 Sensitive teen Carrie White faces taunting from classmates at school and abuse from her fanatically pious mother at home. When strange occurrences start happening around Carrie, she begins to suspect that she has supernatural powers. Invited to the prom by the empathetic Tommy Ross, Carrie tries to let her guard down, but things eventually take a dark and violent turn.

This book to this day still keeps me nightmares, but for some reason I find myself loving it. After all, who doesn’t love a movie about a man who goes psychotic and runs around the hotel causing havoc? Pretty normal… right?? Definitely a must read King classic!! 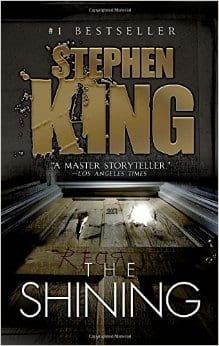 Jack Torrance becomes a winter caretaker at the isolated Overlook Hotel in Colorado, hoping to cure his writer’s block. He settles in along with his wife, Wendy, and his son, Danny, who is plagued by psychic premonitions. As Jack’s writing goes nowhere and Danny’s visions become more disturbing, Jack discovers the hotel’s dark secrets and begins to unravel into a homicidal maniac hell-bent on terrorizing his family.

What’s your favorite King classic book?? Tell us in the comments below!!
Julia Valenti