Nothing is better than having a brand-new video game in your hands, ready to be unwrapped and dropped into the tray of your console of choice, unless it’s the knowledge that the game contains exclusive items you can’t get anywhere else. Pre-order bonuses are usually in-game or real-world items that reward gamers for reserving a copy at their favorite store. They run the spectrum from keychains to entire season passes, but one thing is for sure: there’s no better way to show your excitement for an upcoming title than to put down a pre-order. Here are five games that we’ve already got our money on. 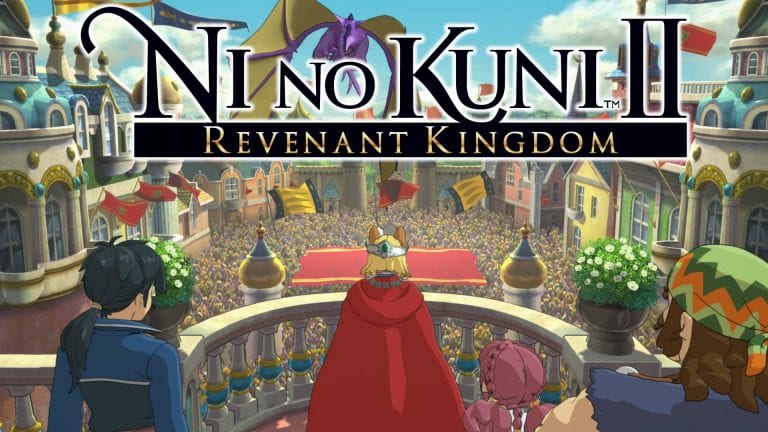 This is a game that we’ve been looking forward to since it was announced back in 2016. (In fact, that announcement is what finally convinced us to make the jump to the PS4.) It’s been delayed twice since then, but from what we’ve seen of the gameplay, the wait will be well worth it. We played two demos at E3 2017 and it was nothing short of magical. Players can expect the same level of wonder and animation that the first installment delivered, but with deeper story lines, improved graphics, and a refreshed battle system.

Pre-order any of the 3 versions (Day One, Premium, or Collectors) at GameStop to get a Lofty keychain, or from the PS Store to get a special pre-order theme and 5 exclusive avatars.

It’s been a while since we’ve seen a game embrace the term “open-world” to this extent. Players will be dropped into the woods of Montana, tasked with bringing down the violent Eden’s Gate doomsday cult and liberating the people of Hope County. An intentional lack of in-game direction will let players explore at their own pace, utilizing an enhanced range of weapons, and liberate the locals at a series of outposts. There’s an enhanced recruitment system in this installment which allows players can rally locals (and wild animals) to their cause. Doing so is strongly suggested, as building relationships with different characters will lead to new storylines and quests. And speaking of building relationships- the game features co-op multiplayer so players can bring their friends along for the battle.

Pre-order the standard edition to get the Doomsday Prepper’s Pack DLC, or go big with one of the 6 Collector’s Editions: Deluxe, Gold, Steelbook, Father, Hope County, or Resistance. 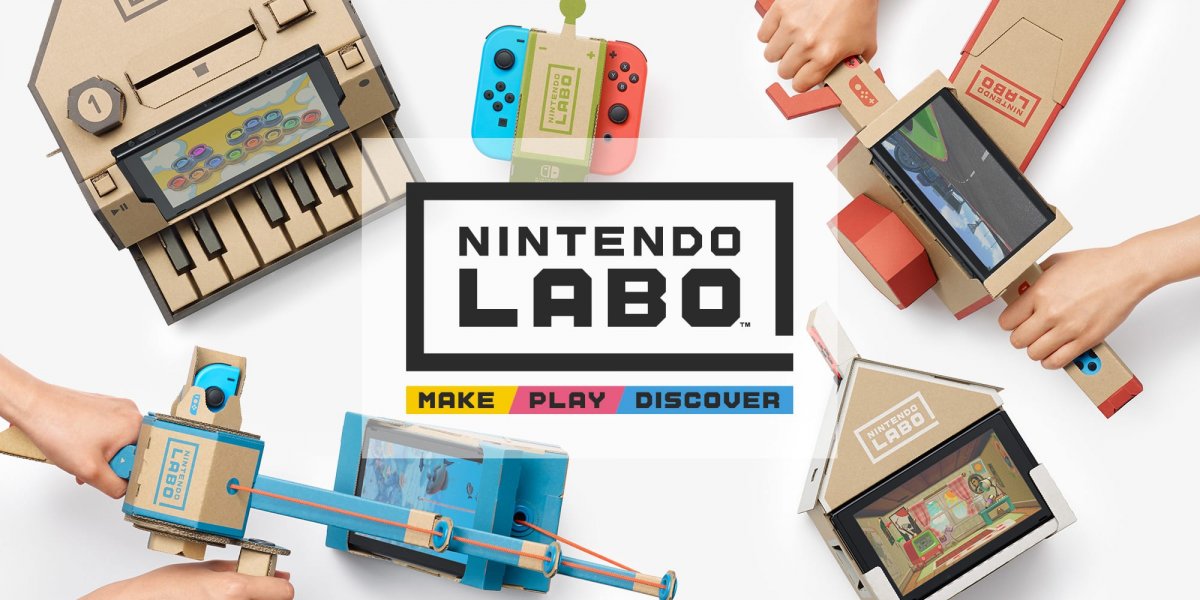 Nintendo is expanding on the juggernaut that is the Switch with the brand-new Labo system. The Labo kits are entire cardboard build kits that incorporate the Switch and the Joy-Cons to create in-game playable pianos, interactive houses, and even moveable robots. There are two options currently available: the Variety Kit, which contains pieces for a piano, remote-controlled car, fishing rod, motorbike, and a house; and the Robot Kit, which contains pieces for a wearable mecha visor and backpack.

There are no pre-order bonuses available for this system, but with all the fun it promises, that’s hardly a drawback. Pre-order your kits anywhere Switch games are sold. 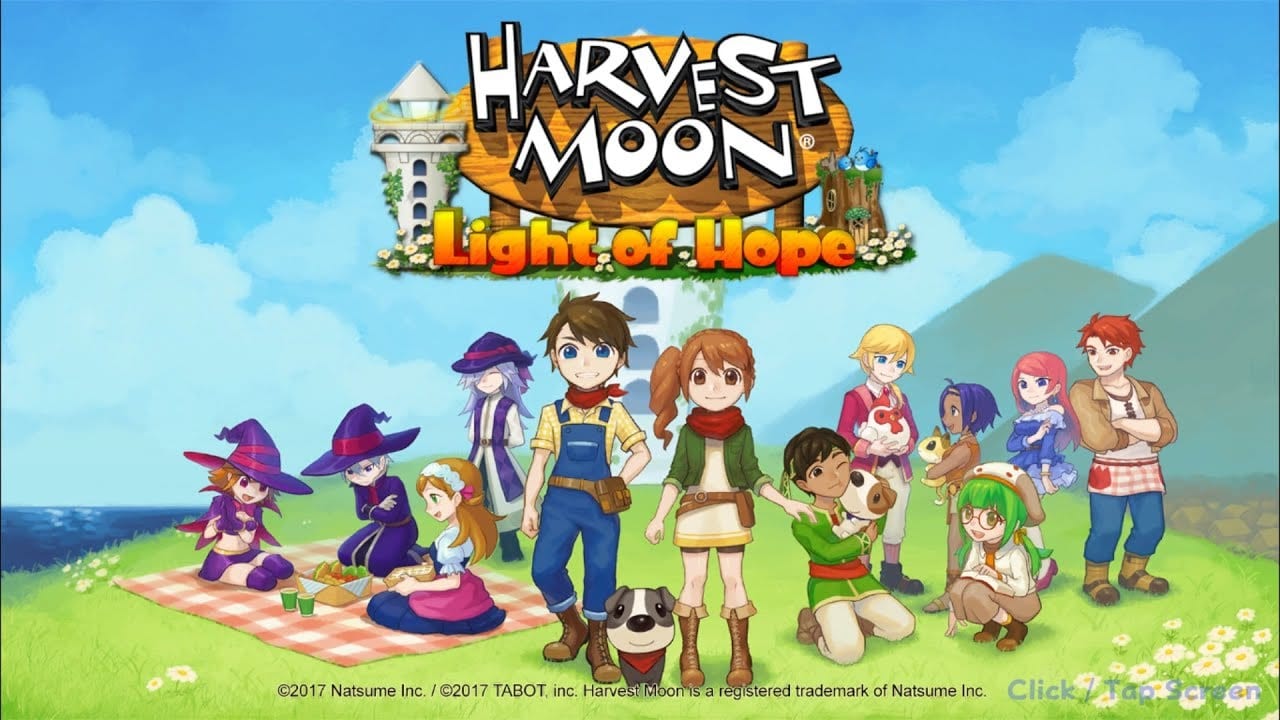 This is another game that we got to play at E3 2017. From what we saw then, this is a huge leap forward for Harvest Moon games. Sure, the elements that everyone loves are still there- rebuilding the town through agriculture, building friendships and romances with the local townspeople, and an open-world aspect to decide how and when to build your farming empire. What’s new is the tool usage system and the health meter effects. Players will be able to clear and harvest large areas much quicker, and those who choose to exhaust their avatars doing so will be feeling the effects the next morning.

Pre-order now at GameStop to get a limited edition 5” plush chocolate cow. If cows aren’t your thing, then you can also pre-order anywhere PS4 and Switch games are sold.

It’s been 7 long years since Red Dead Redemption hit the shelves and changed everything players knew about the Wild West, and nearly 2 years since Rockstar finally confirmed the sequel. The official release date came just last month, along with promises that there will be no more delays in development. Players will return the same world, but with some new faces and a whole host of new missions and quests. There will also be a massive online play component, similar to Rockstar’s other golden child Grand Theft Auto V. Unfortunately, that’s about all we know about the game right now.

Players who don’t need any more convincing can pre-order the game now at a discounted rate at Amazon, Best Buy, and Newegg (membership or subscription may be required), or at Gamestop (which automatically locks you in for any announced bonuses down the road). For those still on the fence, additional gameplay footage and more information on collector’s editions should be announced in the coming months.

That may be it for our list, but it’s by no means the end of the games that we’re looking forward to. Sound off in the comments to let us know what games you’re pre-ordering. Don’t forget to join us here at FanFest.com in June for our E3 coverage, where we can expect tons more announcements of games to come.