1. When Marvel wouldn’t let him read the Infinity War Script:

2. And always keep a close eye on him during press junkets:

3. So much so that he tends to have adult chaperones at the Infinity War interviews.

4. Because the reporters know just the right questions to lure Tom into a spoiler:

5. And because they know that if he knew the secrets he would definitely tell us. Tom Holland has actually confirmed this.

6. Let’s not forget that one time he revealed that Spider-Man would be a trilogy: 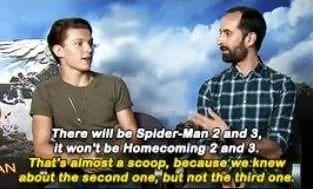 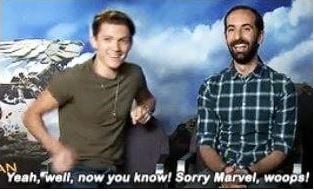 7. And casually forgot he was on live TV and dropped this Homecoming spoiler: 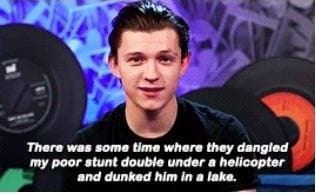 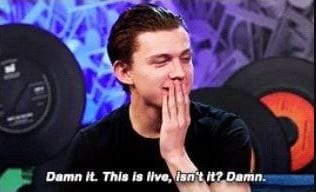 8. Or when he forgot to turn in his Homecoming script at the end of the day:

9. And literally had to burn it on video so they knew that he destroyed it:

10. It kind of makes you wonder if this is an all-around Marvel thing or just a Tom Holland/Spider-Man thing: 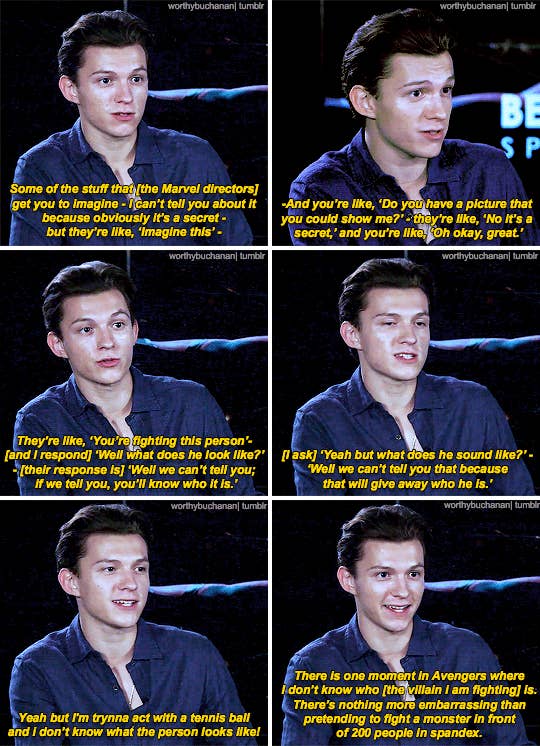 11. So, now Marvel/Sony have to stalk his Instagram to make sure his posts are okay: 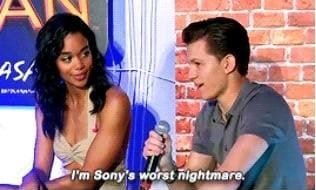 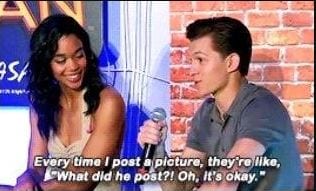 12. But they’ve both clearly embraced his loose lips as evident when he “accidentally” leaked a “confidential” poster for Infinity War. Best marketing tactic ever. 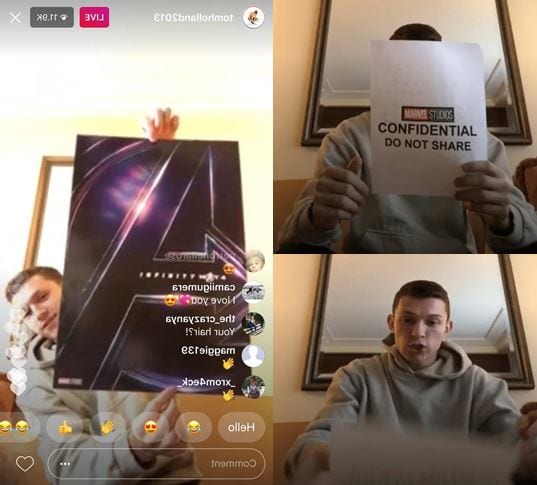 Me “I don’t know why marvel don’t trust me with secrets”
Also me “Marvel left the suit with us, imma let everyone try it on and post a vid”

Basically, we can’t wait for the upcoming Infinity War press tour, which will surely be a stressful time for Marvel and all of Holland’s Avenger chaperones!