There was once a period of time when a majority of The CW’s lineup looked like this: 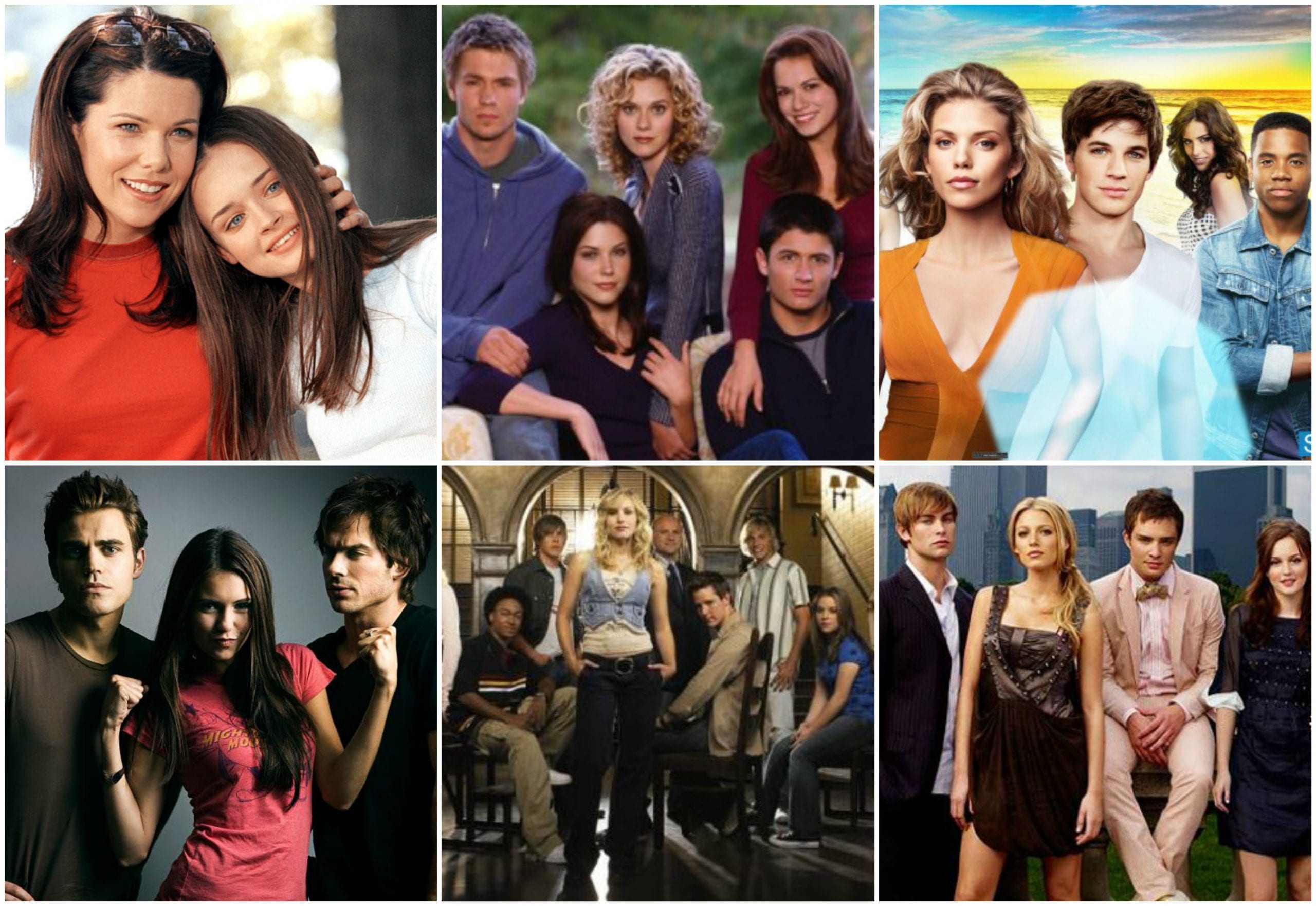 But you know what they say –  times change, people change, and their viewing habits change (I may have added that last part). In recent years, The CW has taken on more of a darker and action-packed lineup. Taking hints from the popularity of superheroes in film, The CW released Arrow in 2012, which followed Oliver Queen’s journey as the Green Arrow. From there a few spin-offs were created and an acquisition from another network led The CW’s to it’s prized possession – The Arrowverse. 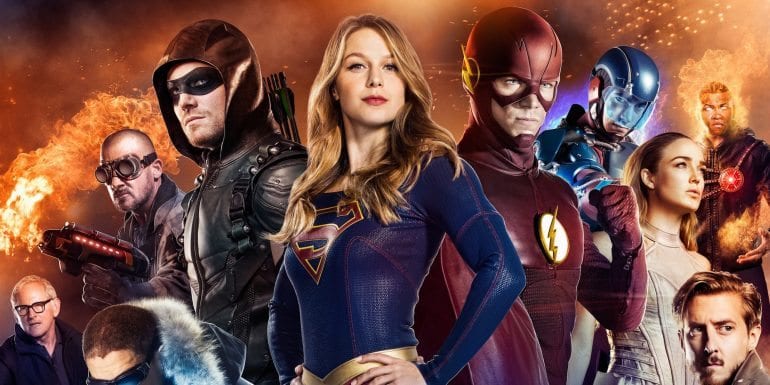 Created by Greg Berlanti, Marc Guggenheim, Andrew Kreisberg, Phil Klemmer, and Geoff Johns, the Arrowverse is a shared fictional universe combining beloved DC Comics characters on the small screen. They’ve managed to successfully accomplish this by initially building a world viewers became comfortable with (Arrow) then slowly crossing over characters, plots, and settings into new shows at a pace that viewers both could and would want to follow.

The shows currently in the Arrowverse are Arrow,  The Flash, Supergirl, and Legends of Tomorrow. There was also a brief crossover with Constantine.

Overall, audiences favor all of the shows but of course, there are some they enjoy more. I decided to take a peek at the IMDB scores (voted by audiences) for each show and see which one was the highest.

So, make your guess and read on! 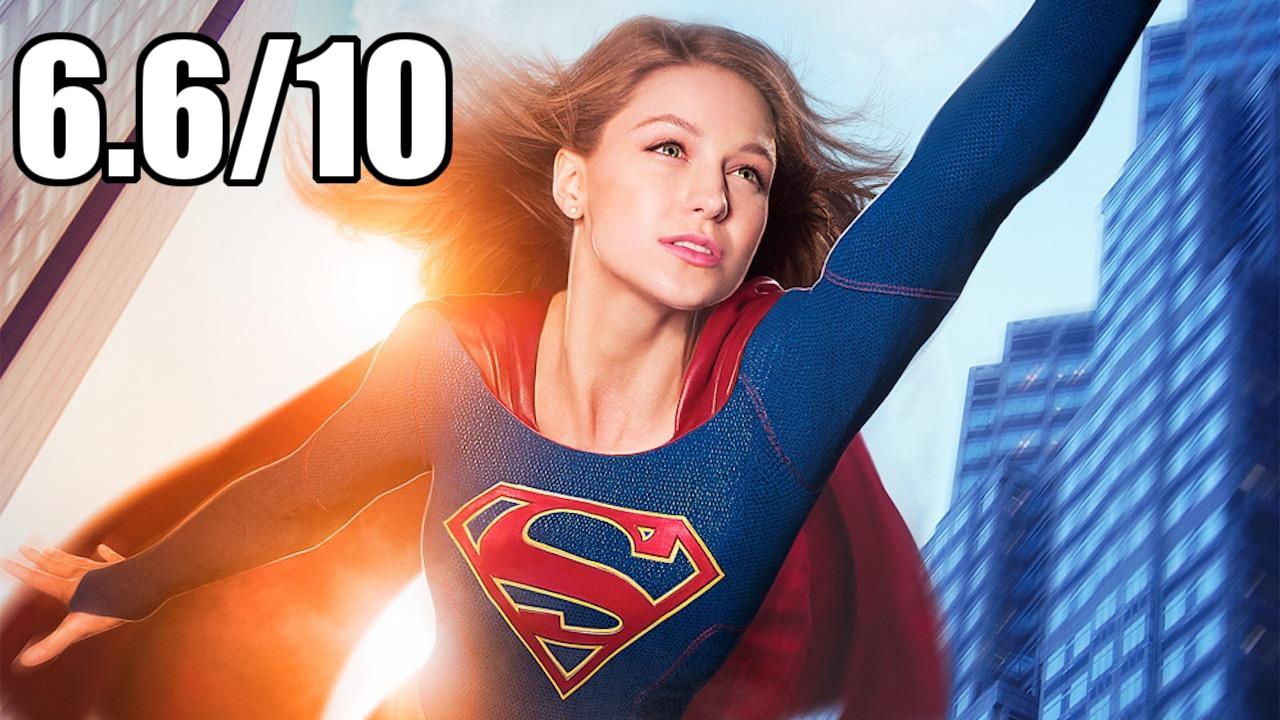 Coming in with the lowest ranking is the Arrowverse’s most recent addition,Supergirl. Supergirl has had quite an interesting journey, which could explain it’s lower score. Despite being developed and written by Arrowverse mogul Greg Berlanti,  Supergirl premiered on CBS, which gave it a lot of potential ratings wise, but also a much tougher journey to a second season pickup. While The CW often gives shows a season or two to find it’s footing, big networks like CBS do not. The show premiered to critical acclaim and a 95% score on Rotten Tomatoes, but even that couldn’t help maintain it’s Monday night timeslot. After the first season ended it was announced that Supergirl would be moving to The CW, which was a much better fit for the Kryptonian and her gang. 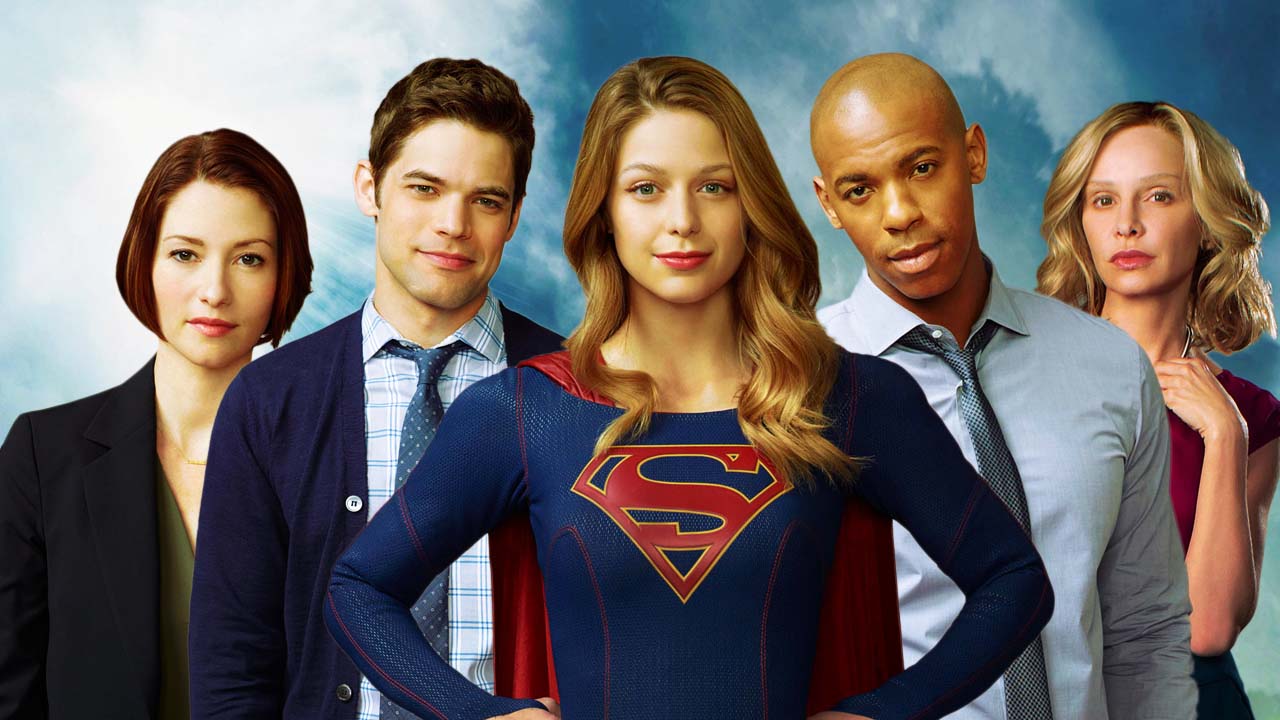 People who tuned into CBS’s Supergirl without having seen the style and plot allowances of Berlanti’s other superhero shows may have been the reason for this lower IMDB rating. However,  Supergirl seems to have found it’s home on The CW, is performing well, and is now very involved in the Arrowverse as they soar into season 3. 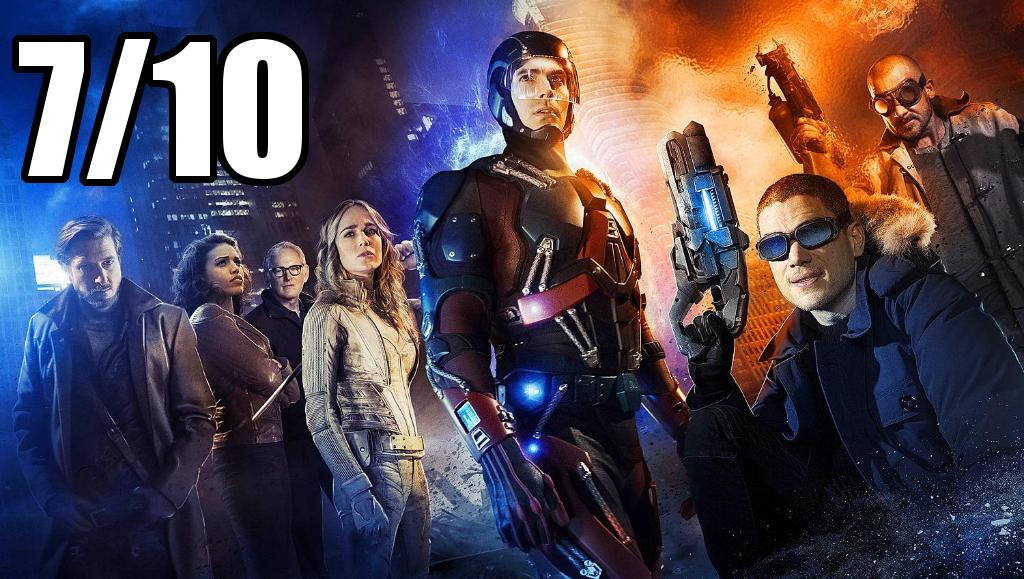 Probably both The CW and Berlanti’s biggest undertaking was DC’s Legends of Tomorrow, which threw together a number of villains and heroes we’d seen on both The Flash and Arrow to protect Earth. With names like Victor Garber, Dominic Purcell, Wentworth Miller, Brandan Routh and Caity Lotz, the show was shaping up to be a mega-hit.  However, as the show premiered it became fairly obvious that Legends had maybe bitten off more than it could chew. There was a lot of plot, a lot of time traveling, and a lot of characters. One reviewer on Rotten Tomatoes said, “Fancy effects, comic-book nostalgia, and an alluring cast help keep it afloat, but DC’s Legends of Tomorrow suffers from an overloaded cast of characters that contribute to a distractingly crowded canvas.” 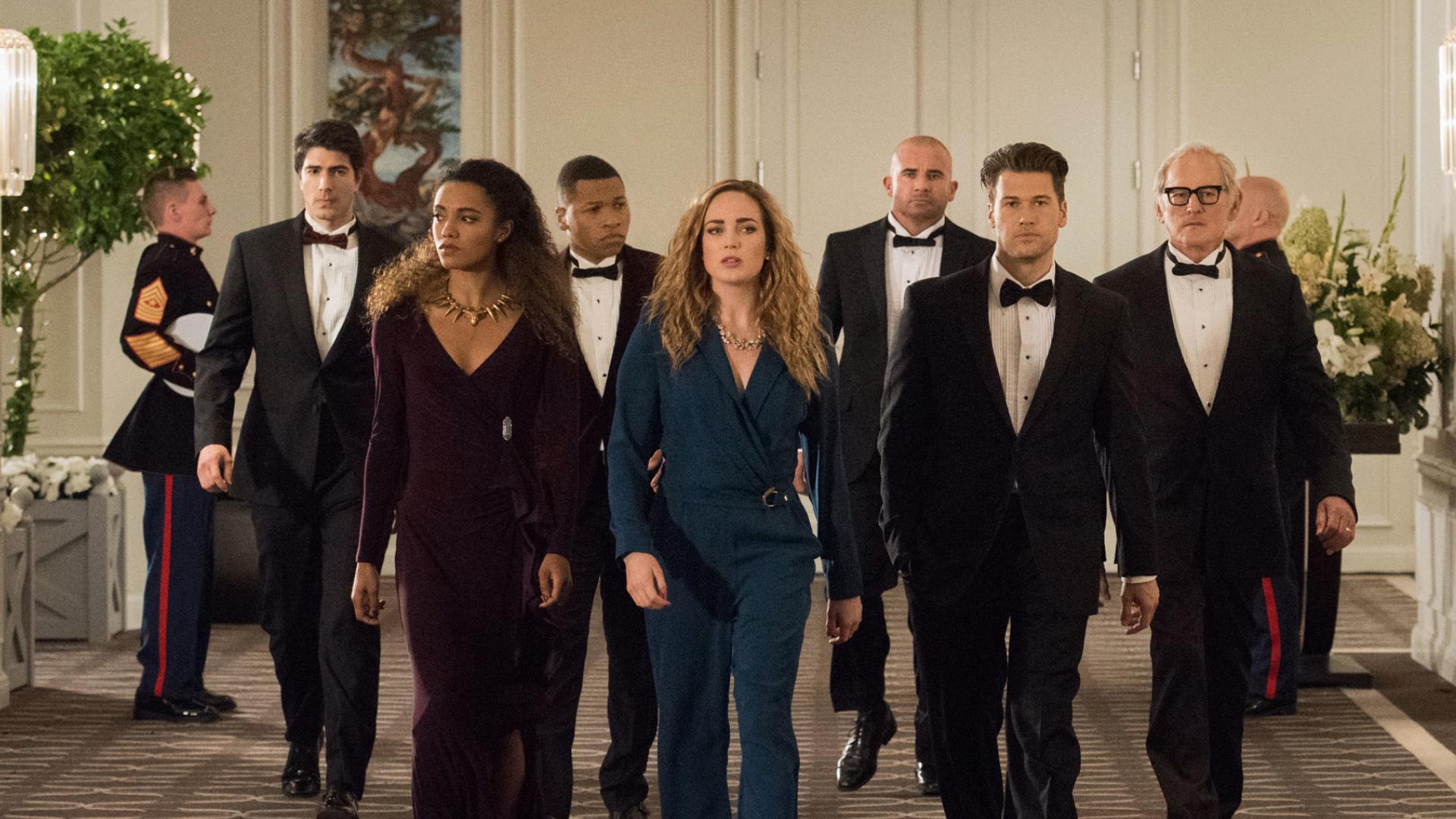 This Avengers style show is a wonderful idea in theory but as many ensemble shows can quickly learn, viewers become attached to certain characters and stories and it becomes harder and harder to appease everyone. This may be one answer to the question as to why this show only has a 7/10 on IMDB. After season 1, the show regrouped and really found it’s stride throughout in season 2, receiving much better reviews. 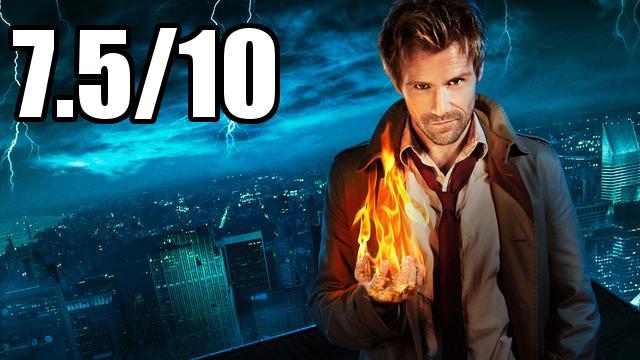 Coming in third place is the now-ended Constantine. Constantine is definitely the smallest player in the Arrowverse due to the fact that the show premiered on NBC and only lasted for one season, ending before any of the crossovers started. According to IMDB, the show followed Constantine (Matt Ryan), a man struggling with his faith who is haunted by the sins of his past is suddenly thrust into the role of defending humanity from the gathering forces of darkness. 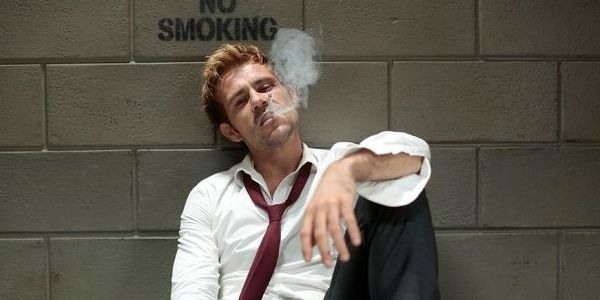 Even though the series ended in February of 2015, Matt Ryan reprised his role of John Constantine later that year in a season 4 episode of Arrow. The crossover came at a perfect time due to Constantine’s connections to the Lazarus Pit, which was a major plot point on Arrow at the time. Ryan was praised for his performance in the crossover episode with Jesse Schedeen of IGN saying “Matt Ryan reminded us why he’s such a great John Constantine”, and said that the Ollie/Constantine team-up was “a lot of fun.” Alasdair Wilkins of The A.V. Club also said that “Matt Ryan really is perfect as Constantine from the word go” in his review of the episode.

Although it was a one-time crossover deal, I don’t think that anyone would be opposed to Ryan rocking the trenchcoat once more on TV. For those still clamoring for more Constantine, The CW Seed announced a web series coming soon. 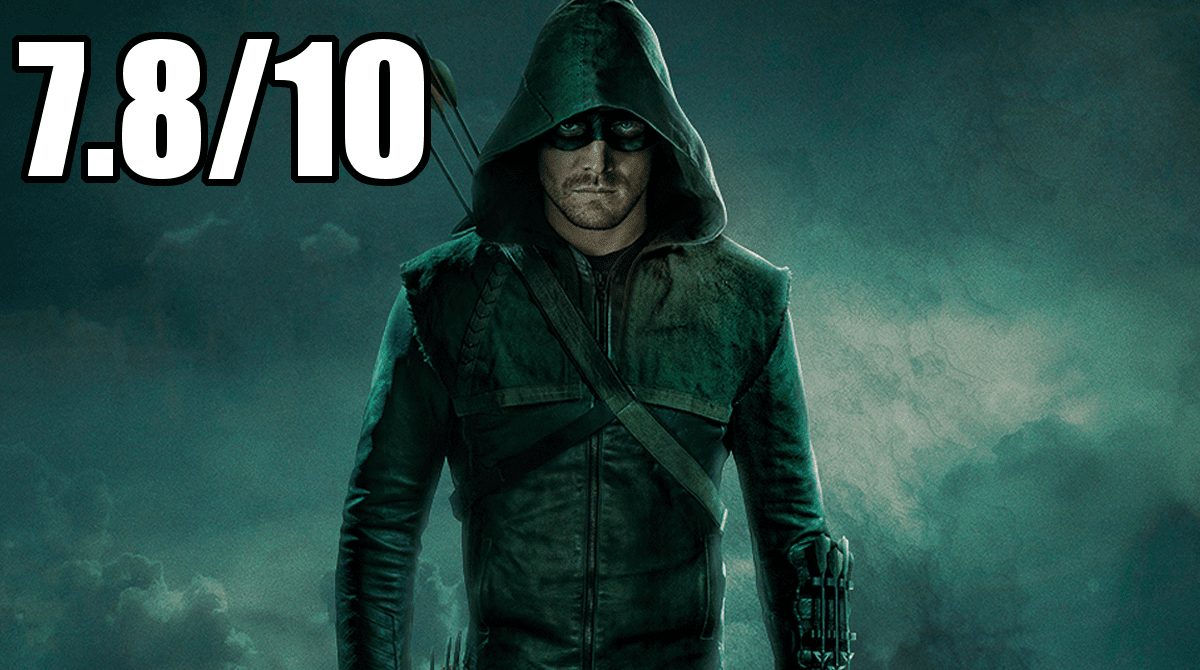 The namesake of the Arrowverse comes in as the second highest rated show of the lot. While that may come off as a little surprising to some, the longevity of Arrow has often become one of it’s biggest enemies when it comes to fan love. The longer it goes the more fans want to be in control of what’s happening and are definitely more vocal about it, specifically when it comes to any romantic storylines. However, Arrow has and always will be an amazing show. It was the show that started it all for this universe and it was the perfect stepping stone for all of its successors.  The Rotten Tomatoes consensus reads “The CW nails the target with Arrow, a comic book-inspired series that benefits from cinematic action sequences, strong plotting, and intriguing characters.” 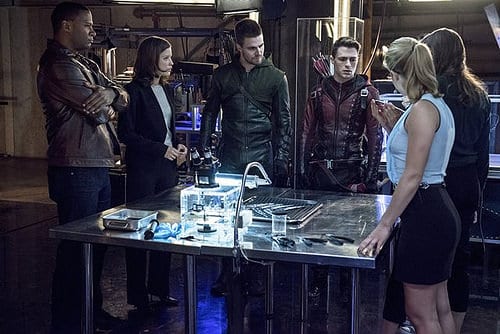 Led by their fearless leader Stephen Amell, the cast has grown both into a family, but also strong individual characters on their own. Amell’s portrayal of Oliver Queen is unmatched (including the fact that he insists on doing a lot of his own stunts), but more importantly, it’s his adoration and passion for the show off the cameras that is really special. He’s constantly engaging and meeting with his fans, letting them know that he is there and he is listening.

Arrow’s series premiere episode drew 4.4 million viewers, which made it The CW’s most-watched telecast of any show on any night in three years. That right there was enough to show the network that there was something worth digging into when it came to the superhero drama and without the success of it over the years, The CW would not have had the confidence to take on three more shows. 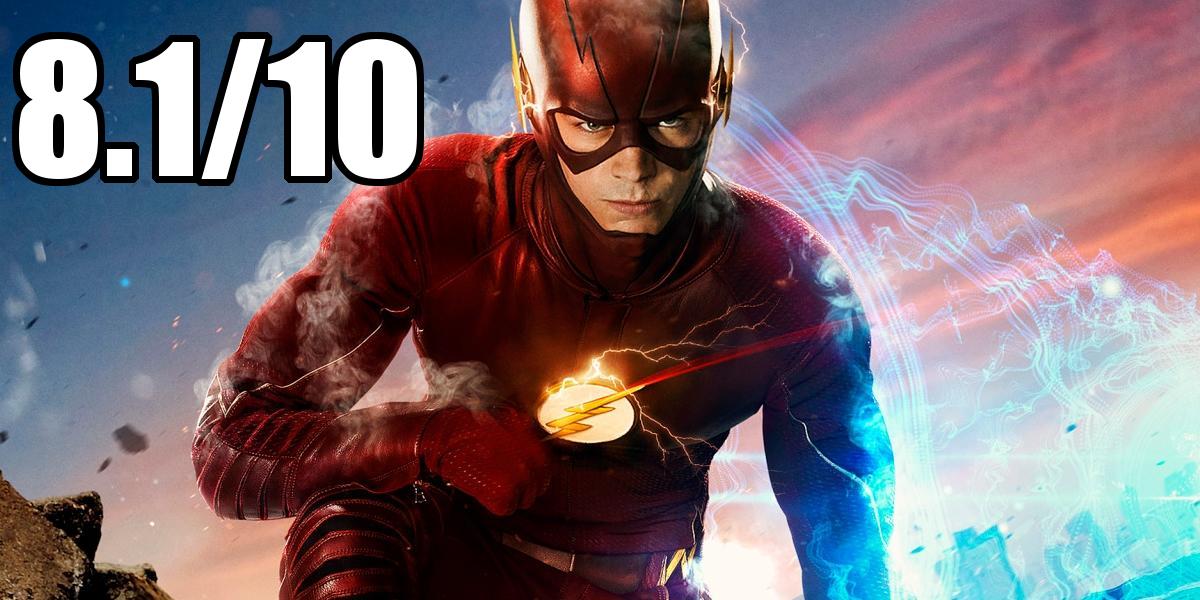 Coming in as the highest rated show of the Arrowverse is The Flash. The Flash was The CW’s fist foray into the world of crossovers and it went brilliantly. When Grant Gustin first guest-starred on Arrow as Barry Allen in what was intended to be a potential backdoor pilot, he stole the show. He was funny and awkward yet kind and smart. He was the perfect Barry and had just enough charisma to carry an entire series. So, The CW decided to go ahead with their plans for The Flash.

When the series premiered it was the second-most watched premiere in the history of The CW and later won the People’s Choice Award for “Favorite New TV Drama” in 2014. Rolling Stone magazine ranked the show #23 on its list of the “40 Best Science Fiction TV Shows of All Time” in 2016. The show was quite a juxtaposition to the world that Arrow had built. While Arrow was darker and more mature, The Flash had a youthful tone, was much lighter, and had a lot more humor and comedic beats. Gustin has often been praised for his emotional performances, really digging into the heart and complicated soul of Allen as well as his performances of other variations of Barry. 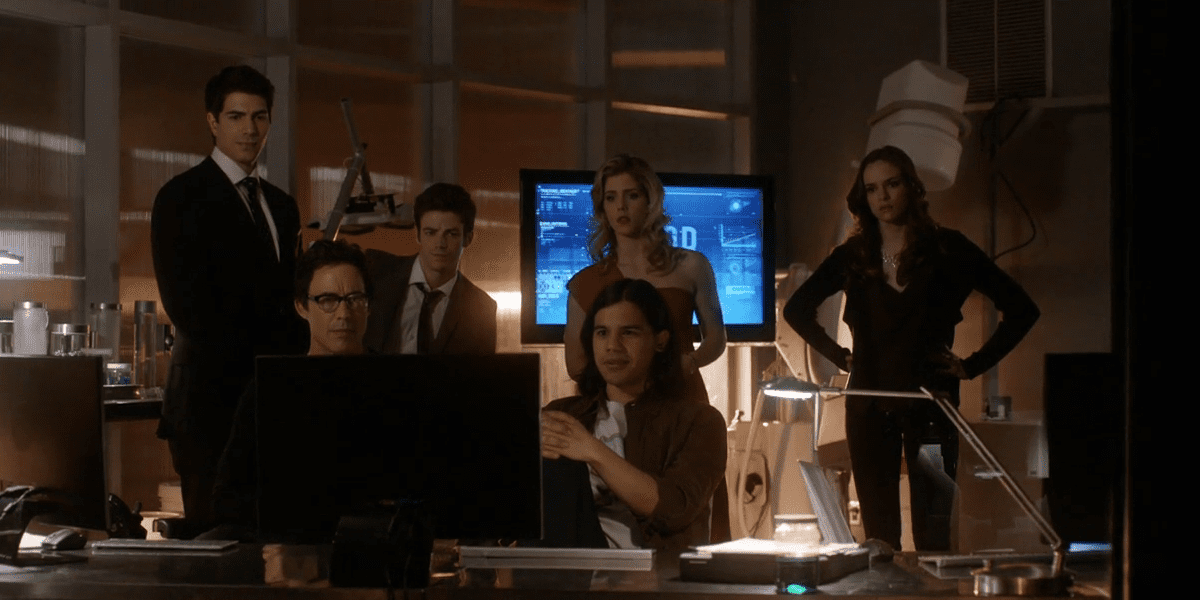 Overall, The Flash gave Berlanti the opportunity to take everything that he had learned from Arrow and start fresh. The success of The Flash led to more crossovers with Arrow, with Oliver acting as a mentor for Barry. Then, many characters featured on The Flash went on to star in Legends of Tomorrow.

Were you surprised by the rankings? What show do you think should come in at #1?

Home » Fandom » Which Arrowverse Show Do You Think Has the Highest IMDB Ranking?