The movie that I was so very lucky to watch this week was Mean Girls 2, a stand-alone TV sequel from 2011 that bared no relation to the original; except for Tim Meadows returning as Principal Ron Duvall.

Plot: Jo Mitchell is a leather-wearing tough girl from Ohio that moves to the same town from the original movie and starts her Senior year at North Shore High School. There she meets the bullied, but insanely rich, Abby. After Jo drives Abby home one day, Abby’s Dad offers to pay her full college tuition if she’ll pretend to be friends with Abby. Since everyone at school starts loving Jo, the NEW Plastics and popular kids attempt to sway Jo into ditching Abby and becoming one of them. Jo declines, with the rest of the movie consisting of Jo and the leader of the Plastics, Mandi, waging a war of deceit and humiliation against one another; until Jo realizes that she’s become the same as Mandi. 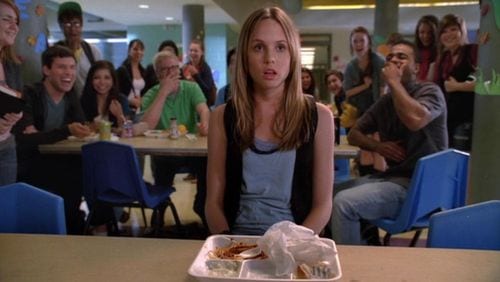 Let’s point out everything Unequal from this teenage drama Sequel: 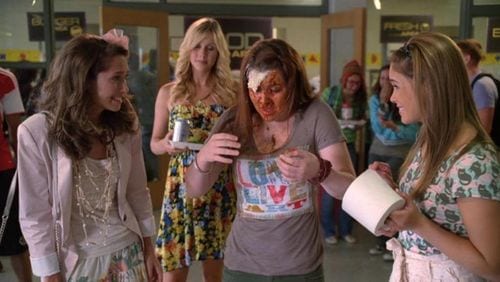 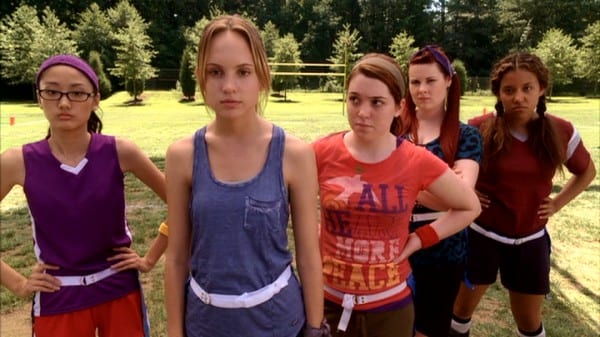 Conclusion: Mean Girls very well encapsulated the negative reality of the life of a Mean Girl. It showcased the inner workings and dangers of social life in high school, while Mean Girls 2 acted like just another teenage drama with boys, betrayal, and happy endings. It was essentially showing the mean girls as the enemies and how popularity isn’t worth risking true friendship, except that’s exactly what we already saw in the original.

On the cringe meter I give Mean Girls 2 a 1.5 out of 5 clip art stars, which means despite how horrible the acting and production was, I only had one solid cringe and began to genuinely care about the characters in the end.

Now here’s MY version of a Mean Girls sequel:

Just like in this movie, there’s a new cast of characters. It’s about this Bro named Chad who’s just been sent to this new school to play basketball for their team. Quickly, Chad is introduced to the captain of the team “Ched”. Ched feels threatened by Chad’s intense baller skills and how people are constantly getting their names confused. Ched eventually starts moving in on Chad’s girl to get him mad, which totally goes against their Code of Bromanship that the team wrote together. Due to this, Chad challenges Ched to a dunk contest where EVERYTHING is on the line. I call it…Mean Bros.