While it may have initially seemed easy to write the Top Gun sequel off, thanks to both the returning and new cast members, Top Gun: Maverick is shaping up to be an epic follow-up. Fresh off the news that Mad Men’s Jon Hamm and Westworld’s Ed Harris would be suiting up for the film, Paramount announced that the film’s release date would be pushed back almost an entire year.

Originally scheduled to hit theaters on July 12, 2019, Top Gun: Maverick is now set to land on June 26, 2020. While fans may be bummed to hear that they won’t be flying into the Danger Zone next year, they may find some solace in the fact that the film is only being delayed so that all of the complex fight scenes will look perfect, ensuring the film will live up to its extremely high expectations.

[row]“It’s going to be a competition film like the first one, and it’s going to be in the same vein and the same tone as the first with the need for speed and big, fast machines….there’s gonna be jets,” Tom Cruise told Access Hollywood last year.[/row]

Top Gun: Maverick will find Cruise and Val Kilmer reprising their roles as Peter “Maverick” Mitchell and Tom “Iceman” Kazansky as they head back to the Top Gun Naval Fighter Weapons School as instructors where they will be mentoring a familiar legacy – Goose’s son.

It was announced back in June that Divergent’s Miles Teller had been cast to play the role of  Nick “Goose” Bradshaw’s son. Played by Anthony Edwards in the first film, Goose was Maverick’s best friend and wingman until his unfortunate death, which helped shaped Maverick’s future as a serious fighter pilot.  Set It Up’s Glen Powell was in the running with Teller for Goose’s son but has been cast to play another role in the film. 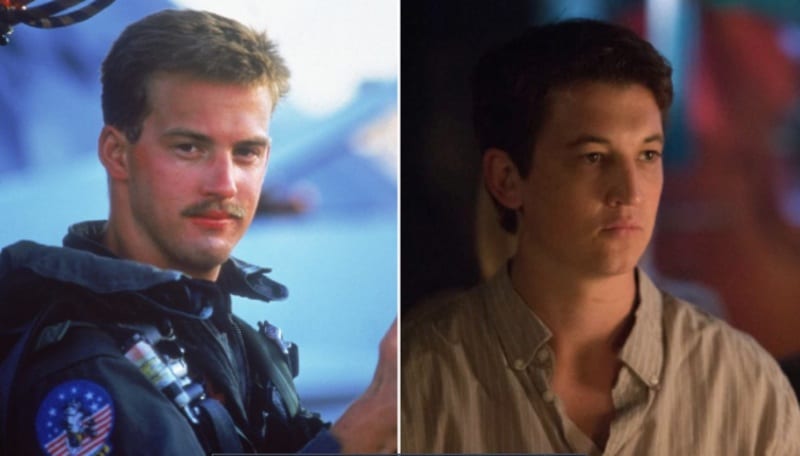 Cruise’s Oblivion director Joseph Kosinski will be helming the film after Top Gun’s original director Tony Scott passed away. Scott’s original 1986 film was a resounding success, earning over $350 million at the box office and winning the Oscar for Best Original Song for “Take My Breath Away”.