We could get a saviors spin-off! Here’s Negan cemented Negan’s origin story in the television adaptation of The Walking Dead comic book. It doesn’t follow the comic one completely, but that’s okay. It was still one of the best Walking Dead episodes ever. That’s just my opinion of course, but do yourself a favor and check out The Walking Dead season 10 finale. I think you’ll enjoy it. The episode saw us find out what happened to Negan’s wife, why Lucille held the name, and how exactly he started becoming the man who would lead the saviors! The whole thing happens as a flashback twelve years back and is incredibly emotional. The whole thing has the potential to spin off into its own show about the saviors! That’s something I’d love to see. 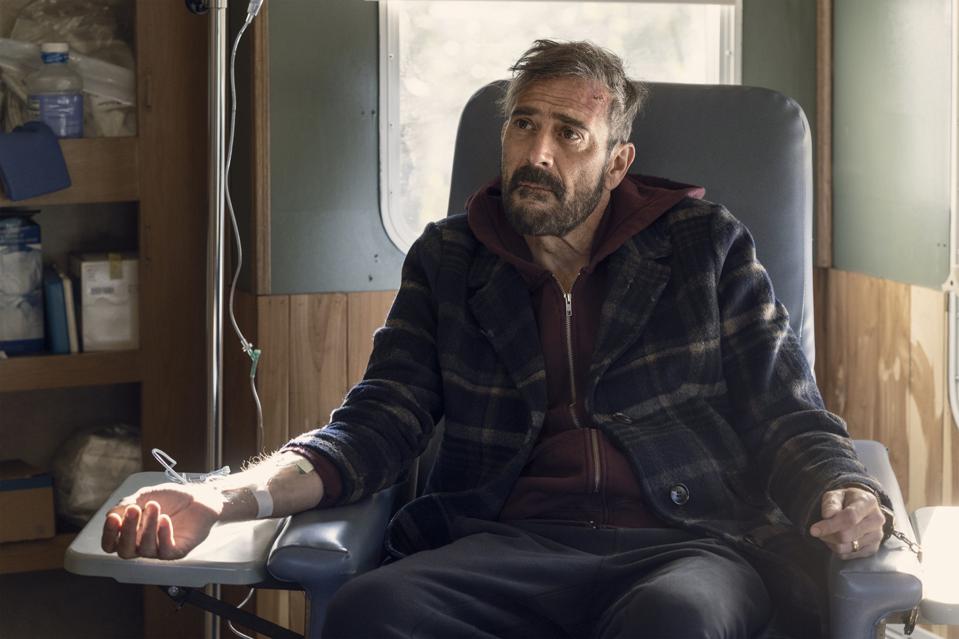 The comic book origin of Negan sees him meet Dwight and Sherry and it goes from there. Due to the pandemic, though, and his commitments to Fear The Walking Dead Dwight was unable to make it. That was originally the plan though! In the television version of Here’s Negan, he only meets one future savior: Laura. She ends up becoming one of his lieutenants. Funnily enough, she is also the one who gives Negan his famous bat. She knocks him out with it on their first meeting and Negan prophetically tells the future Lucille “Damn girl! You pack a wallop.”. He would then go on to kill for the first time using Lucille later in the episode.

Angela Kang, The Walking Dead showrunner, says it is unlikely that we will see any more flashbacks in regards to Negan. She did however give some hope, saying that there is potential to see a saviors spin-off show. If a whole show is unnecessary it could always show up in the other upcoming spin-off Tales Of The Walking Dead.

Jeffrey Dean Morgan hasn’t discounted the idea either, claiming that “No doors are closed,” so anything could happen. Here’s hoping, friends!

Alexander is passionate about gaming, comics and anime. Most things fandom related!