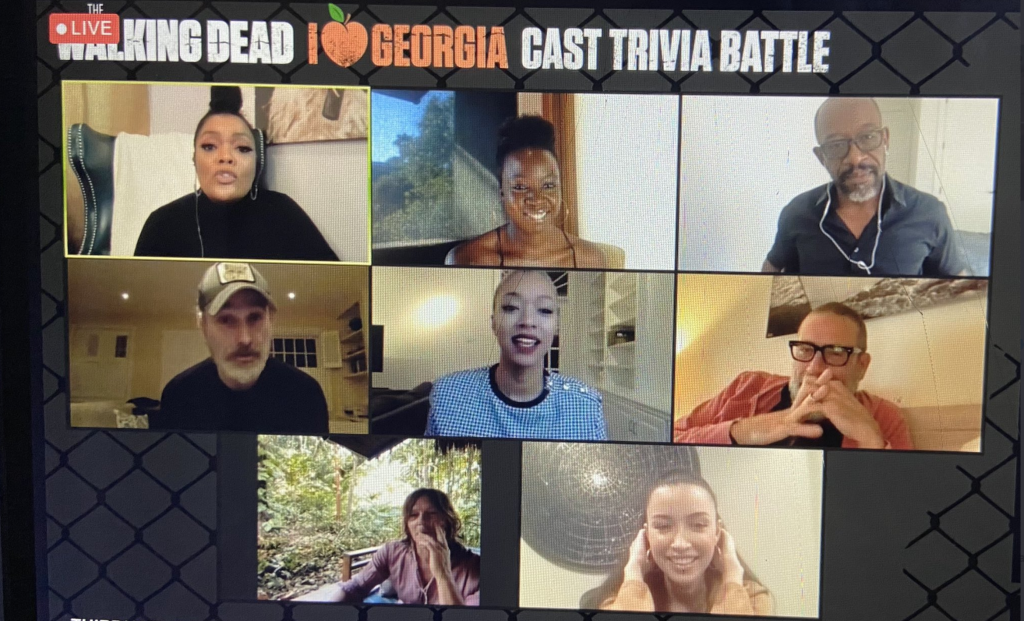 Guys! This is happening TODAY in about 5 hours!

Will you be joining us? ❤️

Norman Reedus was declared the winner of the trivia contest. The move by current and former cast is a questionable one, as the show has already seen an all-time record ratings drop from approximately 17 million viewers to just under 3 million viewers for the Season 10 Special Event in October of this year.  Demographics for the show swing very heavily for Republicans who relate to the show’s Southern Georgia roots and characters.  Will this move alienate even more viewers? Ratings with show, as social media had a mixed response about the actors getting involved in politics and tying the show’s name to a specific party.

The highlight for most fans were surely Andrew Lincoln’s comments about leaving and missing The Walking Dead.

“I didn’t know what the South was. I’d never been to the South. And then I went to Georgia, and I fell in love with this extraordinary city, Atlanta,” Lincoln said. “Living and working in the South was extraordinary … [Georgia is] the most extraordinarily progressive place I’ve ever been in my life, and that was 12 years ago.”

“You guys I love. I mean, the connection that we have to the land, to the place, to the people,” continued Lincoln. “Arthur, my 10-year-old son, won’t let me take a job unless it’s in Georgia now (Lincoln laughs). He just misses it. He goes, ‘Take me back there!’ I came back home for the kids, and now they’re sick of me, and I wish I’d never left. It was a terrible decision (Lincoln laughs).”

Fans certainly miss Lincoln and it is reflected in the show’s viewership numbers, which have continued to decline since his departure. As well, we continue to hear that a Walking Dead movie is on its way, with Lincoln saying this past week that he expects filming to start this coming Spring.

What do you think about the future of The Walking Dead and the show’s willingness to attach itself to a political party? Let us know in the comments below.