Geeklings, for the very first time in 2018, Happy New Comic Book Day! Has there ever been a more glorious way to kick-start a new year? I can’t think of one. I mean other than champagne and onesie pajama New Years Eve parties, as these were my exact plans on Sunday night buuuuuut new comic books are the gift that keeps on giving. Every Wednesday this year there will be new comics, much like it’s always been, but I don’t get to have champagne onesie parties every Sunday. I agree that’s not fair but at least we have comics to fall back on. Thank the gods.

I don’t know about you guys, but I’m living on the east coast and currently awaiting the arrival of snowpocalypse, and while I hate snow with the burning of a thousand suns it hopefully means that I’ll get a snow day from my adult job tomorrow. A snow day that will consist of finishing The Punisher on Netflix, video games, and the reading of new comics. Luckily there are a ton of super awesome books to choose from this week so there will be no short of reading material. But the real question is just what are the comics we should be reading, snow day or not. Well, if I may… 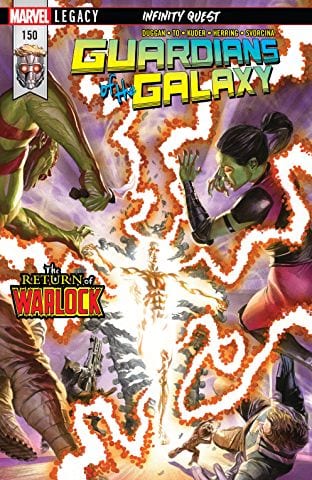 1. Guardians of the Galaxy #150- And thus ends Marvel’s Guardians of the Galaxy… at least for now. I have to say I’m a little puzzled by the move but it seems that there is a much larger story looking to be told in Marvel’s cosmos. A story involving Infinity Stones perhaps it seems. You have to know with Avengers Infinity War coming out this May that Marvel would shift their attention to the stones and that shift starts in these final pages of Guardians of the Galaxy. There are still a number of loose story threads left open during this latest run like the army of evil Groots, Drax trying to find some balance between peace and ass kickery, and this whole Nova Corps thing so expect this book to be jam-packed with attempts at closure. Oh, it also promises the return of Adam Warlock because what’s an Infinity Stone story without the Warlock? 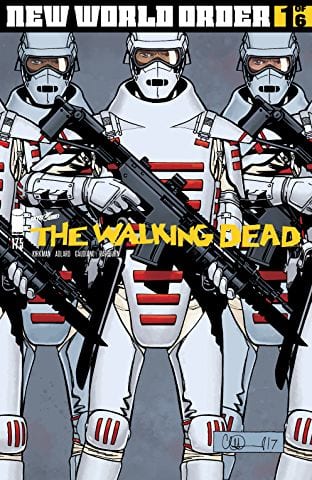 2. Walking Dead #175- It’s time for a new major story arc in The Walking Dead and this one looks to blow the scope of the series wide open. Longtime fans have often wondered how the rest of the world has handled the zombie outbreak, and we caught a glimpse of that in Brian K Vaughn’s one shot about Rick’s brother, but “New World Order” looks to take the world of The Walking Dead and make it even larger. With a cast of original characters that is ever dwindling are we finally getting to a point where we say goodbye to Rick? It certainly seems that series has sort of shifted towards Negan a bit, doesn’t it? I fully expect “New World Order” to continue to re-shuffle the deck. 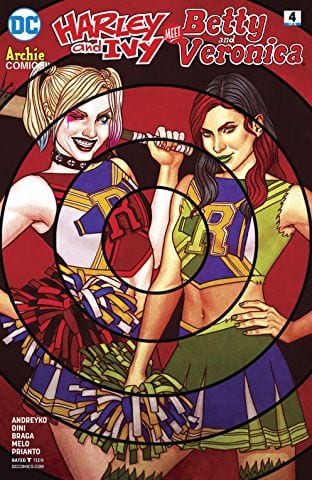 3. Harley and Ivy Meet Betty and Veronica– Come on, admit it. You are sort of curious about what’s going to happen here. As soon as I saw this title/cover I was like, “well, I guess there’s another comic to add to the pull list this week.” If nothing else it should be all types of… interesting. Harley Quinn in Riverdale just seems like a match made in heaven. 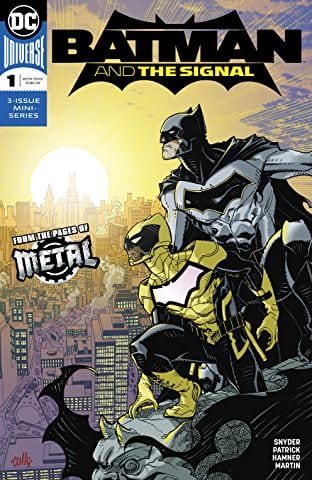 4. Batman and The Signal– It’s taken a long time but Duke Thomas has finally gotten his own series and a superhero name. The Signal. Now Batman and The Signal may just be a miniseries but I’m seeing it as an audition for Duke Thomas to kick open the door to the greater DC universe. Perhaps with this miniseries, he can capture the hearts of readers who are looking for something a little different in a Batman sidekick. One who is willing to operate on his own, in the daytime of all hours, outside the shadow of the Bat. Thomas has been a great addition to the Bat Family and I’m happy to see him finally get his opportunity to shine. Well, that’s if Gotham doesn’t break him first. 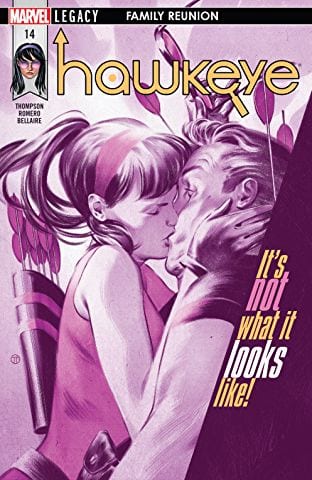 5. Hawkeye #14– Here is yet another one of Marvel’s books that will no longer be with us in a couple of months which is an absolute shame considering just how good Hawkeye has been. I don’t want to say it was as good as Fraction’s run, it’s not, but it definitely captured the essence of that series. As the book gets ready to bid us farewell we get one last Kate and Clint adventure (yes!) as Kate is given the opportunity to see her mother again if she betrays Clint. These two have always had a rocky relationship but will Kate really sell out Clint? I’m sure classic shenanigans will follow. 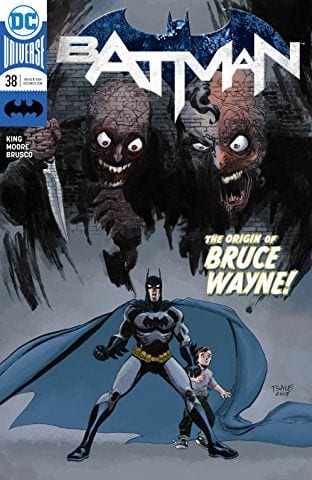 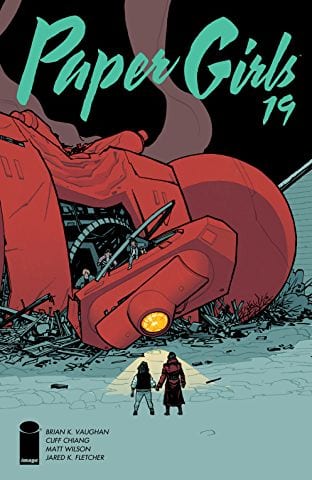 There you have it Geeklings, these are the best books to get those grubby little mitts on. I can’t believe I put a Tom King Batman book in the Honorable Mentions either but for the new year I’m trying to give a little more variety. But speaking of Tom King, if you’re interested in learning what my top five comics of the year were then maybe you’d be interested in heading over to my blog (I Am Geek) and checking them out. I’ll be curious to see what you guys think. As always, if you feel I left any books off then sound off in the comments below. If you’d like to talk comics with me, whether it’s my top five or any of this week’s books, you can catch me on Twitter @iamgeek32. In the meantime, if you’re going to be a part of snowpocalypse please be safe and stay warm. Make sure you have plenty to do and don’t go stir crazy. If I get snowed in you better believe I’ll be live Tweeting it because why not.

Happy reading Geeklings and many huzzahs!