Geeklings, a very Happy New Comic Book Day to you all! I hope this day has found you all well, there are new comic books so of course you’re well, and ready to read some kick-ass comics. I for one have been running all over the place today since the wee hours of this morning and personally can’t wait to sit down in my chair with Hudson the Cat and start cycling through this week’s books. Unlike last week, I haven’t been able to read any comics on this New Comic Book Day (waaaaahhhh) but the day is not over my friends.

Similar to last week though, this week’s Pull List contains a number of DC books. You guys know that I’m a Marvel kid, not like I’ve been shy with that info, but DC is just straight up killing comics right now and it doesn’t look to change anytime soon with the continued Metal tie-ins and the start of Doomsday Clock this month too. Don’t worry fellow Marvel fans, the company is represented but I feel the company needs to step up it’s game in the wake of Legacy… You know what, let’s stop talking around the comics and start talking about the comics. Here we go! 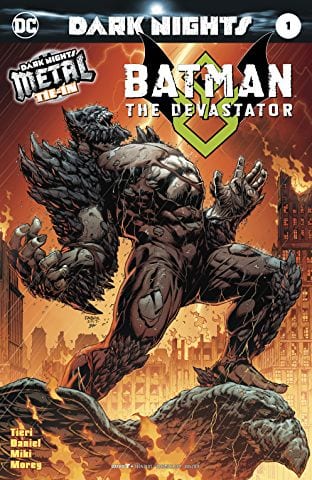 1. Dark Nights- Batman The Devastator- Oh my friends, I have been patiently waiting for this book ever since that easter egg of his backstory was dropped during issue three of Dark Nights Metal. It seems that on this Batman’s universe Superman went rogue, that’s how I like my Supes… as the ultimate villain, so Bruce Wayne created the Doomsday virus in order to stop him. Clearly, this worked out well for him and didn’t completely consume him. It already sounds better than everything in BvS and I doubt there will be any Martha. I for one am looking forward to seeing this battle transpire and how Bruce eventually loses control to the Doomsday virus. As of right now Red Death and The Merciless are my two favorite evil Batmen, not counting the One Who Laughs, and I’m seriously hoping to add the Devastator to that list. This will be one of the first books I will be devouring tonight. 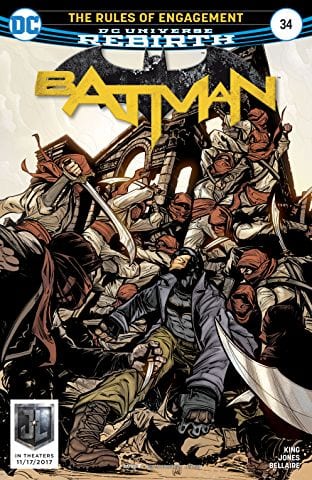 2. Batman #34- Last issue of Tom King’s Batman picked up the Catwoman engagement story arc by taking both characters allllll the way to the desert, with BvS desert garb included, to confront Talia al Ghul. It’s always a good idea to take the new significant other to meet the ex. Nothing ever goes wrong there. Outside of the Bat/Cat journey, the rest of the Bat-family found out about Bruce’s proposal, and it went over just as well as you expected. I fully anticipate this issue to up the tension to this storyline while also mapping it out. We have no idea why Batman and Catwoman are off to see Talia, approval (?), but we know that there are going to be dire consequences. Especially since the Justice League is involved now. 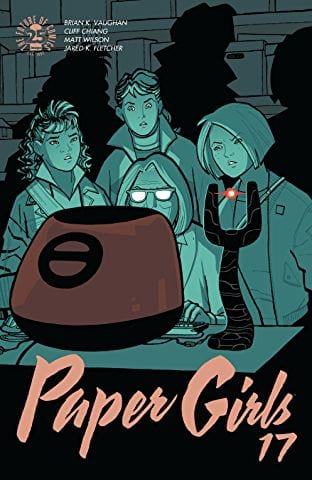 3. Paper Girls #17- If you listen to We Speak Geek, Fan Fest’s new geeky podcast staring myself and McKenzie Morrell, then you know my pop culture suggestion at the end of the episode was of Brian K Vaughn’s Paper Girls. With Stranger Things just dropping last week and the need for all things filled with sci-fi 80’s nostalgia then Paper Girls has got you set. I’ve spoken about it in the past in the Pull List but Brian K. Vaughn is weaving a futuristic tale that has tons of feels, charm, and time travel goodness to make your brain explode. If you’re missing Stranger Things then this is just the book for you… also, you’re not alone. Read my season two review for my full thoughts on season two of Stranger Things and while you’re at it maybe give the podcast a listen. We’d love your feedback. Okay, all the plugs are done… for now. 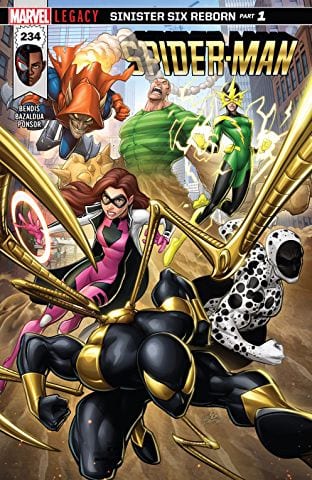 4. Spider-Man #234– Wow, there have been 234 issues of Miles Morales comics? That’s pretty incredible. You guys know just how much I love this character and the pocket universe that Brian Michael Bendis is creating here so it’s placement this week was easy. It seems that Miles might be giving up the mantle of Spider-Man up soon, but before he can do that he’s going to have to deal with a new Sinister Six. We have some classic additions to the line up like Sandman, Electro, and Superior Spider-Man but there is an addition that has me scratching my head. The last we saw of Bombshell she was madly in love with Miles so her joining the new Sinister Six is quite the twist. Must have gotten fed up with Miles ignoring her so much. I also hope that this book addresses Cable and his possible new role with Miles. Tons of potential just waiting to be explored. 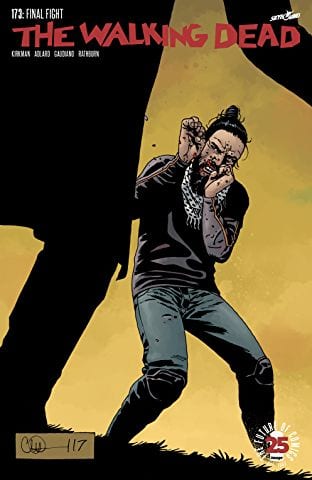 5. The Walking Dead #173- There have been a lot of changes in The Walking Dead since the fall of Alexandria and Robert Kirkman looks to take the book into new territory including new characters and darker storylines (if you can believe that). If you watched AMC’s Walking Dead this week then you know Jesus made some pretty annoying/dumb choices. The type of decisions that make you want to shake a character. It looks like issue #173 is going to be a bit Jesus heavy so here’s hoping that his comic form acts a little more reasonably. It would be annoying to dislike the character twice in one week. 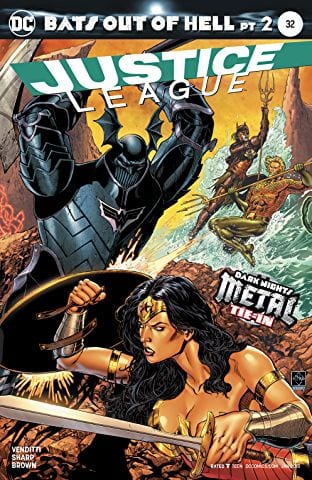 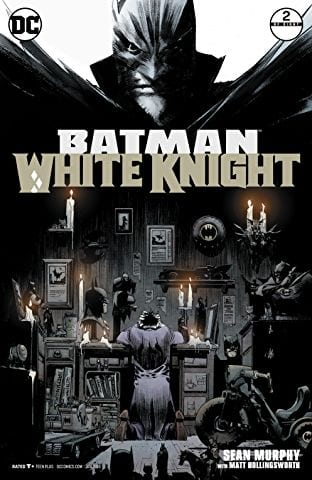 There you have it Geeklings, these be the books you should be reading. Again, I know that it’s light on Marvel but I can’t really help that when DC is just spitting hot fire. I wanted to include the new Guardians of the Galaxy with new team member Antman but sometimes hard choices must be made. I guess this counts as the plug though… guess it made the list after all. If you feel I’ve left any books off the list, by all means, sound off in the comments below. If you’d like to talk more comics with me then you can find me on Twitter @iamgeek32. Happy reading everyone and many huzzahs!