Theater fans were gifted with wonderful original shows like Groundhog Day, A Doll’s House, Part 2, and SpongeBob SquarePants.  Revivals are always popular and 2017 gave us a fresh look at some classic shows like Once On This Island, Sunday in the Park with George, and Hello, Dolly!

Now that 2018 is in full swing, it’s about time we look ahead to some must-see shows for the new year.

There is no denying that Disney knows how to wow an audience. Frozen brings the Disney tale of Elsa(Cassie Levy) and Anna(Patti Murin) to life with twice as many songs as the film. 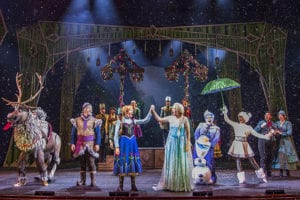 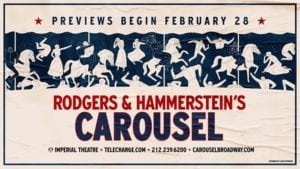 Cady(Erika Henningsen) and The Plastics are making their way to the stage as fiercely as the did the big screen. Regina George(Taylor Louderman) and her minions Gretchen Wieners(Ashley Park) and Karen Smith(Kate Rockwell) are larger than life and that’s so fetch! 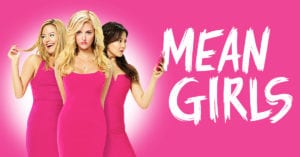 Cursed Child was an absolute hit in London and now it has made the leap across the pond to Broadway. Harry(Jamie Parker), Ron(Paul Thornley), and Hermione(Noma Dumezweni) are back, tackling parenthood and a past that won’t stay in the past. 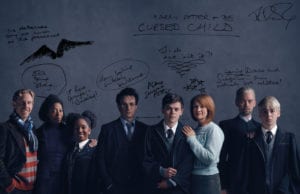 Children of a Lesser God- Begins March 22 at Studio 54

March brings the first revival of this 1980 Mark Medoff drama which focuses on a conflicted romance between a deaf former student and a new teacher. Joshua Jackson plays James Leeds who teaches at a school for the deaf and Lauren Ridloff plays Sarah Norman, the former student who stayed as a cleaning woman. 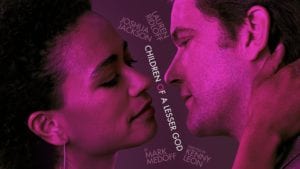 This musical adaption of the 1990 classic comedy stars Samantha Barks as Vivian and Steve Kazee as Edward as unlikely soulmates who overcome obstacles to be together. 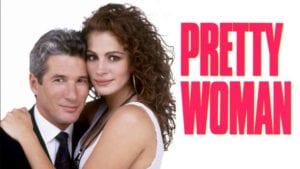 Jack Thorne who wrote Harry Potter and the Cursed Child, brings this epic modern myth to the stage. The use of robotics and puppetry make this production possible as this larger than life character comes to life on the streets of 1930s New York. Casting has not been announced. 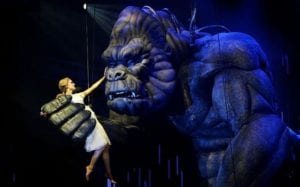 Harper Lee’s 1960 novel takes to the stage as we see the story Atticus Finch and Scout unfold. Atticus defends a black man who has been accused of rape and his decisions cause an uproar in the small Alabama town.

If you’re Broadway-bound this year, check out one of these amazing shows. Also be on the lookout for updates for shows that are currently in the works. These include 13 Going on 30, 17 Again, Beetlejuice, The Devil Wears Prada, Magic Mike and dozens more.

‘SpongeBob SquarePants Musical’ will Swim to Broadway in NYC this Fall

Kong the Musical Will Roar onto Broadway in 2018