Spoiler Alert!  The following article will contain some spoilers from season 2 of Stranger Things!

If you binge Stranger Things 2, you probably have very strong opinions on the show. The most popular opinion is probably that the show is awesome! Other opinions are whether you are team “Stancy” or team “Jancy.” Most of these strong opinions revolve around Chapter 7: The Lost Sister, where you either hate it or you love it.

Chapter 7 is when El takes a road trip and meets her sister, Kali (008). Kali has the ability to make you see things that aren’t really there.

The episode is hit or miss for several reasons, but this article is going to focus on why this episode is necessary to the plot. 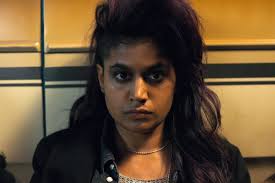 Kali proves that more children escaped the clutches of Hawkins Lab. She teaches El how to harness her anger to get the most out of her powers. Kali helps El discover her emotions.

This journey gave El the space she needed to realize what she wanted and that family consists of those who love and care for you. It also helps El realize that even though she has killed before, she isn’t a killer. 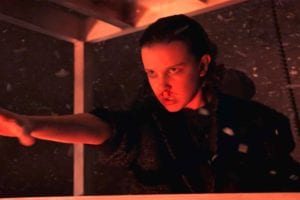 Returning to Hawkins was her choice, she wanted to save her friends. She even calls Hawkins “home.”

Creators Ross and Matt Duffer even admitted that they almost took the episode out, but didn’t because unlike season 1, season 2 focused on her emotions rather than her abilities. Chapter 7 shows El using her powers outside the “heat of the moment.”

El’s emotional journey throughout this season is just as important as destroying the mind flayer.  Her voyage to Chicago allowed her to win her personal battle and feel strong enough to win the battle with the Upside Down.

Is There a Connection Between ‘Stranger Things’ Season 2 and Stephen King’s ‘IT’?