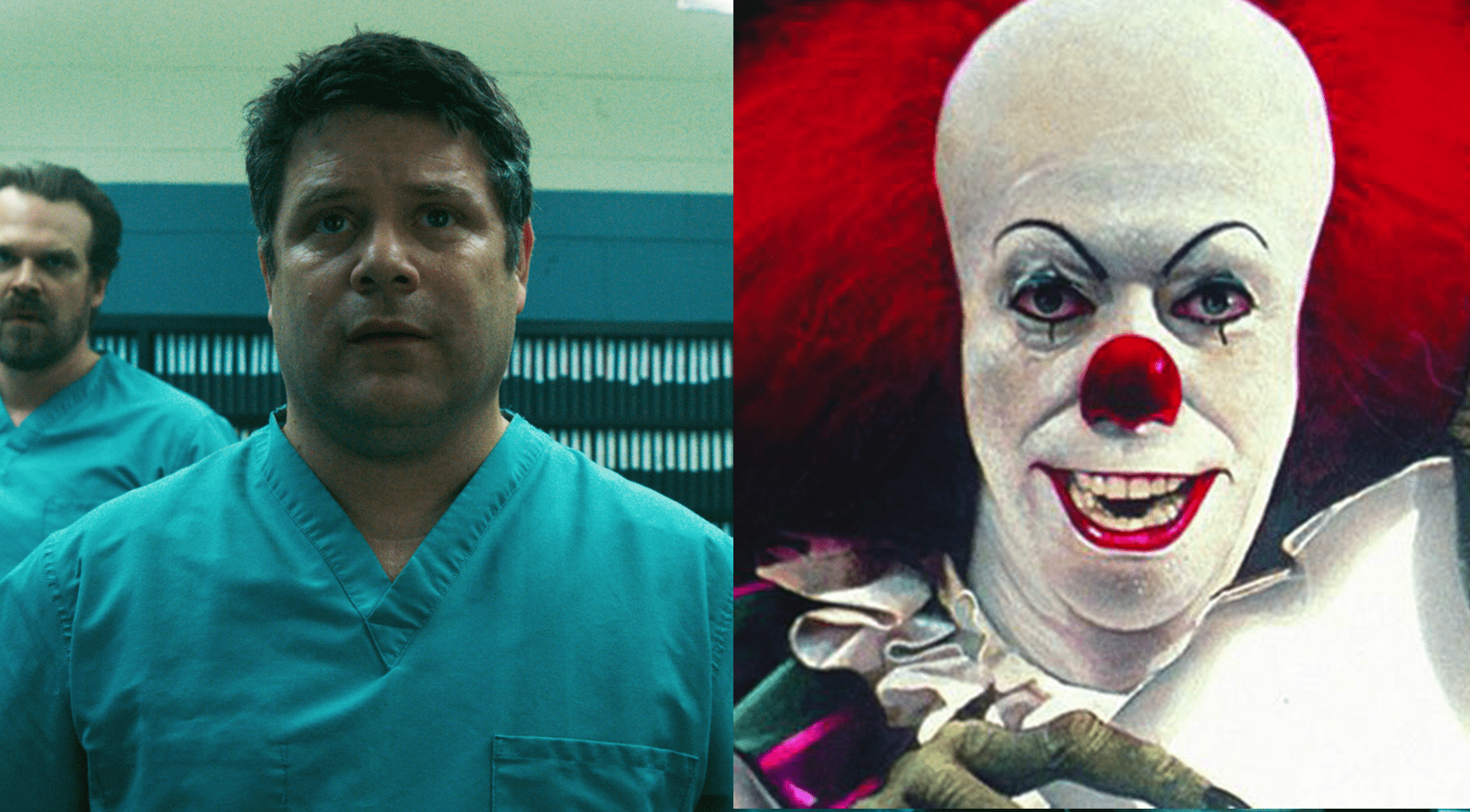 Spoiler Alert!  The following article will contain some spoilers from season 2 of Stranger Things!  Turn away from the upside down if you have not yet watched the second season of the series!

Netflix’s Stranger Things has done an amazing job in both seasons 1 and 2 of paying homage to one of the greatest decades ever, the 80s.  The series is filled with nostalgic nuggets and Easter eggs relating to pop culture items and references which defined the decade.  In addition to keeping that great 80s vibe, season 2 features several awesome references to some of the most beloved classic horror films of all time.  One reference which is garnering lots of buzz on the internet involves Stephen King’s classic novel turned mini-series turned feature film IT.

First, let’s state the obvious.  Finn Wolfhard, who plays Mike in Stranger Things spent his summers between seasons filming Andy Muschietti’s blockbuster version of Stephen King’s IT.  So, yes, on the service, in real life, the series and film are connected.  However, there were some specific details divulged in season 2 which has fans wondering if one character is more than just a nod to an old horror classic.  That character is Bob Newby played by Sean Astin.

Poor, unsuspecting Bob is the boyfriend of Joyce Byers (played by Winona Ryder).  He’s as sweet as they come and seems to really, genuinely care about Joyce and her two boys Will (Noah Schnapp) and Jonathan (Charlie Heaton).  He cares so much that, when he finds out Will is having some issues with nightmares (Oh boy, if only he knew the half of it at this point), he offers the boy some sound advice and calls upon an experience he had as a child.

Bob tells Will a story about a reoccurring nightmare he used to have when he was a child living in Mane involving a clown named Mr. Baldo.  The Mr. Baldo nightmares all began when the clown first offered Bob a balloon.  The clown then terrorized and tormented Bob in his sleep until Bob stood up to him and proved that he wasn’t afraid.  He overcame his fear and stopped the clown’s terror.

Does any of this sound familiar?  It should because it’s pretty much exactly the basics of what happened in Stephen King’s IT, right down the detail involving Maine.  IT took place in a fictional town called Derry which is supposed to be located in Maine.

Now, here’s where the connection theory falls apart.  Even though Bob’s story sounds exactly like the Stephen King novel, Stranger Things season 2 takes place in 1984.  IT  wasn’t even published until 1986 so, the novel wouldn’t even exist yet in the Stranger Things universe.  Besides, Bob makes it abundantly clear that he’s not a horror fan so, IT wouldn’t be something he would likely read anyway but, could this be a precursor to the novel?

Matt and Ross Duffer (aka. The Duffer Brothers) who created Stranger Things actually have commented on this exact reference.  As it turns out, there is a definite connection to IT though it’s not exactly the theory that we’ve outlined above.  Matt Duffer explains the actual connection in an interview with Vulture.  He said:

“Well, we both have a problem with clowns. I’ve had it my entire life. I had it when I was really little, so when there were clowns at a party, it was a real problem for me. Then in 1990, we saw the It mini-series and Tim Curry’s performance as Pennywise really messed me up. Like, it scarred me in a major way. It was one of the first true horror things I had seen, and I had not experienced Stephen King before. That was my first experience with Stephen King, so that was a really huge point in my life. It was two weeks, at least, of no sleep because of that. So yeah, I think [Bob’s clown story] was really me describing something that just freaked me out. I didn’t have that experience myself. I just had nightmares like that.

What do you think of the Duffer Brother’s tip of the hat to Stephen King’s IT?  Did you catch the reference in season 2 of Stranger Things?  Let us know your thoughts in the comment section below!