The 1993 film Jurassic Park was pretty much perfect in every way.  For its time, the CGI and special effects were top-notch, the story written by Michael Crichton was original and exciting and with Steven Spielberg’s direction, the movie became a true masterpiece.

Now, In my opinion, it would be nearly impossible to improve upon the original Jurassic Park film, however, thanks to some creativity and a little photoshopping, the internet has managed to do it!

Writer, designer, and internet comedian Jen Lewis came up with an amazing idea of mashing up some of the most iconic and memorable scenes from the original Jurassic Park film with the beloved 1990s ABC sitcom Dinosaurs.  Being that Lewis lives in Brooklyn, NY, the only thing that could make this whole idea even cooler would be if she worked on these photos while at Dinosaur Bar-B-Que, an awesome restaurant in the area, just to complete the dinosaur theme.

Lewis cleverly superimposed Earl Sinclair into one of the iconic T-Rex scenes which certainly makes the moment a lot more friendly and a ton less deadly.  Check it out: 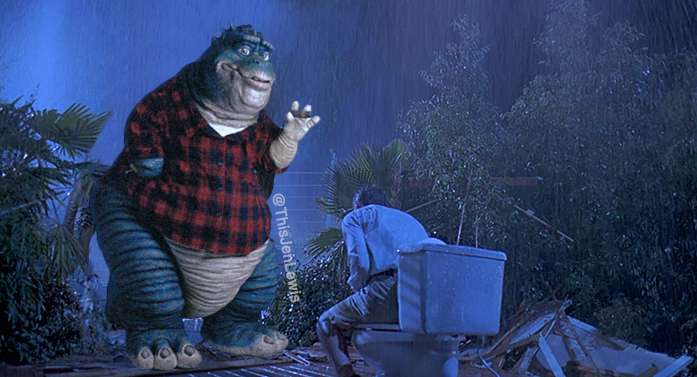 She also brilliantly photoshopped everyone’s favorite baby dinosaur into the egg hatching scene from the laboratory in Jurassic Park.  He’s the baby!  Gotta love him! 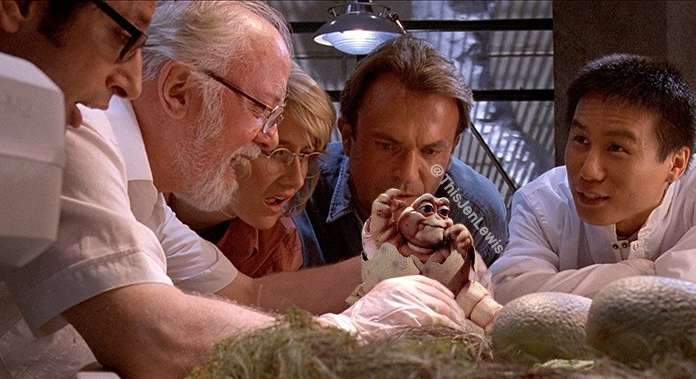 And who can forget the scene in Jurassic Park when Dr. Grant and the crew get their first hands-on and up-close and personal interaction with an actual dinosaur.  It was a Triceratops and, of course, Lewis replaced that dino with Earl Sinclair’s boss B. P. Richfield who just also happens to be a Triceratops: 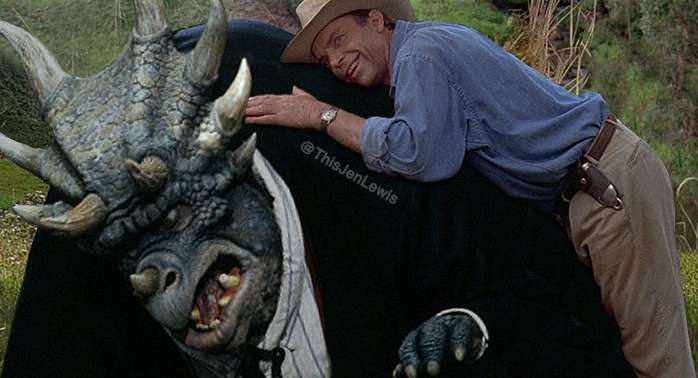 Lewis created several other awesome photos mashing up the two dino themed stories which she shared with her followers on Twitter and, we absolutely LOVE them!  Check out the super cool photos and one pretty funny video which she created below.  What other scenes do you think Lewis should create next?  Sound off in the comment section below

*Clears throat as if to announce something extremely important*
“Jurassic Park” but the dinosaurs are from the ‘90s TV show “Dinosaurs” pic.twitter.com/PMhfbuUlbX

Thank you for encouraging my new hobby. pic.twitter.com/QnAQU4KZvz