What is the true weight of love? Is love worth giving up your passions? Can you love two people at once? When age sets in will attraction still remain? These are just a few of the heavy handed questions that Solo: Islands of the Heart asks the player to grapple with.  For a game that looks so cute, it asks a few deep questions that may make players uncomfortable, especially if playing next to a loved one.

Solo: Islands of the Heart begins by asking the player to be brutally honest with their selves and to answer the questions presented in a truthful manner. Solo says it is an introspective look at love – but although the game asks a lot of questions, it does little more than force you to think about your values in relation to love. 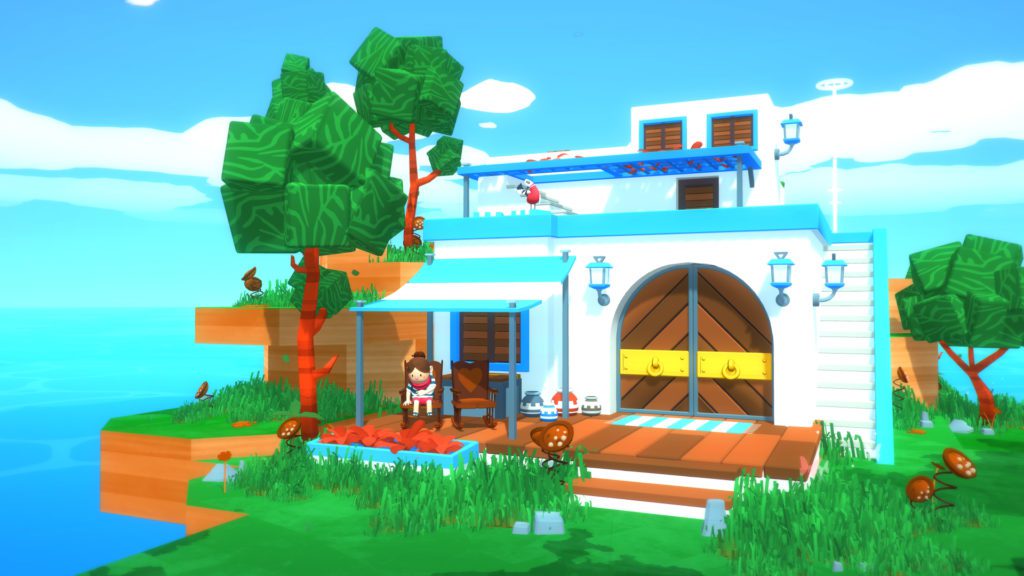 Solo never judges, rather it plays with your emotions. If you state that you believe you can only love one person at a time, the ghost of your significant other will ask you, sadly, about how you would feel if you found that she loved another. If you mention that sex is crucial to a relationship, your significant other will ask you what you will do when age ultimately tarnishes your attraction. You are never made to feel wrong for your choices, but Solo does attempt to make you question your answers, beliefs, and values.

MergeGames and Stage Clear Studios have created a fascinating, albeit short, examination of love. Solo is separated into three archipelagos, each full of areas you must traverse to find the next totem and face your next question. Solo is full of puzzles, which you must use blocks to figure your way through. It begins simple enough, with blocks being used to create simple staircases, but eventually transforms into unique puzzles involving blocks with the ability to stick to walls, blocks that create walkways, blocks that create air drifts, etc which you must fully use to reach distant islands. A magic wand to move blocks that you aren’t close to and an umbrella which grants the ability to glide help make the journey less frustrating. 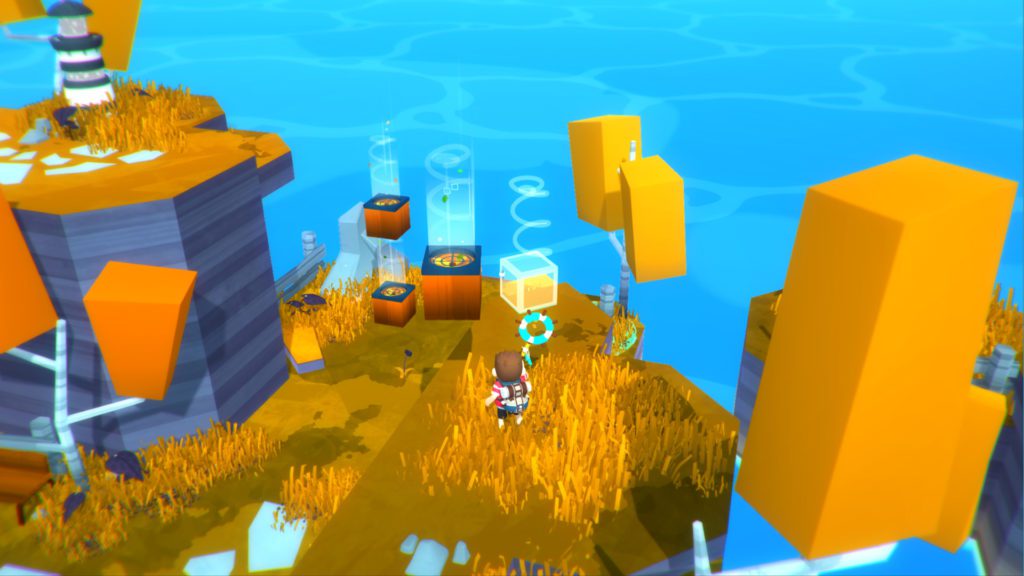 The puzzles can be tricky, but ultimately they are quick to solve once you grasp the intended sequence to progress. There is little room for variation as you’ll always have exactly the amount of blocks necessary to create the path the developers intended you to take – rather than being left to create your own path. While I never minded this, it does put a bit of a damper on the player’s ability to be creative.

Honestly though, the puzzles are there to make what would be a 30 minute game into a 3 hour game. Still short, but helps the player feel as if there is a bit of meat to the gameplay aside from just answering questions. 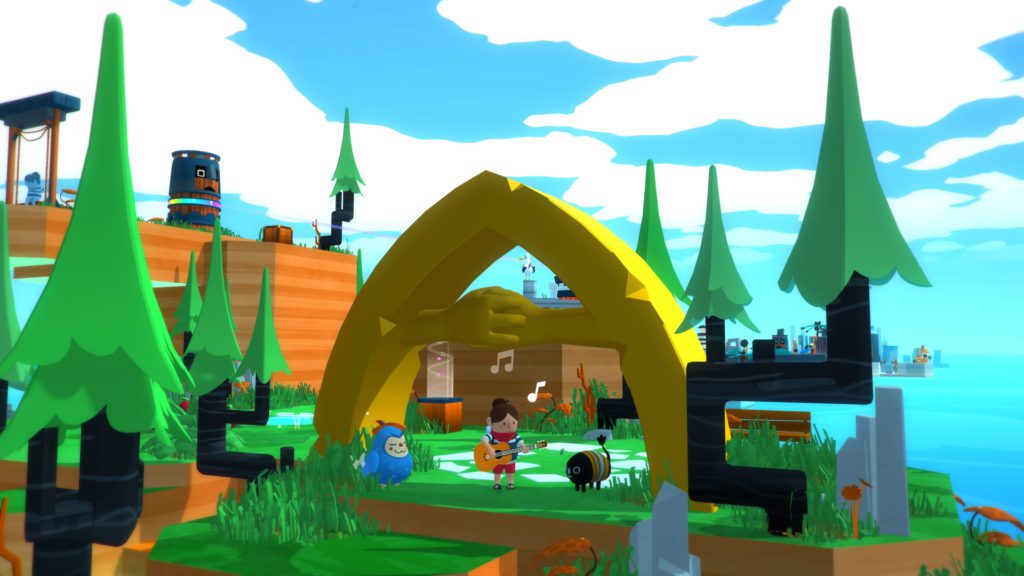 As you traverse the islands you’ll encounter the ghost of your significant other, who will almost always question you in relation to the last question you answered. These sections are meant to make you question your choices and as such, normally succeed. Scattered throughout the island are letters between lovers, helping you gain perspective on what it is to love and grow together, and animals you can help as side quests. These quests normally consist of little more than building a bridge between two areas, but serve as a welcome distraction.

You are given both a guitar and a camera from the start, but using them is a choice and you are never required to for progression. That said, there are multiple songs you can find throughout the islands which allow you to bring joy to the animal inhabitants, create rain or sunshine, turn the world to black and white or return it to color, and to bring out hidden animals. While novel, none of these factored into the gameplay in any serviceable way and I was slightly disappointed that my guitar wielding hero couldn’t turn the world black and white to solve a puzzle. I had wrongly assumed the guitar existed to create more complex puzzles, but rather exists as a novelty. The camera is used with side quests, but does require a bit of backtracking once you take the requested photos. 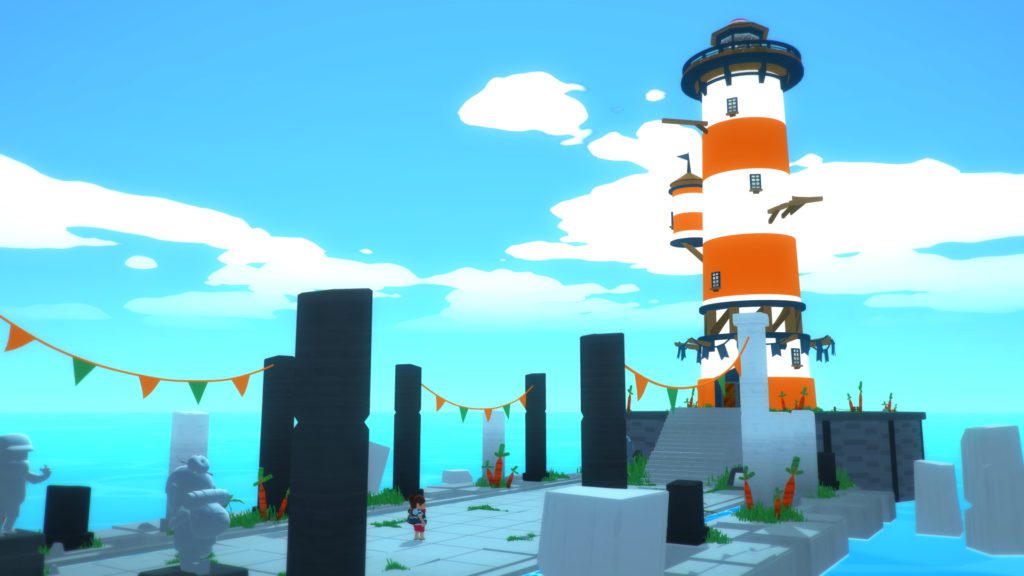 I would like to mention that the game caters to all and includes the choice to be male, female, or non-binary from the outset and allows you to choose who you love: female, male, non-binary, or any. This is something I have yet to see in other video games, although I suspect will become more common with time.

Solo: Islands of the Heart may not be groundbreaking, but is a welcome addition to the crowded indie game catalogue. An introspective look at love, sex, family, and relationships – the game offers few answers but forces you to think. Sure, there are no right or wrong answers and the game will not know if you are being truthful, but to answer with a lie would defeat the game’s purpose. I urge players to take a few hours and work their way through Solo slowly, allowing the game’s quiet and serene world in. Take time to allow your character to sit on a swing and look out over the ocean or to meditate. In a world where so many games move at a painstakingly fast pace, it’s nice to meet a game that is in no hurry and instead relishes in enjoying the small things in life. 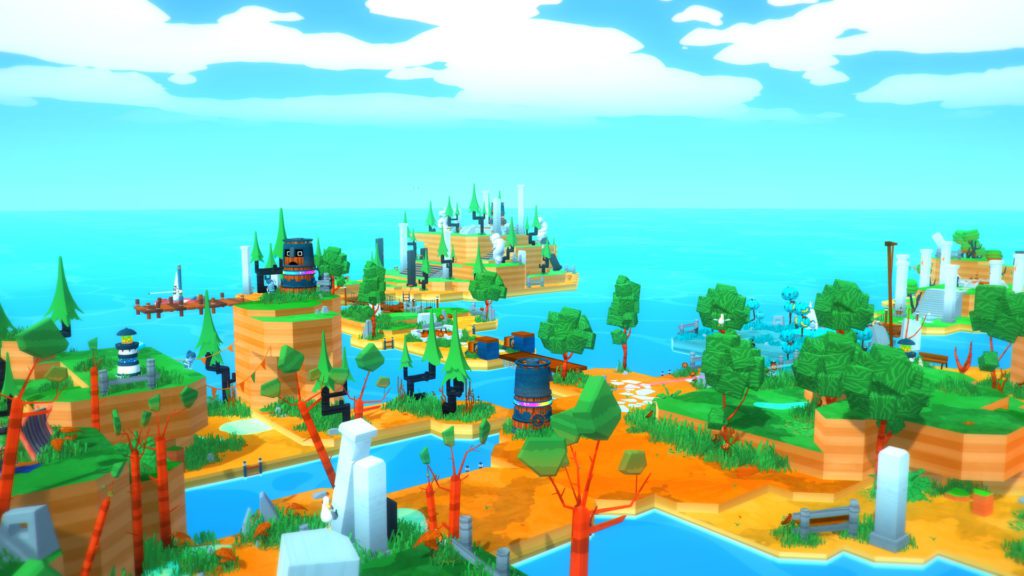 Solo: Islands of the Heart is available now on the Nintendo Switch, PS4, and Xbox One. A review code for the PS4 was given to Fan Fest News for the purpose of this review.