Fans of Transformers were thrilled yesterday when it was announced that a trailer for Bumblebee: The Movie was finally on its way. The film is the first spin-off of the Transformers movies and will star a fan-favorite, the yellow Autobot himself.

In a message to a Transformers page, John Cena wrote this message about the film and his own excitement.

‘Hey, what’s up? This is John Cena from the new movie Bumblebee. We are taking it back to the beginning with Bee and it’s set in a time period where I first fell in love with Transformers. The new trailer debuts tomorrow, and don’t miss Bumblebee in theaters this Christmas.’

True to his word, the trailer for Bumblebee is here and we’re feeling like kids on Christmas. Not just because the film will hit theaters around that time, but because we’ve always been massive fans of Bumblebee.

The movie is taking a step back and restoring Bee to his original Volkswagen Beetle state, as explained in the official synopsis.

‘On the run in the year 1987, Bumblebee finds refuge in a junkyard in a small Californian beach town. Charlie (Hailee Steinfeld), on the cusp of turning 18 and trying to find her place in the world, discovers Bumblebee, battle-scarred and broken. When Charlie revives him, she quickly learns this is no ordinary, yellow VW bug.‘

You can view the trailer and brand-new film poster below and see Bumblebee: The Movie in theaters on December 21st. 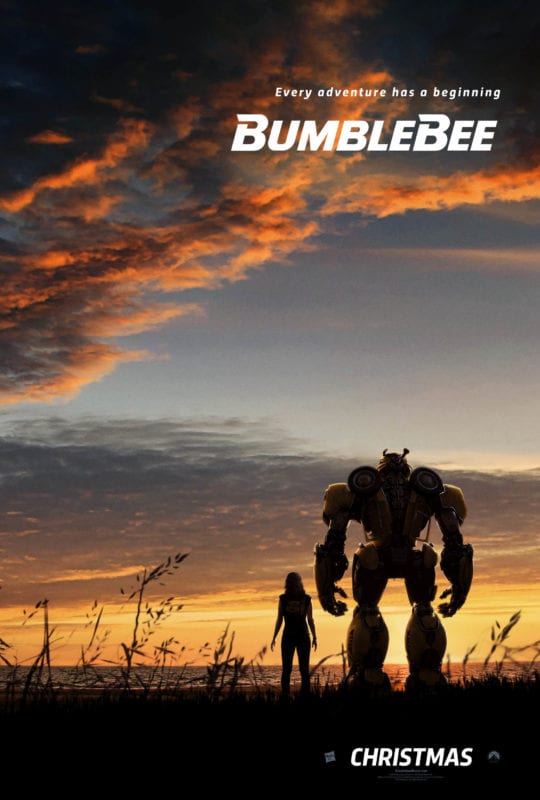